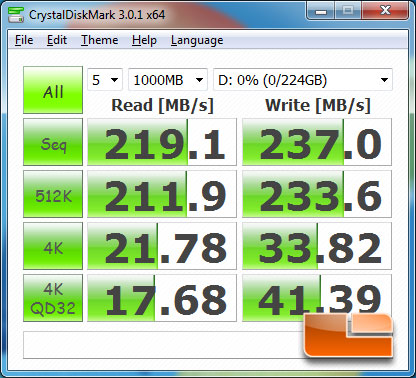 Benchmark Results: The BIOSTAR TPower X79 uses the same ASMedia AMD1042 SuperSpeed USB 3.0 controller that the ASUS Rampage IV Extreme uses. To date, the ASMedia ASM1042 is the top performing controller that we have come across! The BIOSTAR TPower X79 was able to average 219.1MB/s sequential read and 237.0MB/s sequential write. This is only 3.6MB/s behind the ASUS Rampage IV Extreme average write and 1.7MB/s behind the average write. This is the closest competitor to the ASUS R4E we have seen so far, everything else has been a minimum of 10MB/s read (some as much as 34MB/s behind), and 36MB/s (some as much as 100MB/s down) behind in the average write! 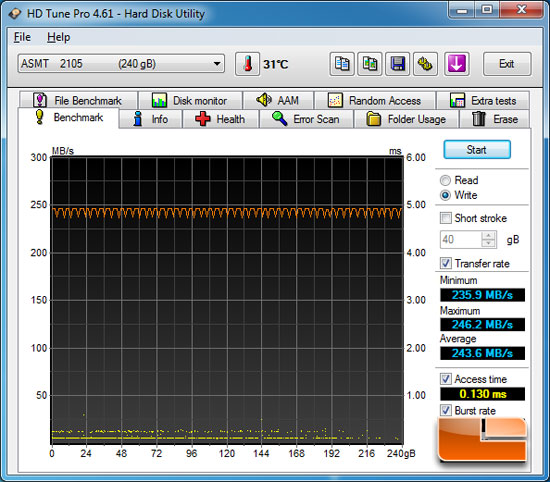 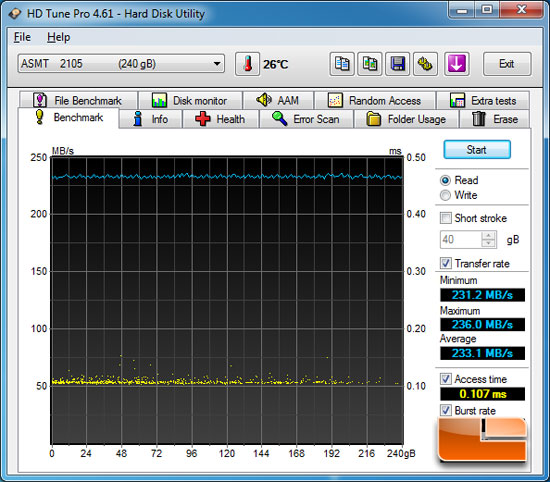