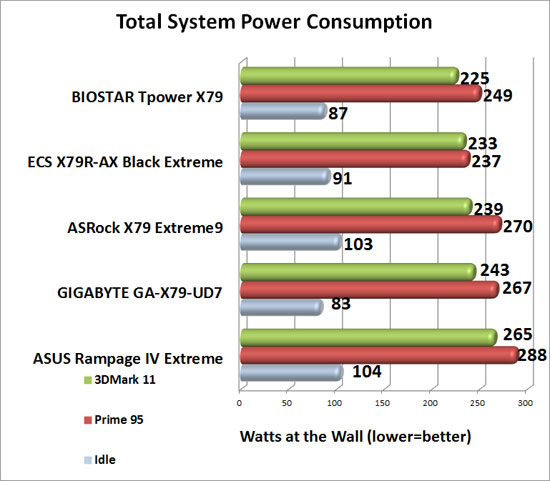 Benchmark Results: The BIOSTAR TPower X79 had the second lowest idle power consumption of any of our boards today. Quietly sipping away the BIOSTAR TPower X79 was pulling only 87 Watts at the wall it idle, second only to the GIGABYTE GA-X79-UD7 which was pulling only 83 Watts. Firing up 3DMark 11 our power consumption goes up to 225 Watts, which is the lowest power consumption by 8 Watts. Loading up our Intel Core i7 3960X with large FFT’s in Prime95 the power draw goes up to 249 Watts. It is still lower than most of our boards, though it was 12 Watts more power than the ECS X79R-AX Black Extreme.