The very first benchmark that we ran on the ASUS ROG Zephyrus G14 was Cinebench R20. This popular benchmark is free and gives useful performance information with regards to both single- and multi-core CPU performance. 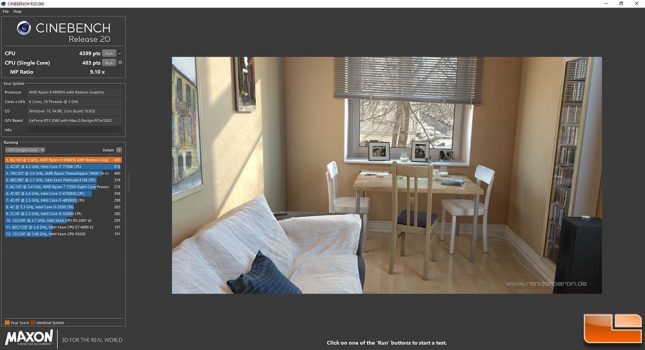 The results showed the Zephyrus G14 powered by the AMD Ryzen 9 4900HS finished with a single core score of 483 points and a multi core score of 4,399 points. That is an impressive score as the Intel Core i9-9900K 8-core, 16-thread desktop processor scores around 507 points and 4,344 points, respectively. The AMD Ryzen 7 3700X processor scores 499 points and 4,877 points, respectively. This tiny 14-inch gaming laptop is powerful enough to score alongside some of the fastest desktop processors on the market! 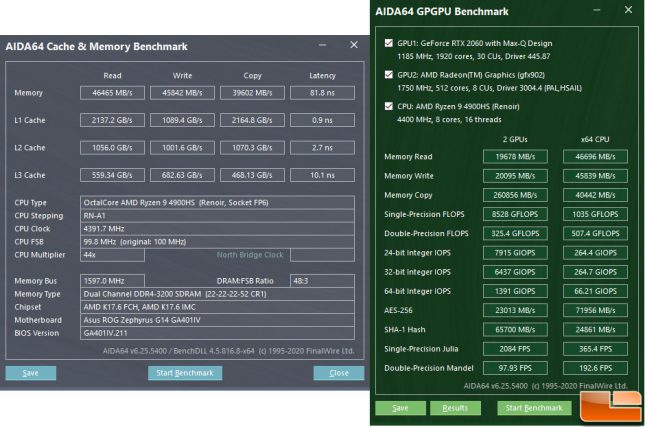 Next we ran AIDA64 Cache & Memory and GPGPU Benchmark to get a quick look at how the memory is GPU performance looks. AIDA64 showed that our Zephyrus G14 was running the memory at DDR4-3200 speeds in dual channel mode with CL22-22-22-52 timings with a 1T command rate. That was good for 46 GB/s of read/write memory bandwidth. The copy test bandwidth was just under 40 GB/s and the latency of the memory kit was 81.8ns. 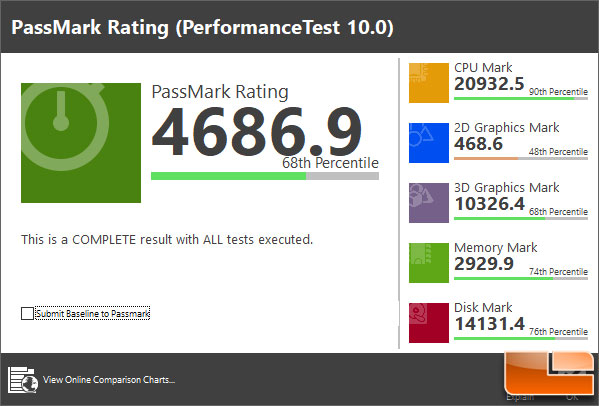 We ran the full PassMark Performance Test 10.0 workload and came up with an overall rating of 4,686.9 points. The CPU Mark subtest of 20,932.5 was in the 90th percentile of all CPUs submitted! 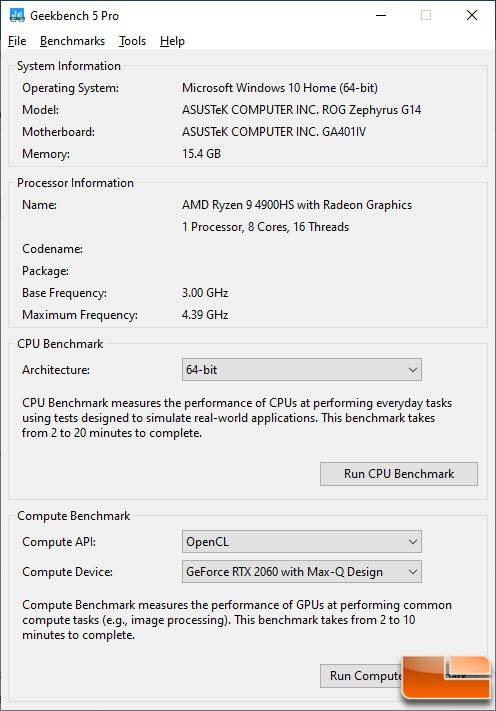 Next up we ran Geekbench 5 Pro on the ROG Zephyrus G14 laptop and we charted the results. 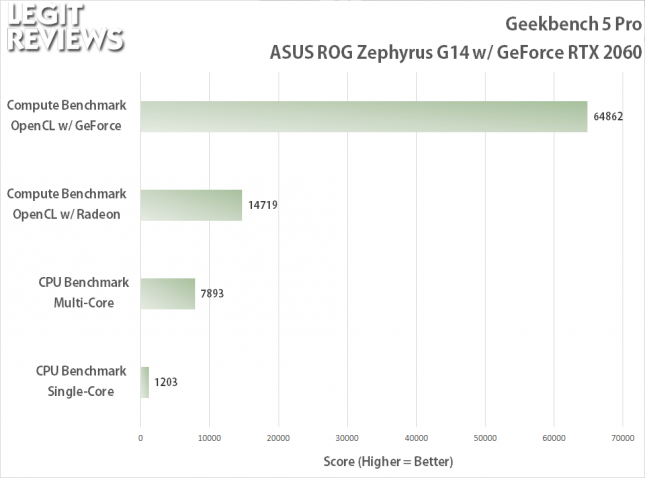