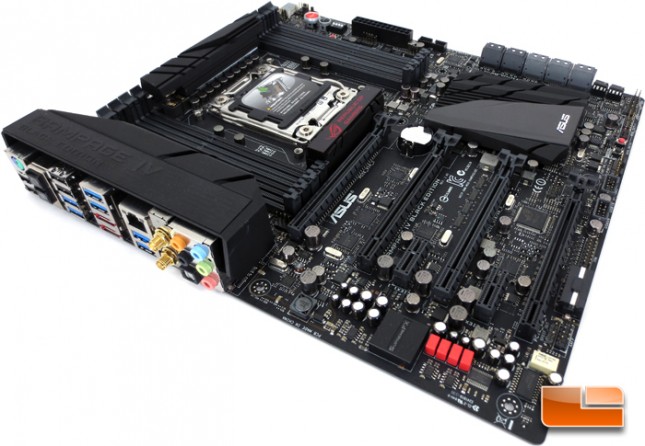 It’s been awhile since we’ve looked at an Intel X79 motherboard so lets do a little refresher and take a look at the Intel X79 block diagram. 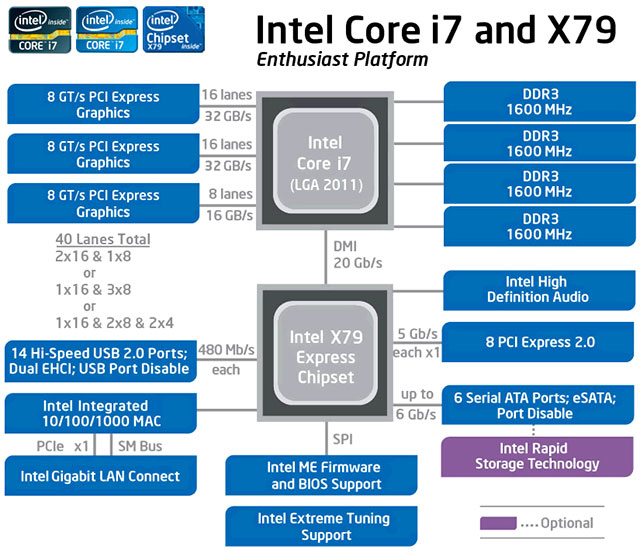 The Intel X79 chipset brought with it quad channel memory, at the time the X79 chipset launched back in November 2011 the X58 platform was able to support triple channel memory. The addition of quad channel memory brought our memory bandwidth up considerably, compared to the first generation Intel Hex-core processors we saw more than double the performance(which you can check out here). It was noted at the time that the hex-core processors like the Intel Core i7-970 weren’t exactly vikings when it came to memory bandwidth. Another advantage to the X79 platform is the multi-GPU capabilities. The X79 platform has up to 40 PCIe lanes available for graphics. The Intel Z87 platform only has 16 PCIe Gen 3 lanes available, in order to run more than two graphics cards motherboard manufacturers needed to implement a solution, that came in the form of a PLX chip which added additional PCIe lanes, though there was a small hit to performance in a single card configuration. 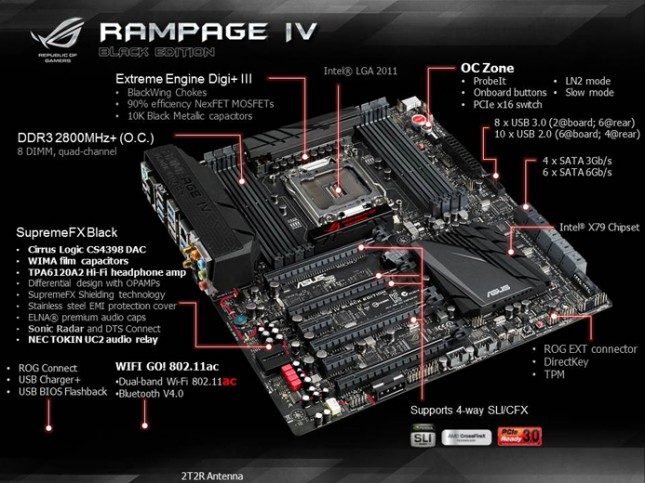 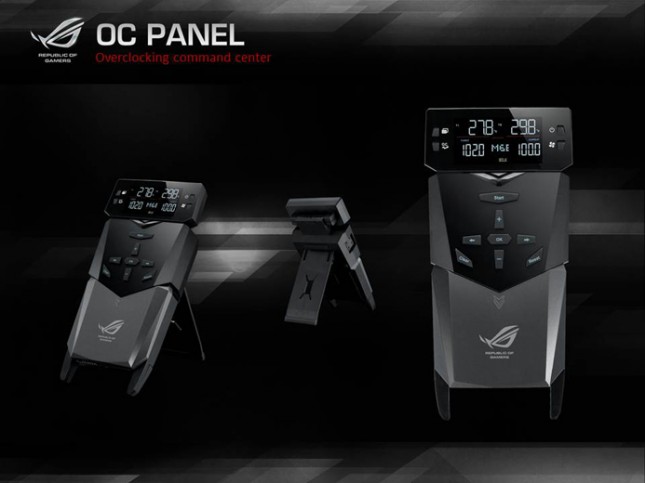 The Rampage IV Black Edition comes with an OC Panel that is capable of controlling almost every aspect of the board with regards to overclocking. 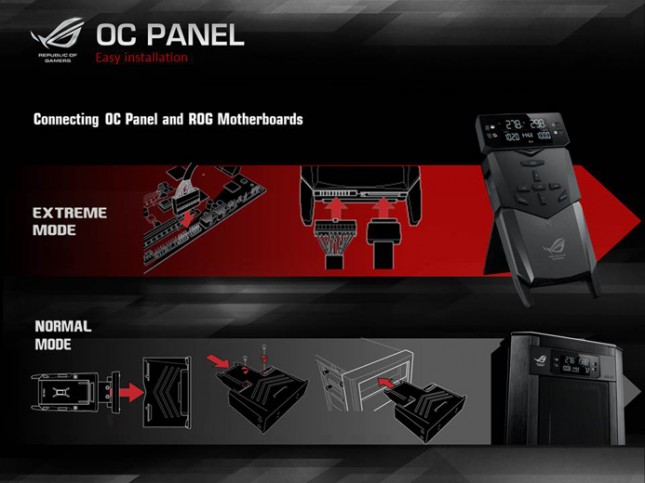 The OC panel can be used two different ways. It can be used outside of the case in the normal mode or extreme mode, or it can be installed into the included 5.25″ bay adapter and be used in the ‘Normal’ mode. 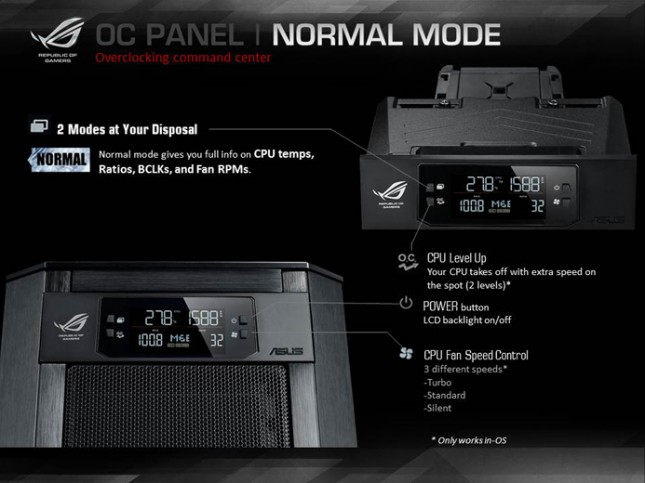 When the OC Panel is mounted in your case, you can use it to monitor your system vitals. The vitals include the CPU temps, ratios, BCLKs, and fan speeds. If you’re in need of a speed boost, you can utilize the CPU Level up, 2 different levels of the CPU level up are available. The OC Panel also allows you to toggle your fan speeds between Turbo, Standard, and Silent. 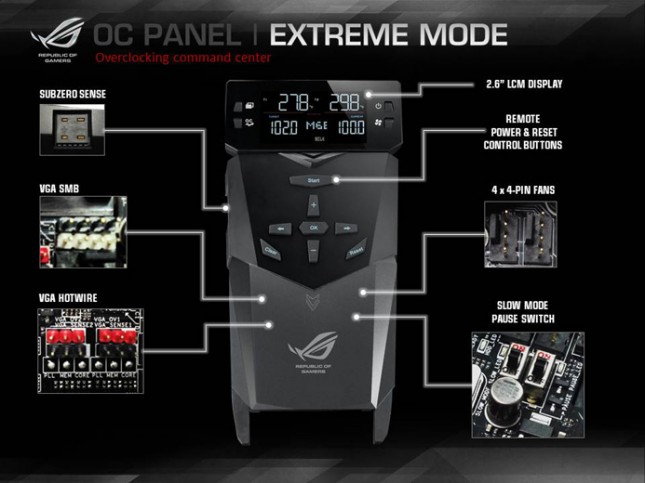 Using the extreme mode of the OC Panel gets a bit more complex and involved. You can see above that the OC Panel includes features that are typically used by those cooling with Liquid Nitrogen and/or doing some serious overclocking sessions. The OC Panel has the ability to run two K-type sensors to monitor temperatures, VGA SMB, VGA Hotwire, remote power and reset buttons, four 4pin fan headers, and you can engage the slow mode and pause switches. 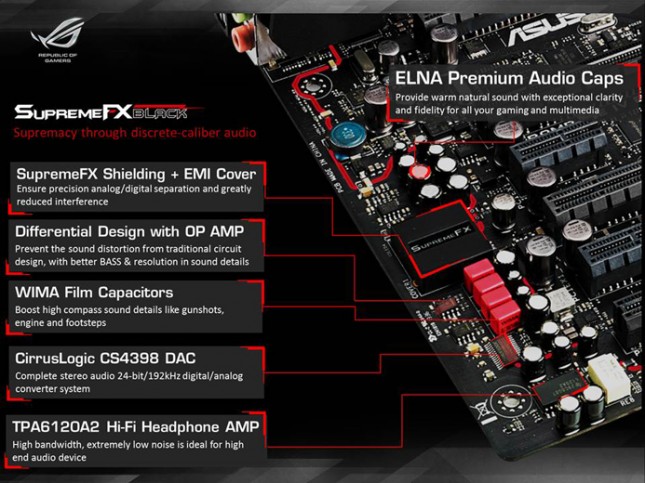 ASUS has put a lot of work into the audio solution on the ASUS Rampage IV Black Edition. ASUS has implemented features such as the TPA6120A2 Hi-Fi Headphone AMP, Cirrus Logic CS4398 DAC (Digital to Analog Converter), WIMA Film Capacitors, ELNA Premium Audio Capacitors and of course shielding to protect the audio components from the EMI from the rest of the board. 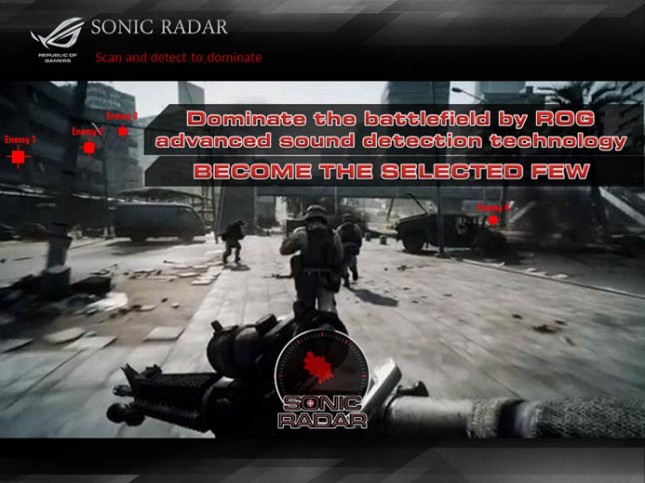 The Sonic Radar helps you hear where your enemies are before you even see them. 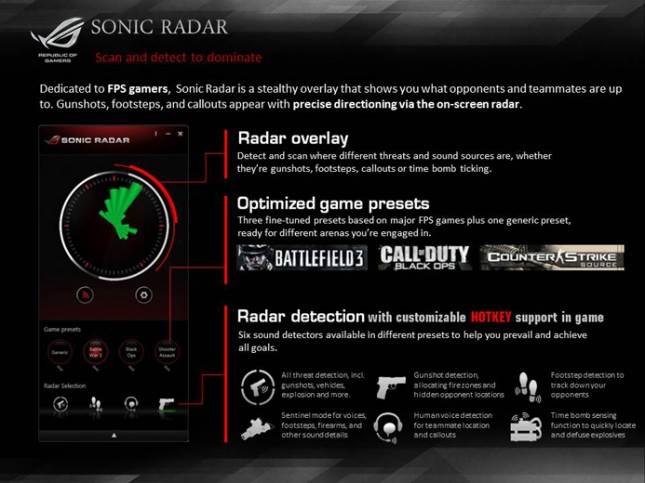 The Sonic Radar is completely customizable to your needs, or it comes with presets that are optimized for certain games. I’ll admit that it does take a little getting used to, but after some time with it you may not even realize that you’re using it and loving it until it’s gone. 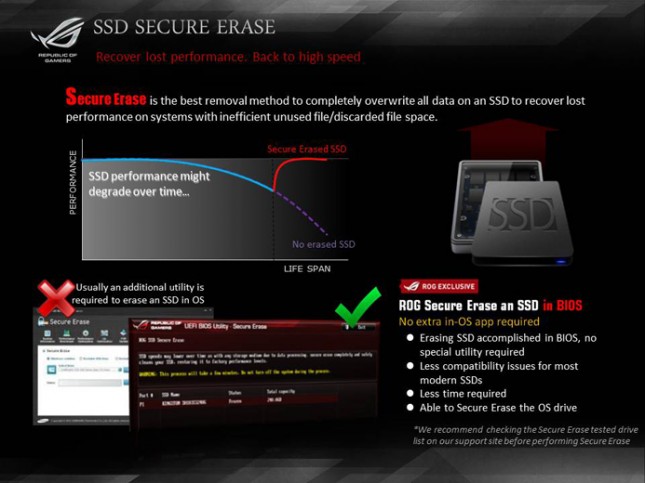 SSD performance can degrade over time, the best way to get that performance back is to overwrite all of the data via a secure erase. Whenever I’m running the SATA and USB tests I perform a secure erase with a third party application so the performance is the same across the board. ASUS has included a ROG Secure erase app within the UEFI BIOS to accomplish this now, no extra applications are needed with the Rampage IV Black Edition. 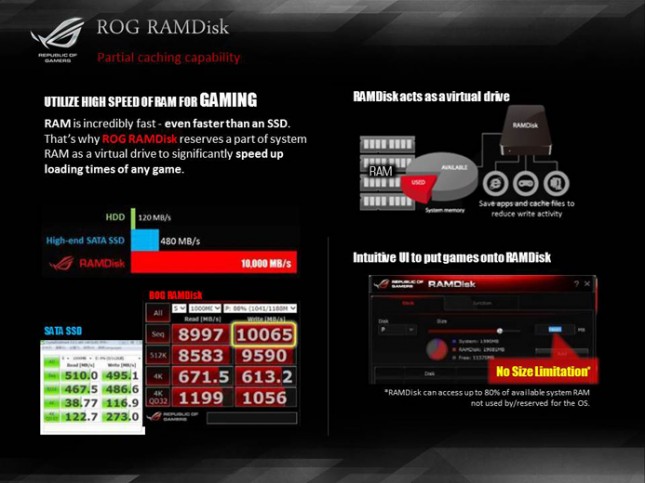 System RAM is incredibly fast, if you can harness unused ram and use it as a virtual drive, it’ll be a screamin’ fast drive. ASUS has included a RAMDisk application that allows us to do just that! 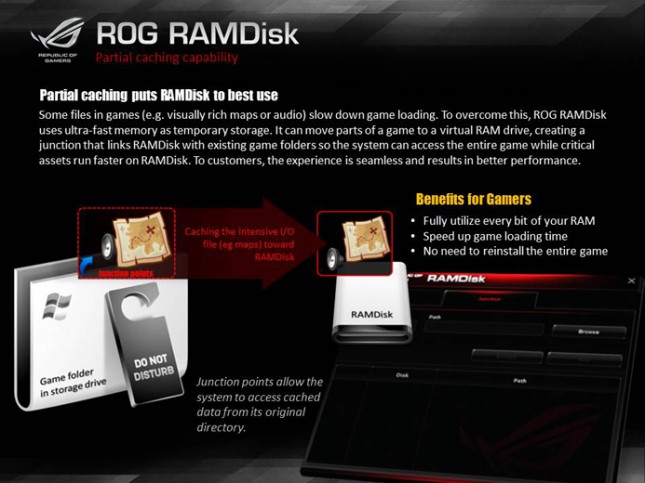 Allowing the system to use the RAM as a virtual drive and letting it Cache files can speed the system up, a RAMDisk can be as much as 20 times faster than a single SSD. The ASUS application creates junction points that can sync the cached data with the original directory for the fastest possible access!