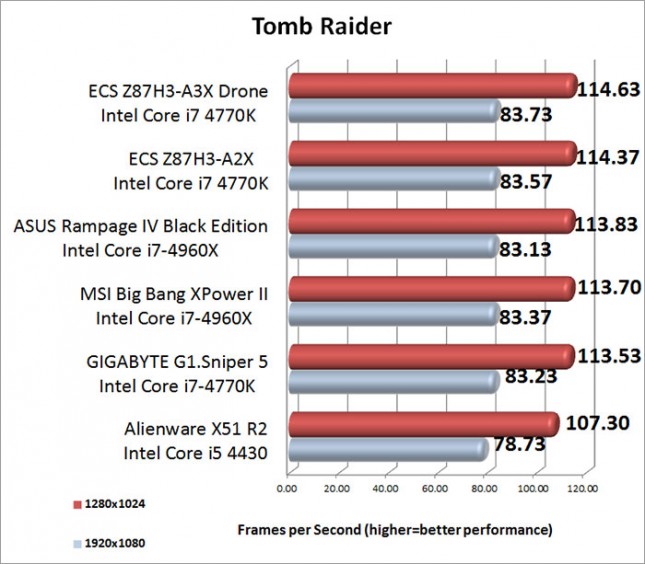 Benchmark Results: The ASUS Rampage IV Black Edition and the MSI Big Bang XPower II were once again trading blows. The ASUS was able to take the lead at 1280×1024 with an average of 113.83 fps while the MSI averaged 113.7 fps. Running the benchmark at 1920×1080 the MSI took the win with an average of 83.37 frames per second while the ASUS Rampage IV Black Edition average 83.13 frames per second. I think it’s fair to say that our Intel X79 boards are pretty well matched with each other in the games so far.