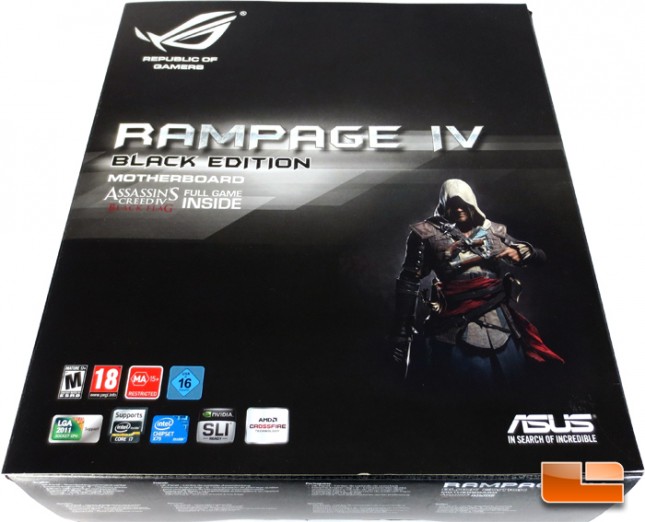 ASUS has always done well with their retail packaging, the Rampage IV Black Edition is no exception. The front of the package is subtle and doesn’t feature the flashy colors of some, but catches the eye well. Aside from the Rampage IV name, we can see some of the technologies integrated into the board. Did I forget to mention a full copy of Assassins Creed IV Black Flag is included as well. 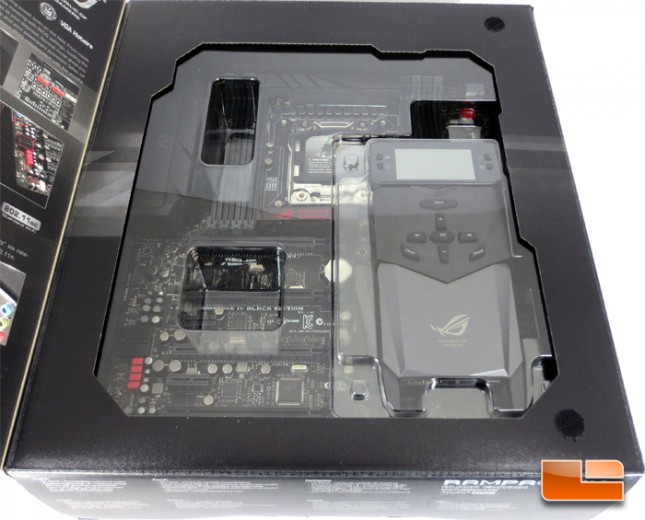 Not unlike many of the high end ASUS boards that we have come across, the front of the Rampage IV Black Edition packaging opens up to reveal the board and the OC Panel. 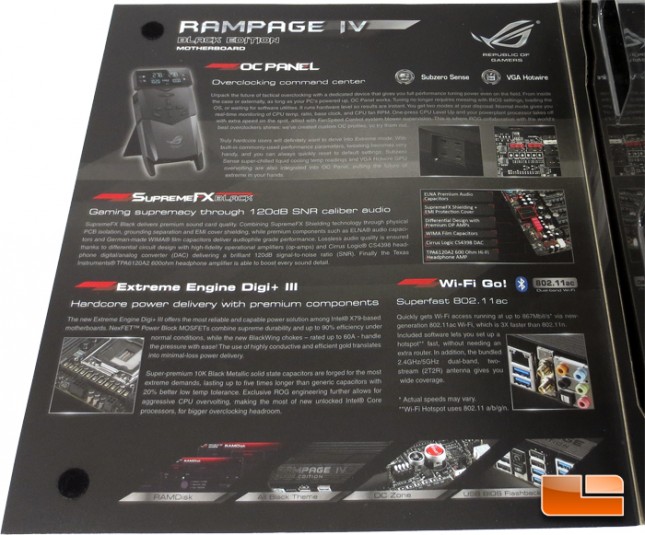 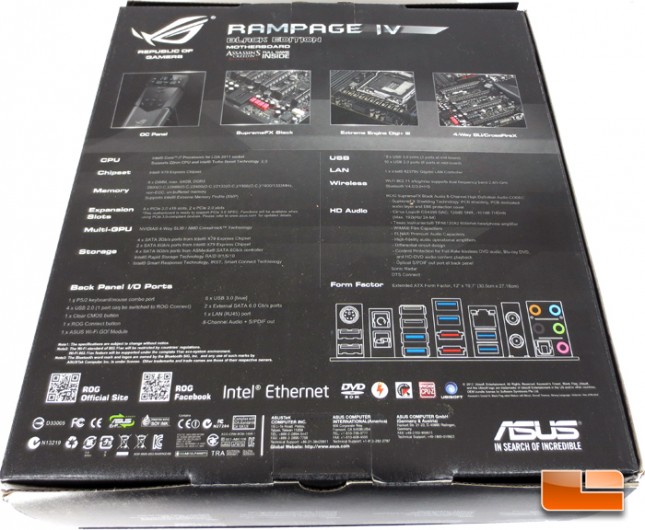 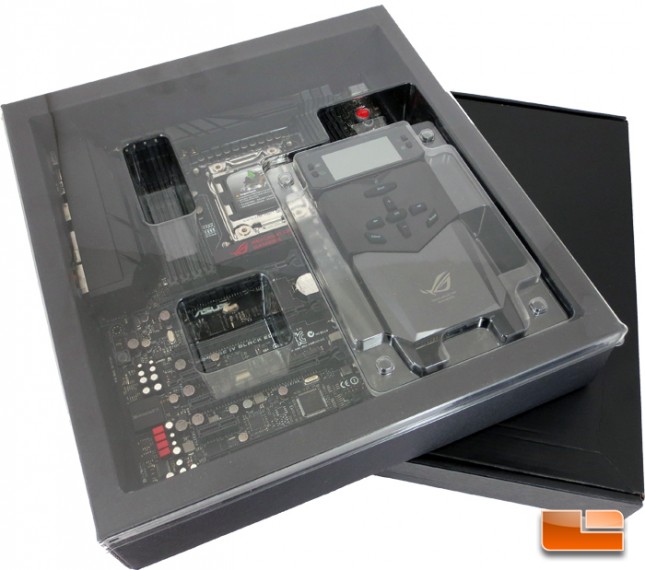 As we start pulling apart the packaging for the ASUS Rampage IV Black Edition X79 motherboard, it is divided into two separate boxes within the outer shell. This helps protect the PCB from moving around to much as well as keeping the bundle away from it and potentially damaging it. 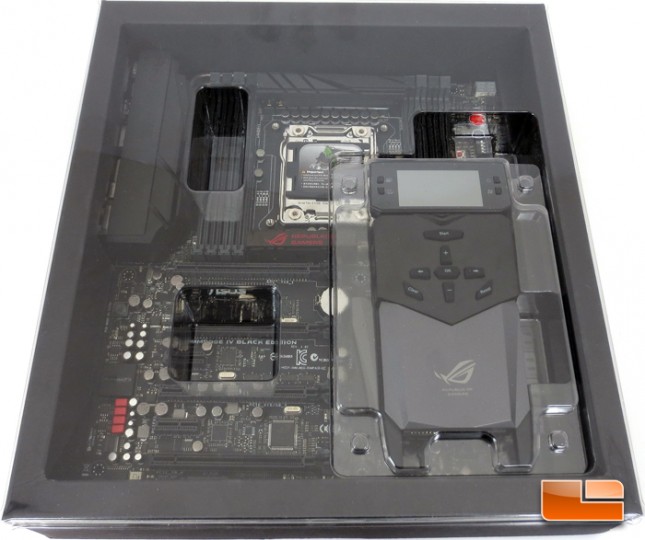 The ASUS OC Panel is kept right out in the open, this makes sure that it’s seen as soon as you pick up the ASUS Rampage IV Black Edition packaging and open it up! 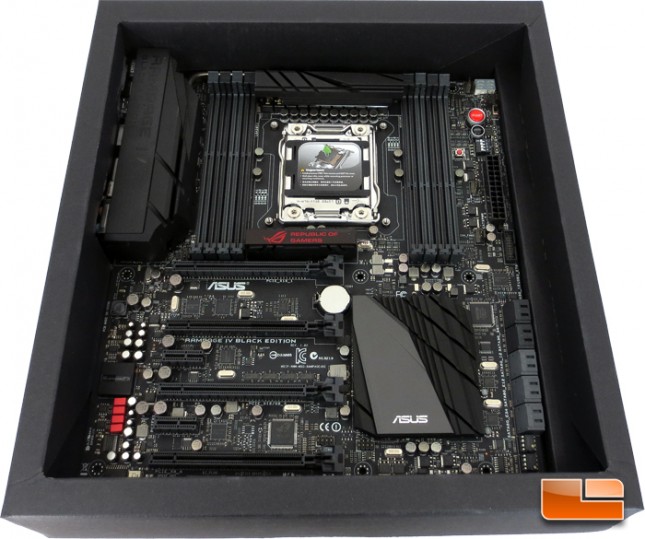 Given our first unobscured look at the ASUS Rampage IV Black Edition, it’s clear that ASUS took the Black to the extreme. Just about everything that can be blacked out is, and if it’s not black it’s at least shaded. 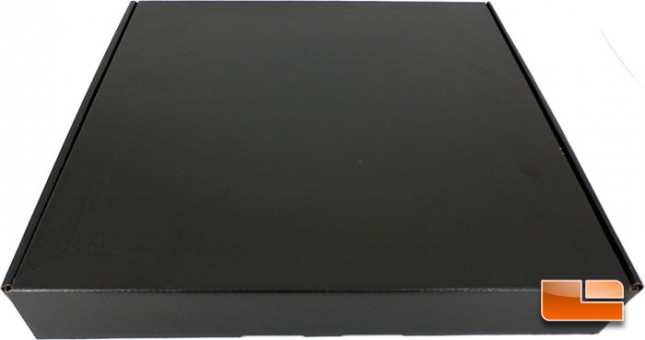 The box containing the retail bundle certainly isn’t exciting, but it keeps everything inside of it nice and secure. 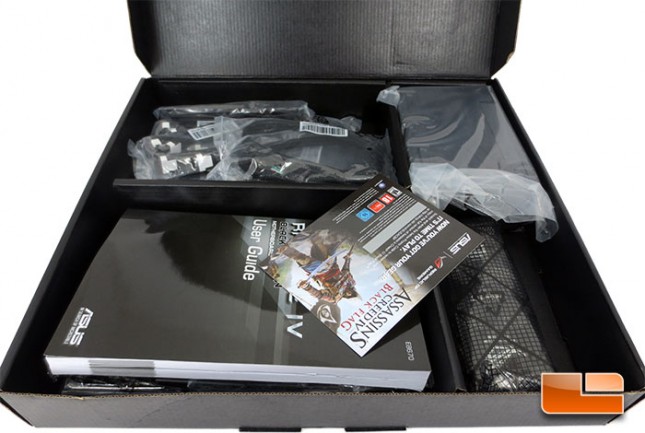 Opening up the box for the bundle it’s nice to see that everything with the exception of the Assassins Creed Black Flag card is in place right where it was to begin with. 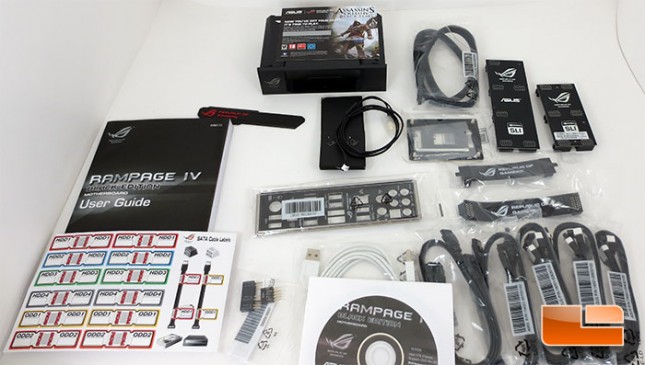 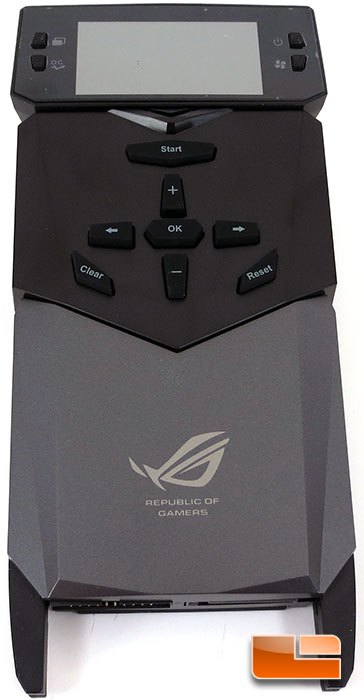 The ASUS OC Panel has a couple of different modes that you can use. The simplest is the ‘Normal Mode’ . The Normal mode is used when the OC Panel is mounted in the 5.25″ bay adapter above and uses the buttons next to the display. From there while in normal mode you can monitor temperatures, ratios, base clock, fan speeds and adjust the fan speeds between Turbo, standard and silent modes. The normal mode also allows us to use the CPU Level Up feature for two stage overclocking. The second is for the more extreme, hence why they call it Extreme Mode. 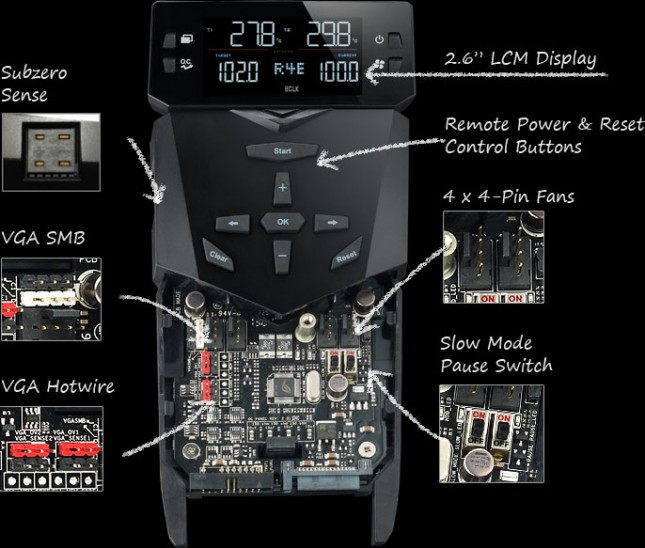 The Expert Mode truly is for the guys looking for some extreme overclocking. From the OC Panel you can do nearly everything that you can from the ASUS Rampage IV Black Edition motherboard for extreme overclocking. The OC Panel features four 4pin fan headers, Subzero Sense, VGA SMB, VGA Hotwire, power and reset buttons, as well as a slow mode and pause switch. When it comes to adjustments, there’s almost no reason to head into the BIOS, we can tweak the voltages, frequencies, and ratios right from  the OC Panel! 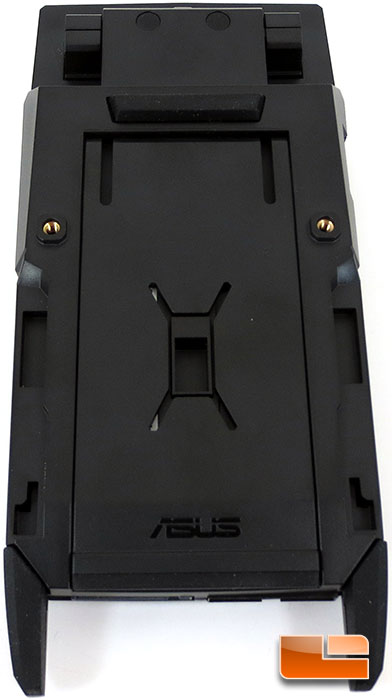 Flipping the OC Panel over we can see the screw holes for mounting it inside the 5.25″ bay adapter we saw above. 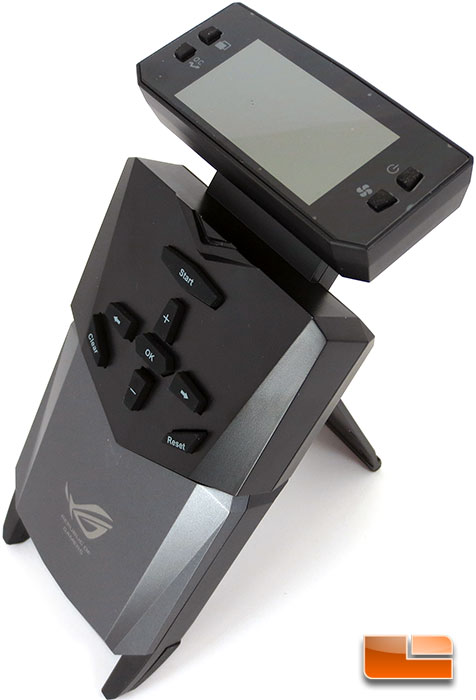 The back of the OC Panel will pop out and work as a stand if you’re looking to set it up on a table or workbench while overclocking.