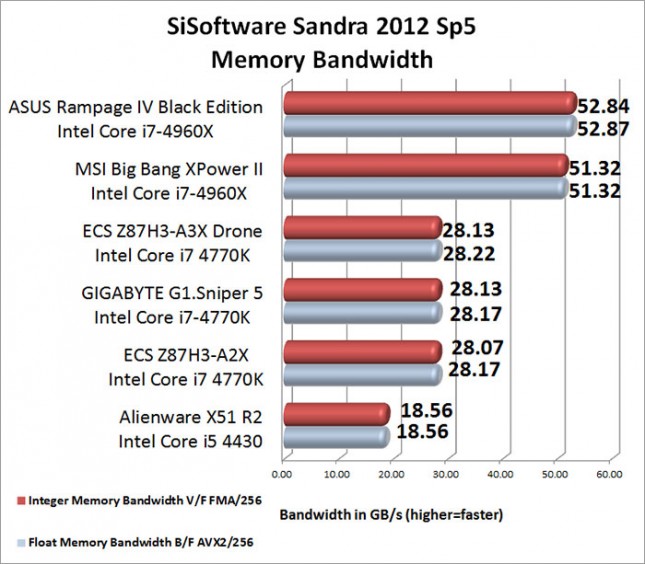 Benchmark Results: The ASUS Rampage IV Black Edition was able to hit an impressive 52.8GB/s aggregate memory bandwidth performance, which is more than 1.5GB/s faster than the MSI Big Bang XPower II and nearly 88% faster than the fastest of the Intel Z87 Chipset motherboards we have.