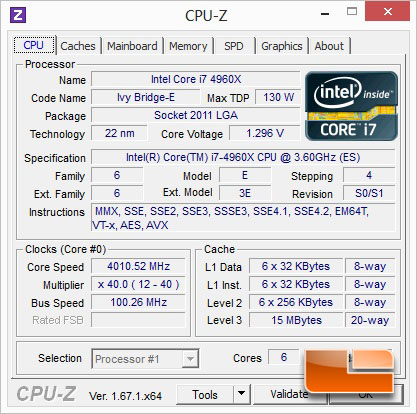 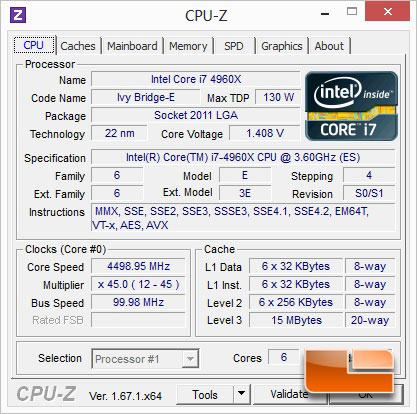 Our first go around with the ASUS Rampage IV Black Edition and overclocking we wanted to try the autotune option from within the UEFI BIOS. Once we enabled this in the UEFI the system rebooted and after just a short time we were right back into Windows and everything was solid. Once we opened up CPUz 1.67.1 we found that the ASUS Rampage IV Black Edition had brought the Intel Core i7-4960X to 4.5GHz. 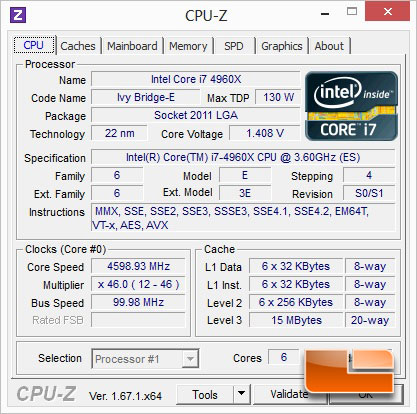 After I ran the autotune above, I promptly reset the BIOS and gave Overclocking a go from a fresh start. I knew the system would handle 4.5GHz without an issue, so I used that as a starting point. It didn’t take much to get into Windows at 4.6GHz. Sadly, 4.6GHz wasn’t stable for benchmarking. I was able to run some applications and general usage was fine, but once I loaded up the CPU the system would crash. I increased the CPU vCore to as much as 1.45 Volts and didn’t have any more luck. 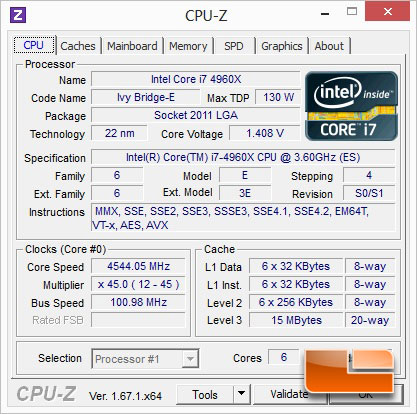 Since 4.6GHz wasn’t stable for me, I backed the vCore down as well as the multiplier back to x45. I toyed with the Bclk and brought it to 101 which was the highest stable frequency I could achieve today. Overall I am happy with an overclock of 4544MHzd that was rock solid! 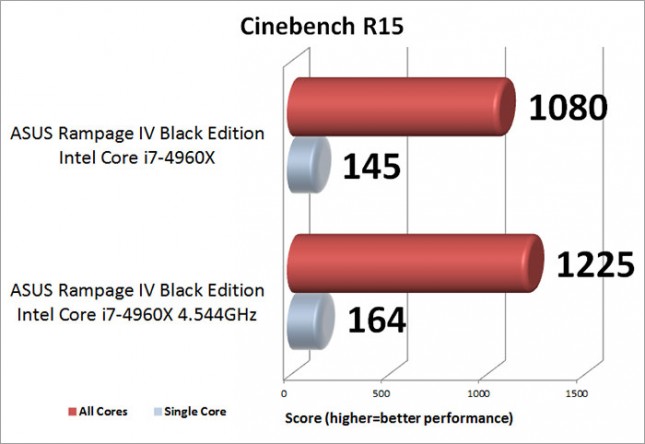 What overclocking session would be complete without a couple of benchmarks? First up is the new Cinebench R15, at stock speeds the ASUS Rampage IV Black Edition has a single core performance of 145 points and a SMP (Symmetric Multiprocessing , all cores) score of 1080 points. Running the Intel Core i7 4960X at 4.544GHz the single core score increased to 164 points, a gain of 13.1% while the SMP score increased to 1225 points, a gain of 13.4%. Considering we achieved an overclock of 13.6%, it’s pretty consistent scaling. 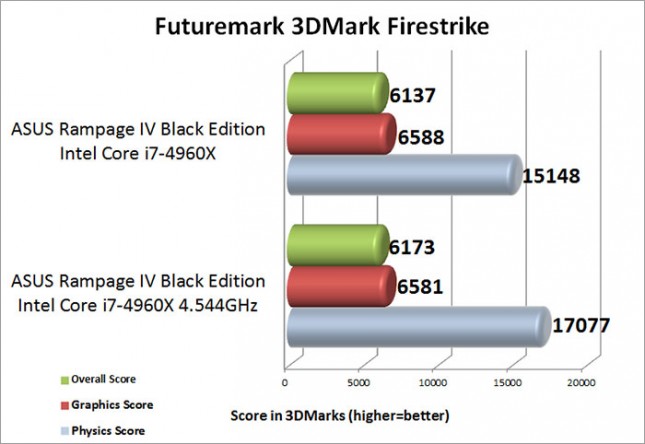 Futuremark 3DMark Firestrike saw a gain of only 36 points in the overall score running at 4.544GHz, as nice of a card as the ASUS GeForce GTX 670 DCU II is we are a bit GPU limited in 3DMark so we didn’t expect a huge jump in the overall. The Physics score which relies on the CPU jumped from 15148 points to 17077 points, if you took an educated guess that we will see a gain of ~13% grab yourself a cookie! The Physics score went up 12.7%, pretty close to the 13.6% overclock. 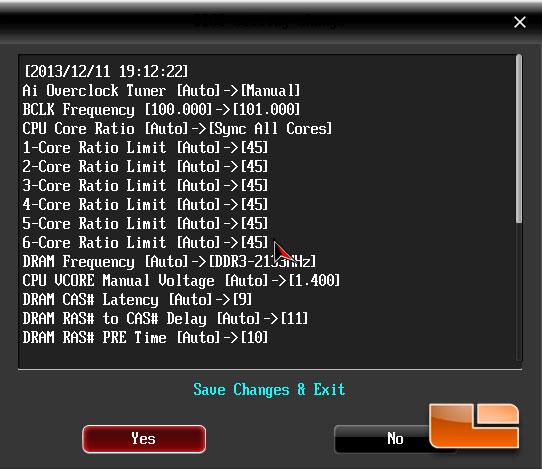 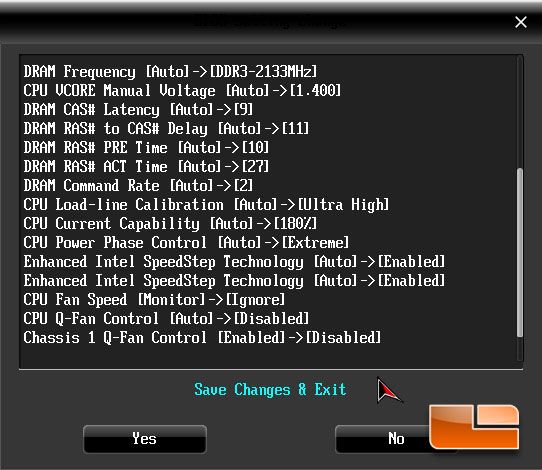 The ASUS Rampage IV Black Edition UEFI BIOS shows us everything that we changed in the BIOS as we exit. Above you can see all of the settings that were changed to hit 4.544GHz. If you have this board and processor feel free to give these settings a try and be sure to let us know how it works out for you.