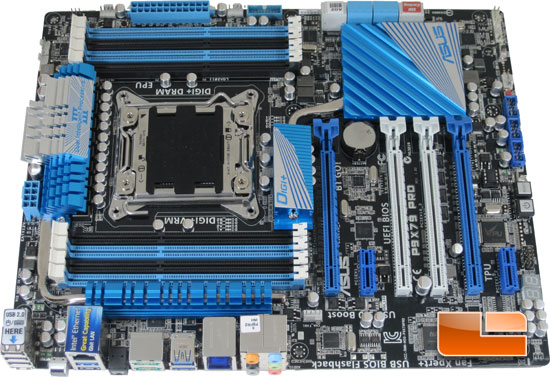 Overall I like the look of the ASUS P9X79 Pro. It has the same color scheme that we have seen on the non Republic of Gamers boards that we have looked at recently. 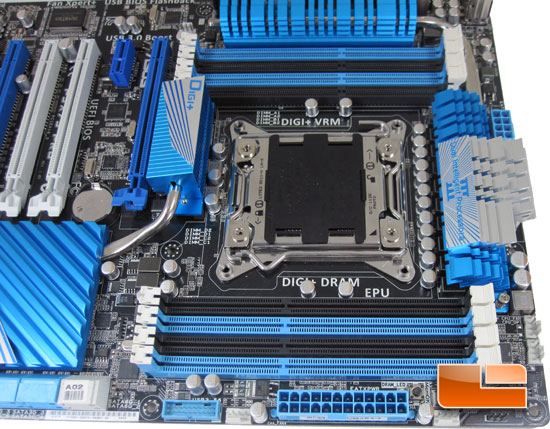 The area around the CPU socket is rather crowded. We have a series of solid capacitors on the right hand side of the LGA2011 socket. The most obvious feature of the ASUS P9X79 Pro is the DIMM slots. The ASUS P9X79 features support for quad channel memory and has a grand total of eight DIMM slots! Each of the eight DIMM slots will support an 8GB module for a total of 64GB of system memory. The ASUS P9X79 will support memory at speeds of up to 2400MHz! Just below the DIMM slots we have a number of features that are typical on ASUS motherboards. Among these is the internal SuperSpeed USB 3.0 header, MemOK!, DRAM LED, and a pair of 4pin Chassis Fan Headers, and to the right of the bottom set of DIMM slots we have a pair of 4pin CPU headers. 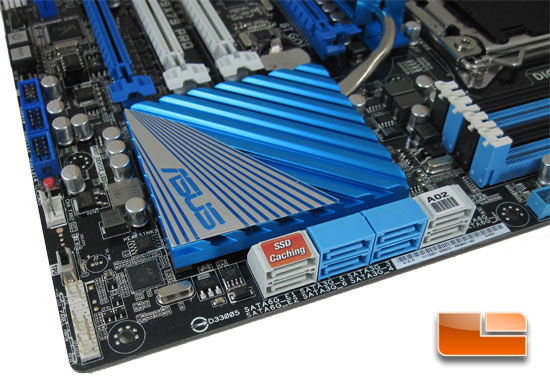 Spinning the ASUS P9X79 Pro around, we can take a look at what’s going on in this corner of the motherboard. The first feature that stands out to us is the SSD Caching. This is a feature that isn’t available through the chipset, so ASUS has implemented their own solution. Since it isn’t available through the chipset, ASUS uses a Marvell 88SE9128 SATA III controller. In order to enable this feature, all you need is an SSD, a hard drive, and ASUS AI Suite II. It’s a simple one click setup and you’re good to go. The Intel X79 chipset supports six SATA ports, two SATA III 6Gbps (white) and four SATA II 3Gbps (Light blue). On the corner of the ASUS P9X79 Pro we have the pin out for the front panel, TPU switch, 4pin Chassis fan, Clear CMOS button, and three internal USB 2.0 headers. 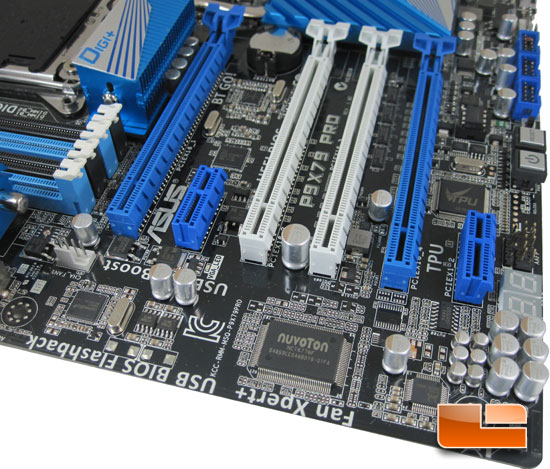 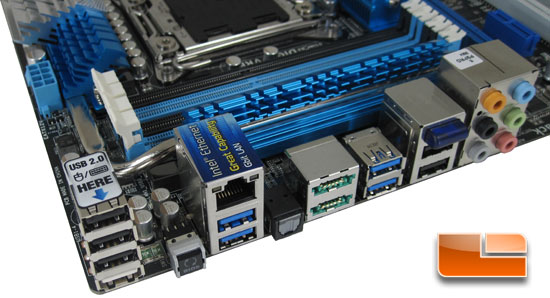