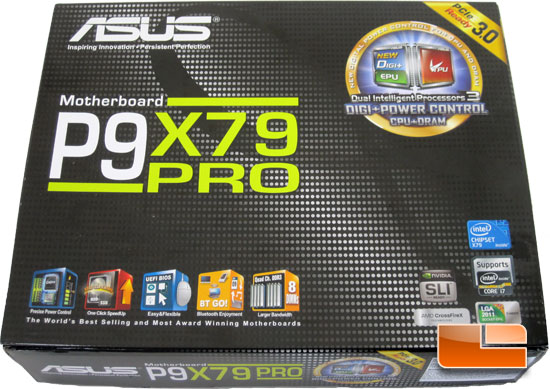 The retail packaging for the ASUS P9X79 Pro doesn’t stand out from the most of the ASUS Boards we have looked at in recent months. Of course, the exception to that is the ASUS Republic of Gamers boards which are dressed in a bright red box. The P9X79 Pro retail packaging is kept simple and to the point. There is very little marketing text on the front of the box. ASUS has a few of the features listed. For the most part, though, everything about the board can be found elsewhere on the box. 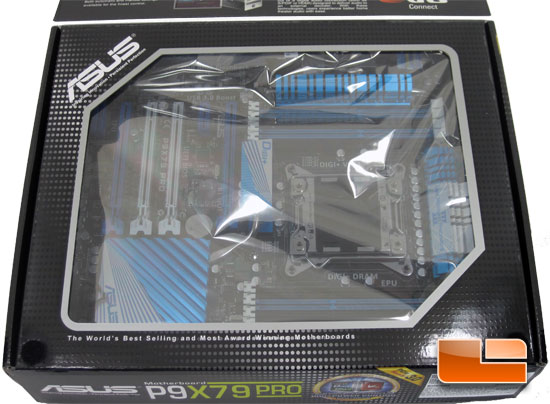 The packaging for the ASUS P9X79 Pro features a front cover that opens up to reveal a glimpse of the P9X79 Pro. We will get more in depth on the next page, but we can see that the new Intel LGA2011 socket looks pretty massive, as well as the DIMM slots on either side of the socket. 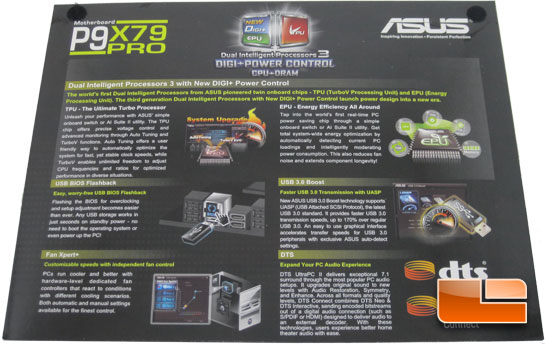 If you felt like you were missing out since there was no marketing text on the front of the box, you’re in luck. ASUS uses the inside of the front cover for some of the details about the features of the ASUS P9X79 Pro motherboard. Inside the front cover we can find details on the USB BIOS Flashback, Fan Xpert+ USB 3.0 Boost, DTS, the TPU and EPU processors. 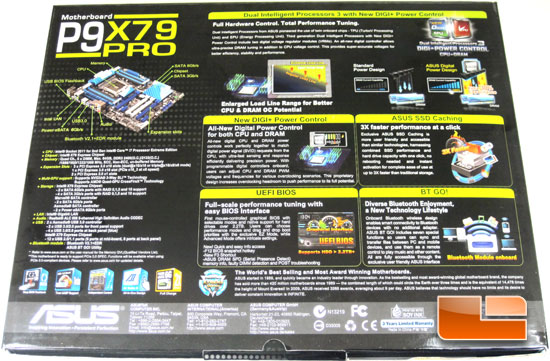 If the marketing text on the inside of the front cover wasn’t enough for you, just flip the ASUS P9X79 Pro packaging over for more. On the back of the packaging ASUS breaks down some of the specifications and features like the DIGI+ Power control, ASUS SSD Caching, UEFI BIOS and the BT GO!. 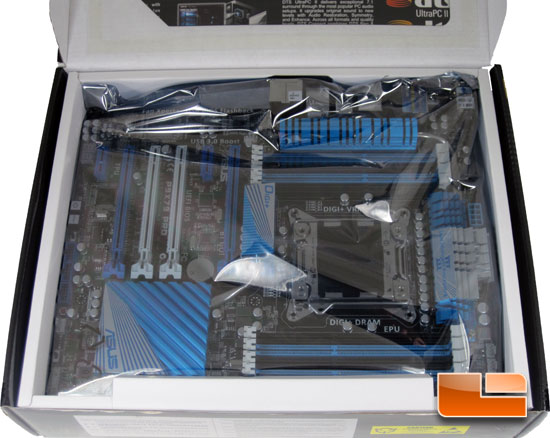 Opening up the box for the P9X79 Pro we can see a much fuller image of the new Intel X79 motherboard from ASUS. More on that on the next page, though. It’s always good to see that it is well packaged for shipping. 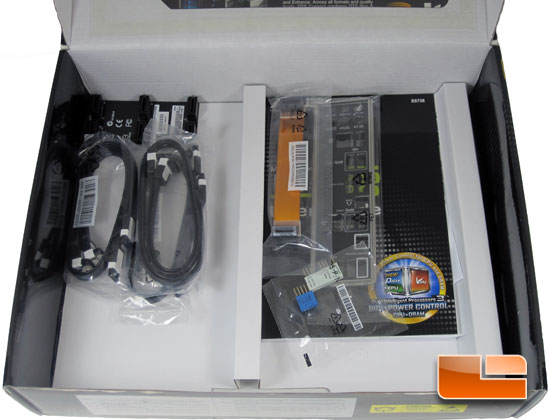 Once we remove the ASUS P9X79 Pro from the retail packaging we can see that the bundle is hiding below it. The bundle that accompanies the ASUS P9X79 Pro features everything that you would need to set up your system. It includes SATA Cables, I/O Shield, ASUS Q-Connects, SLI and CrossFireX bridges, Manuals, and a driver disk.