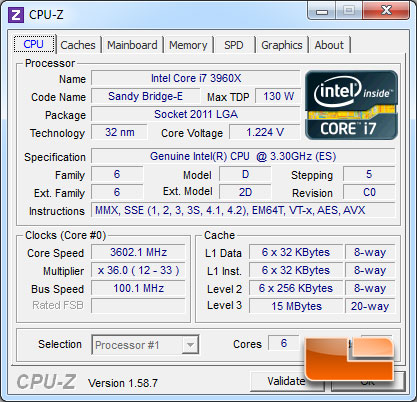 The Intel Core I7 3960X features a Bclk of 100MHz and uses a x33 multiplier to achieve the final processor speed of 3.3GHz. In the above CPUz 1.58.7 screen shot it also has a Turbo Mode. With all of the cores loaded it will increase the multiplier to 36 and all the way up to 39 depending on the system load. The Intel Core i7 3960X is the latest in a long line of Extreme Edition processors. Being an Extreme Edition processor means that the i7 3960X has an unlocked multiplier. Unlike the previous LGA1155 Sandy Bridge processors, LGA2011 processors can also be overclocked by increasing the Bclk. 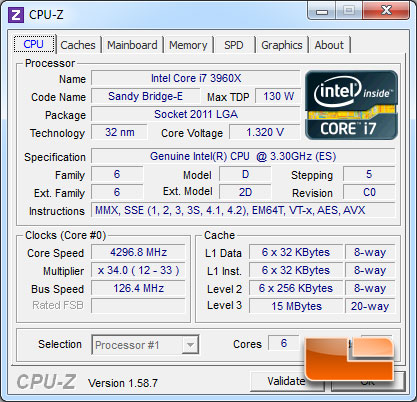 The ASUS P9X79 Pro features the ability to Auto Tune the system, without heading into the BIOS. To tempt our fate with overclocking, we simply flipped the TPU switch on the ASUS P9X79 Pro while the system was shut down, and then fired it up. Once we loaded into Windows we opened up CPUz 1.58.7 and found our Intel Core i7 3960X had been overclocked to ~4.3GHz! Not bad considering all we did was flip a switch. The overclock was achieved with a Bclk of 126MHz and a multiplier of 34. 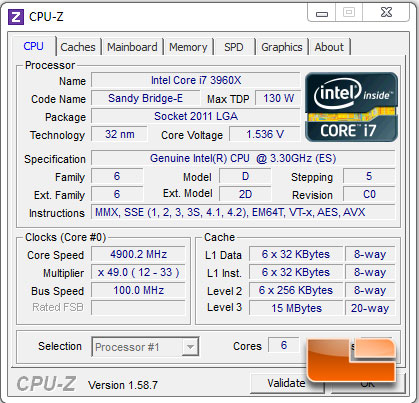 We couldn’t leave well enough alone. We had to tempt our fate even further. We fired up ASUS AI Suite II and started increasing the system multiplier to see how far we could push all six cores of the Intel Core i7 3960X. After a few Blue Screens of Death, and a few tweaks to the system we were able to hit a rock solid processor speed of 4.9GHz! We had to increase the voltage to 1.495V and tweak a few other settings through the AI Suite II utility (you can find the settings we used below), overall though the ASUS AI Suite II utility made the overclock extremely easy to do. 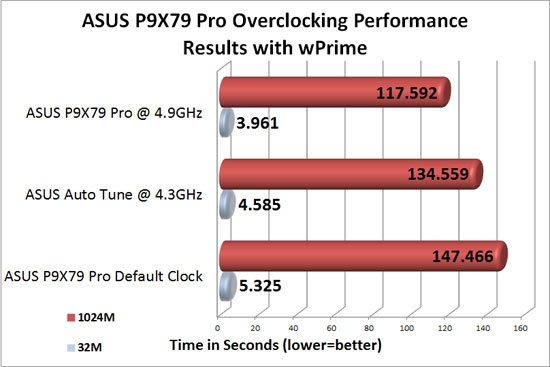 To test the system stability we fired up wPrime. Since we were already running it, we figured why not hang on to the scores, so that we could see exactly what the Intel Core i7 3960X is capable of. In the 32m runs we were able to knock off 1.364 seconds off of the standard settings, the 1024m runs were an average of 29.874 seconds faster! 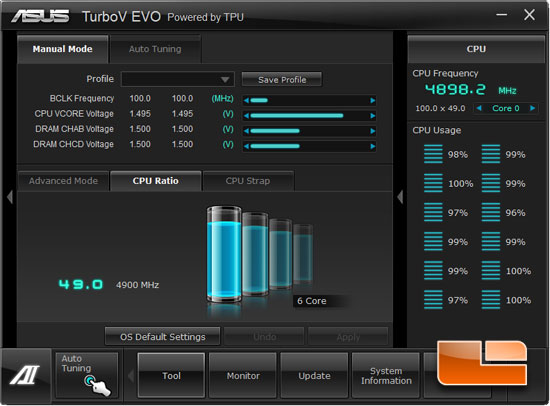 The TurboV EVO tool in the ASUS AI Suite II worked flawlessly during our time with the ASUS P9X79 Pro. Above you can see that we had the CPU Vcore set to 1.495V and the Multiplier set at 49. 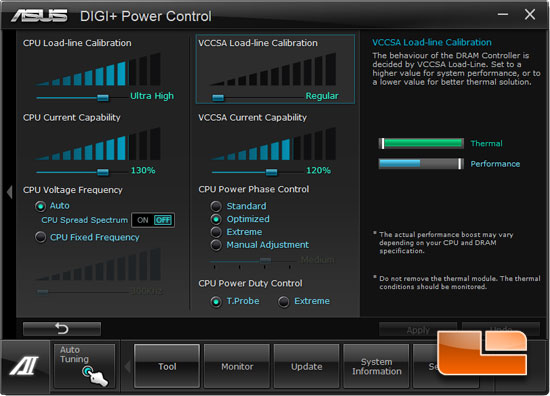