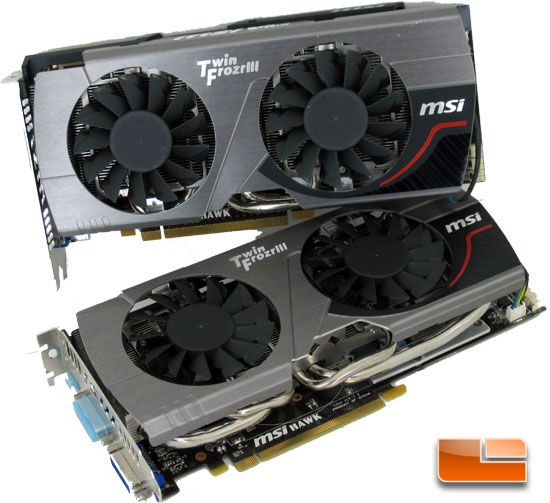 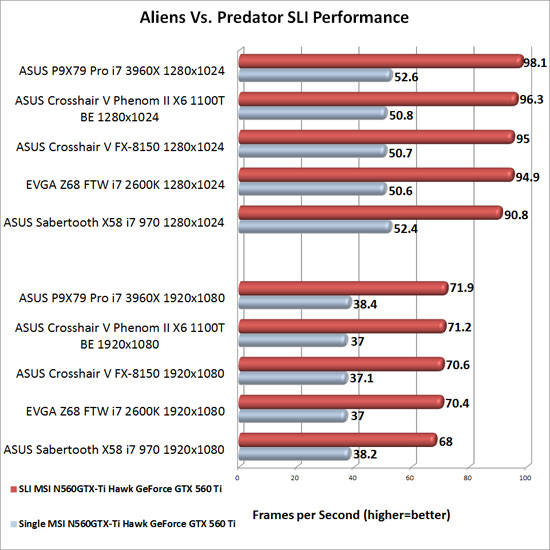 The Aliens Vs. Predator benchmark always scales well in both AMD CrossFireX and NVIDIA SLI. The single MSI GeForce N560GTX-Ti HAWX edition test results were all pretty consistent. Though the ASUS P9X79 Pro was the fastest of the systems with an average of 52.6 frames per second, followed closely by the Sabertooth X58 with 52.4 frames per second while the remaining boards averaged 50.6-50.8. Setting up NVIDIA SLI with the pair of MSI GeForce N560GTX-Ti HAWX edition does start to show off some differences between our test systems. The ASUS P9X79 Pro was the fastest setup we have tested today, but the scaling wasn’t the highest. We saw a boost of 86.5% in SLI while the best scaling system was the ASUS Crosshair V Formula (with the Phenom II X6) with an improvement of 89.6%. Increasing the resolution to 1920×1080 we see some very similar results to our 1280×1024 results. The ASUS P9X79 Pro was the fastest in both the single card configuration as well as in SLI. In terms of scaling performance the ASUS P9X79 Pro saw a jump in performance of 87.2% while the ASUS Crosshair V Formula was once again the largest benefit from the second MSI GPU with a jump of 92.4%. 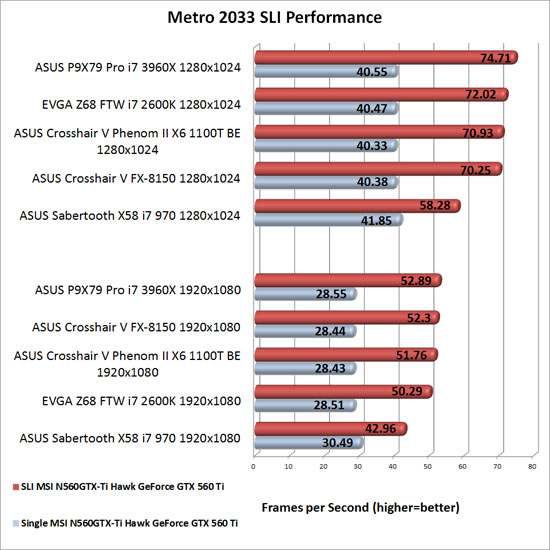 Much like the previous gaming benchmarks, we are seeing very little difference in the single card configurations. The ASUS Sabertooth X58 did take a slight lead with a single card, but the performance dropped off significantly once a second MSI N560GTX-Ti HAWX was added. The Intel X79 platform took the top spot in SLI with 74.71 frames per second. That’s a performance gain of 84.2% at 1280×1024. Increasing the resolution to 1920×1080 the ASUS P9X79 Pro held onto the top spot with a average of 52.89 frames per second, though the AMD ‘Bulldozer’ platform was right on the heels of the X79 system with 52.3 frames per second in SLI. Taking a look at the scaling numbers, the ASUS P9X79 Pro was the top performer with a boost of 85.3%, followed by the ASUS Crosshair V Formula/FX-8150 with 83.9%, ASUS Crosshair V Formula/Phenom II X6 1100T with 82.1%, EVGA Z68 FTW with 76.4%, and the ASUS Sabertooth X58 finishing out the chart with only 40.9%. 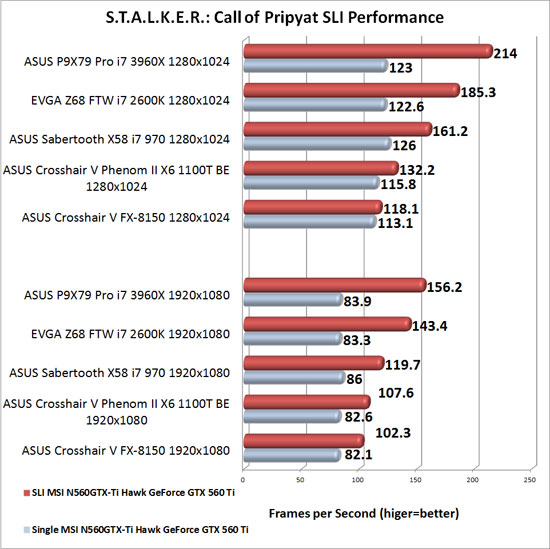