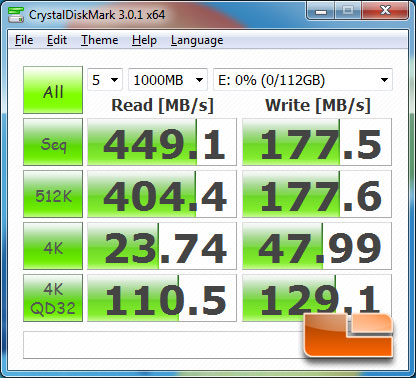 Benchmark Results: The ASUS P9X79 Pro had a solid Sequential read of 471.6MB/s and Sequential Write of 177.7MB/s. These aren’t the fastest numbers that we have come across but they are still quite respectable. 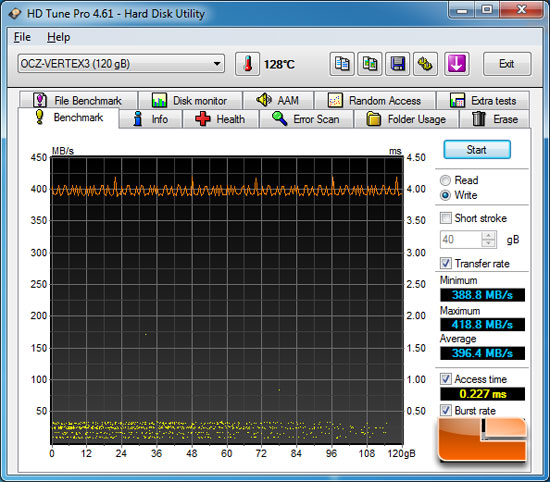 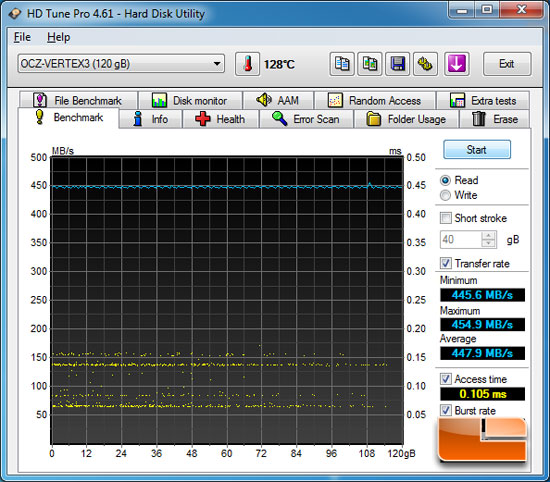 Benchmark Results: In HD Tune 4.61 the ASUS P9X79 Pro had an average read of 493.3MB/s and an average write of 443.9MB/s. Once again they don’t break any records, but the performance is still incredibly fast. The Intel X79 chipset doesn’t really have any performance improvements for SATA III over the Intel P67/Z68 platforms, but comparing it to the Intel X58 platform there is a world of difference. The Sandy Bridge platforms all feature an integrated SATA III controller while the Intel X58 platforms were forced to use a third party controller like the Marvell PCIe 9128 controller found on our ASUS Sabertooth X58 motherboard.