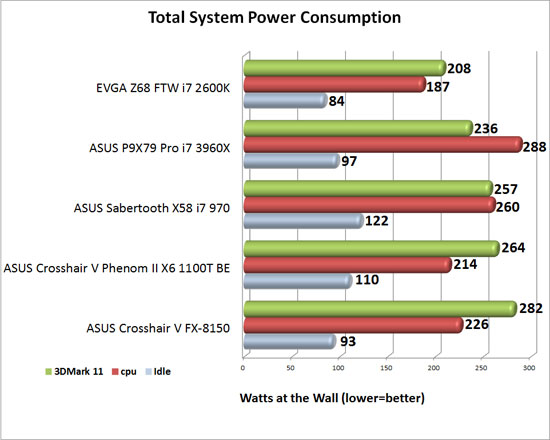 Benchmark Results: The idle power consumption of the ASUS P9X79 Pro was just below the 100Watt mark at 97Watts. When we loaded up the Intel Core i7 3960X with Prime95 Large FFT’s we saw an average power draw of 288Watts once the i7 3960X dropped out of Turbo. During the first few moments when turbo was active we saw a power draw of 330Watts on the ASUS P9X79 Pro. Our gaming load using 3DMark 11 was lower than most of our systems drawing only 236Watts. The only system that had a lower gaming power consumption was the EVGA Z68 FTW with 208 Watts.