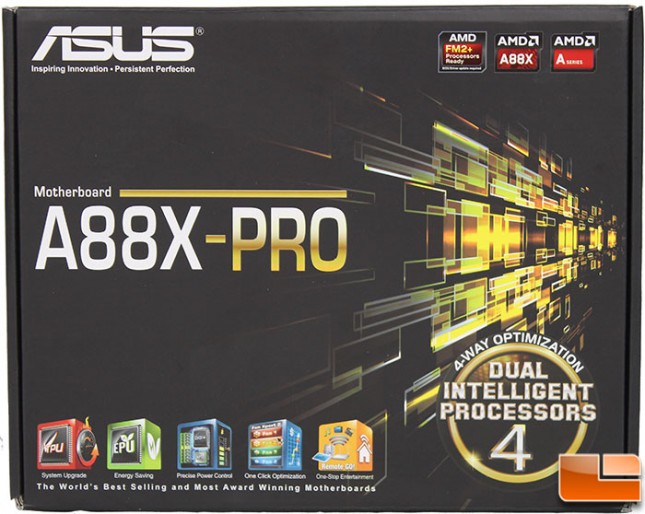 The number of connections on this board is probably more than most users will need. On board, you will find one dual SuperSpeed USB 3.0 Internal header, four USB 2.0 headers, and six SATA 6Gbps. While the back extends that two eSATA 6Gbps, four SuperSpeed USB 3.0 and two USB 2.0. Video connections it has you covered as well with all four of the most common connectors, VGA, DVI, DisplayPort and HDMI.

While the APU used in the testing of the A88X-PRO was not a “K” series APU, it was able to be overclocked by 14% by increasing the APU Frequency. A more skilled overclocker will be able to make adjustments to many options to get a better overclock. The A88X-PRO accounts for every possible option to tweak the system and get the best possible overclock; or just to make sure the system is running at its best

As for the performance, I’ll admit that the benchmark run do not show a perfect picture of what this motherboard is capable of. In order to show what it can do, a Kaveri APU needs to be paired with it. Comparing two high end motherboards with totally different CPU’s do not necessarily make for an apples to apples comparison. What the benchmarks do show however is that the A88X-PRO does perform rather well even with an older FM2 APU that most enthusiast would never use with this motherboard. The storage benchmarks presented fairly even scores across the different chipsets. 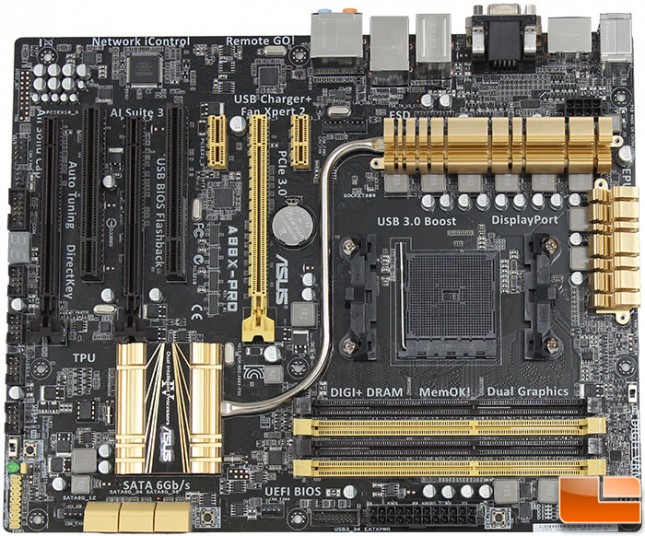 Legit Bottom Line: Pair the ASUS A88X-PRO motherboard with a new AMD Kaveri FM2+ processor and you will have a high-end AMD based system. Featuring the latest the FM2+ APU offers including PCI-Express 3.0, SuperSpeed USB 3.0 and SATA 6Gbps. In addition you get ASUS’s great AI Suite III application set to fine tune the system.