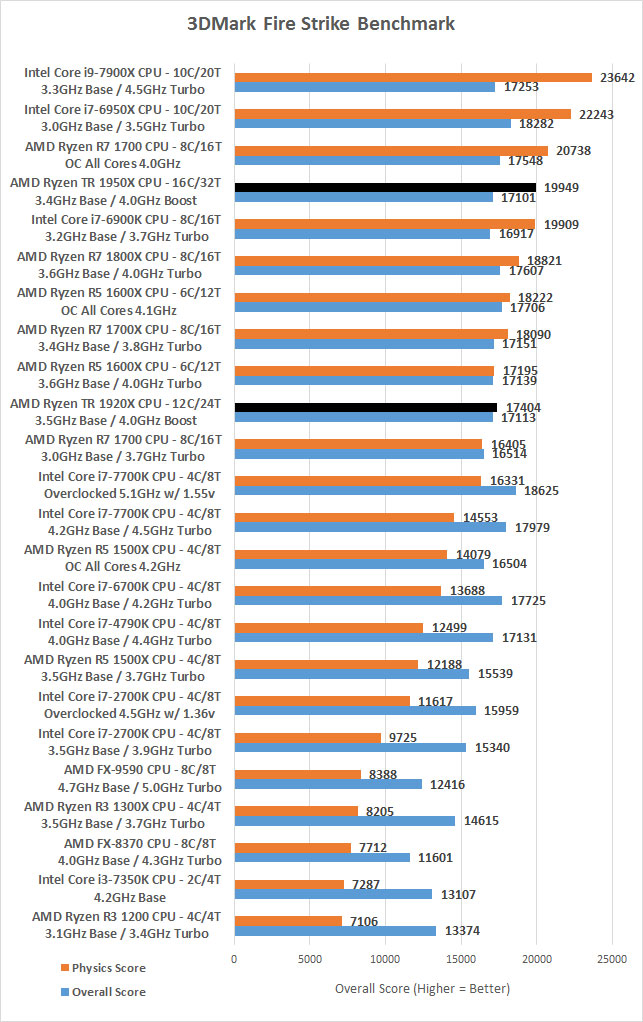 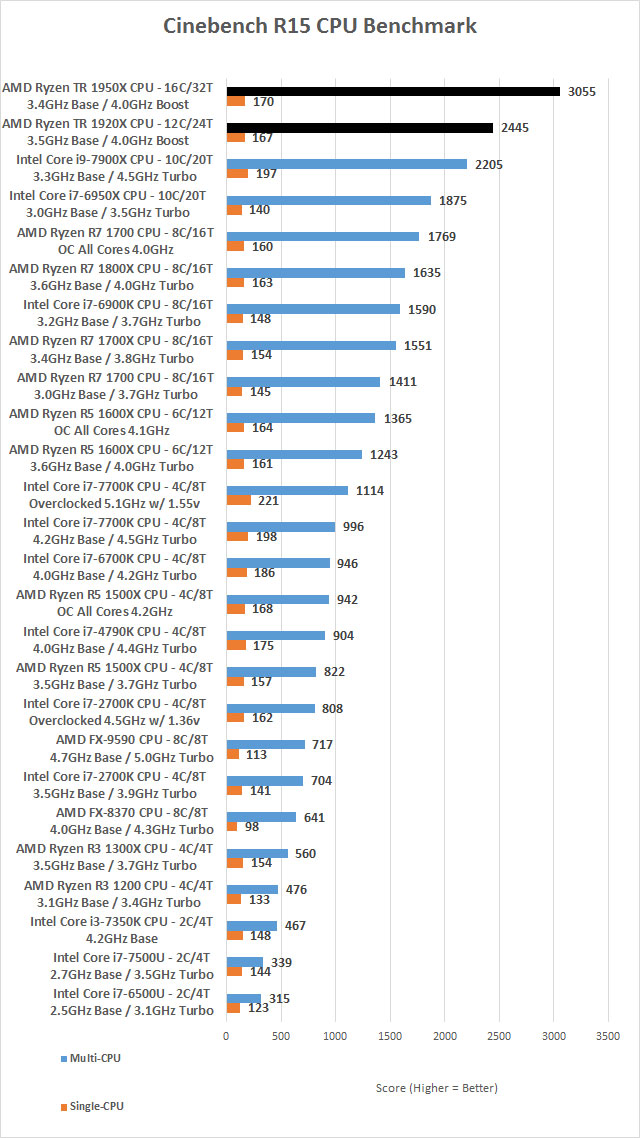 3DMark and Cinebench Benchmarks Results Summary: The AMD Ryzen Threadripper processors perform okay in 3DMark Fire Strike. We ran this benchmark in Gaming Mode and that doesn’t help the Physics score too much. In Cinebench we got got the highest multi-CPU score we have ever gotten as well at over 3,500!