When it comes to overclocking the AMD Ryzen Threadripper 1950X we were delighted to find that the ASUS X399 Zenith Extreme motherboard made that task easy. We managed to get up to 4.1GHz stable without manually adjusting the core voltage! We did change the following settings in the UEFI to get this overclock. 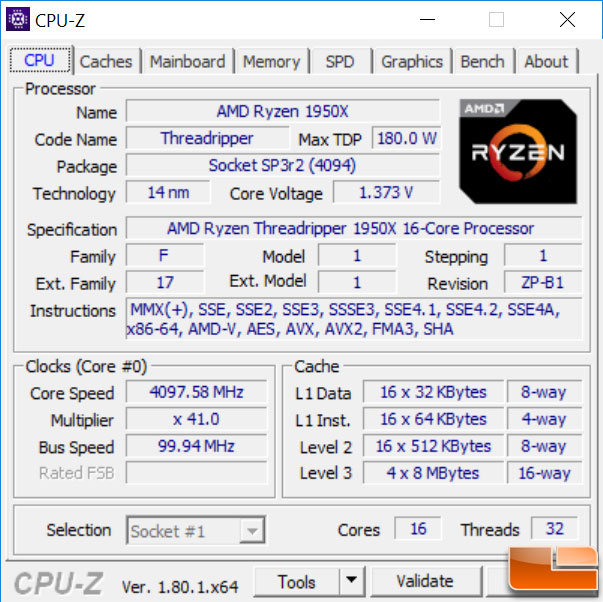 From what we could tell this overclock was stable and we were able to run a bunch of benchmarks and even the AIDA64 stress test without crashing. Let’s show off our multi-CPU score on Cinebench with this overclock! 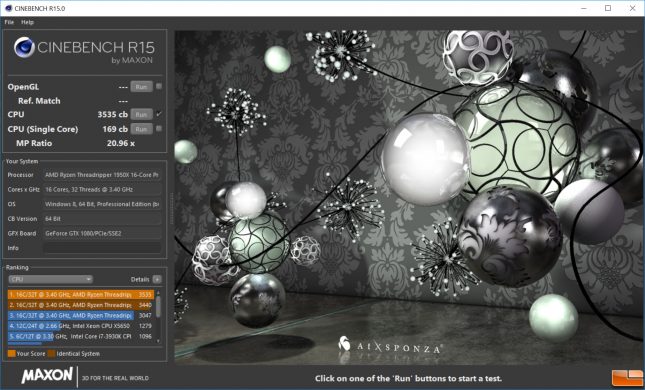 How does 3,535 cb sound in Cinebench R15? We were at 3,055 stock, so this is an improvement of nearly 500 points. Stock our single CPU score was 170 cb, so we actually dropped that score by one point somehow with this overclock.

With the Threadripper 1950X processor overclocked up to 4,100MHz we noticed that the CPU package power went over 300 Watts when running Cinebench! 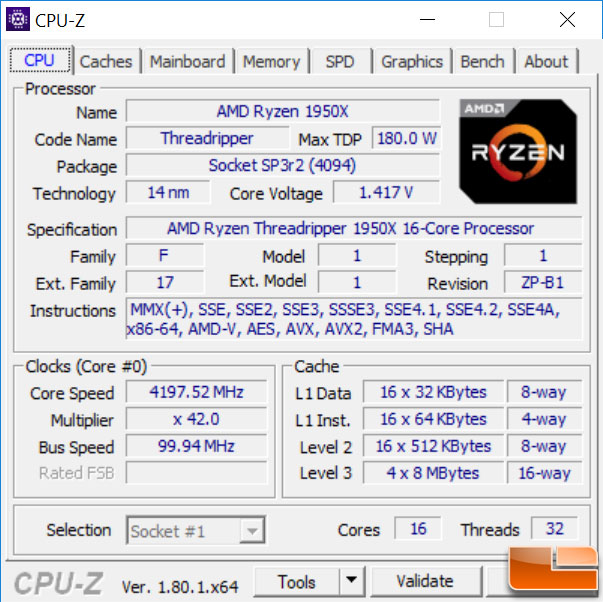 We were able to get the AMD Ryzen Threadripper running at 4.2GHz on on the desktop, but it would crash once we fired up most benchmarks. We tried going up to 1.475V on the CPU Core and couldn’t get it stable.

Let’s wrap up this review on the AMD Ryzen Threadripper processors!