To test the AMD Ryzen Threadripper 1950X processor we used the Thermaltake Floe Riing RGB 360 TT Premium Edition liquid cooler. This is an Asetek based liquid cooler and fits with the included mounting bracket that is provided in the retail box of the processor. 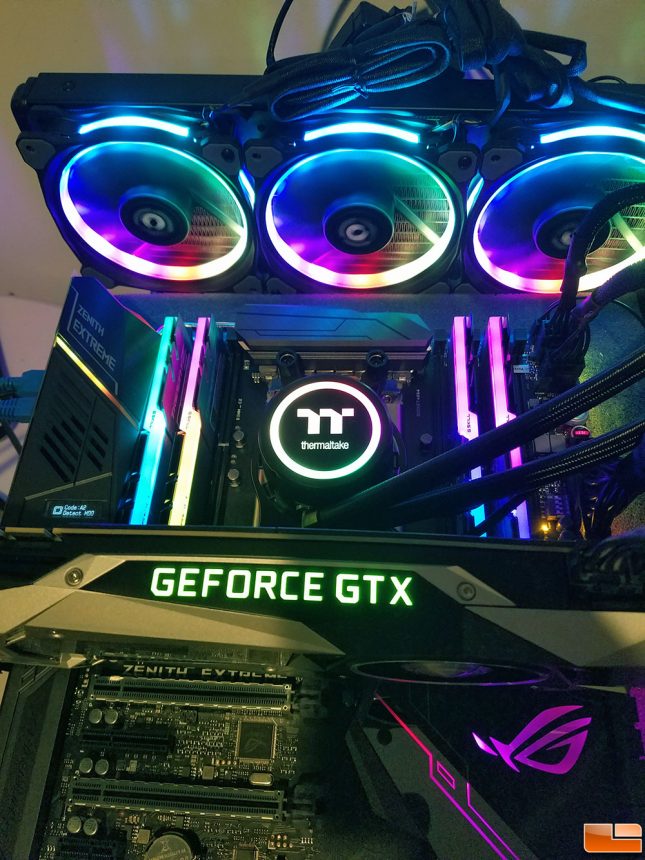 We normally scrape off the factory applied thermal paste, but we wanted to see what the temperatures would be like if we didn’t. So, we left the little circle of paste be and slapped it on the 1950X knowing that not even the entire base plate nor the large lid on Threadripper would be fully covered with thermal paste. 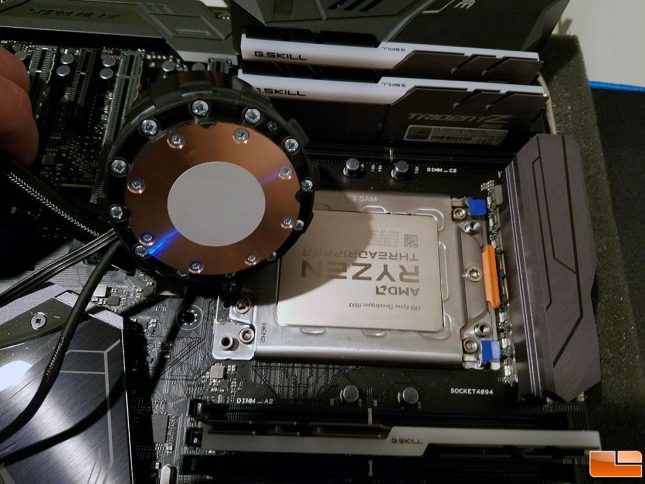 We then fired up the AIDA64 System Stability Test for 20+ minutes and found that we had an idle temp of 54C and a load temp of 79C on the CPU. The VRM temperature on the ASUS X399 board was at 30C when we started and jumped up to 60C by the time we were done, which is pretty good considering these components can easily go over 100C for a short period of time without bad things happening. 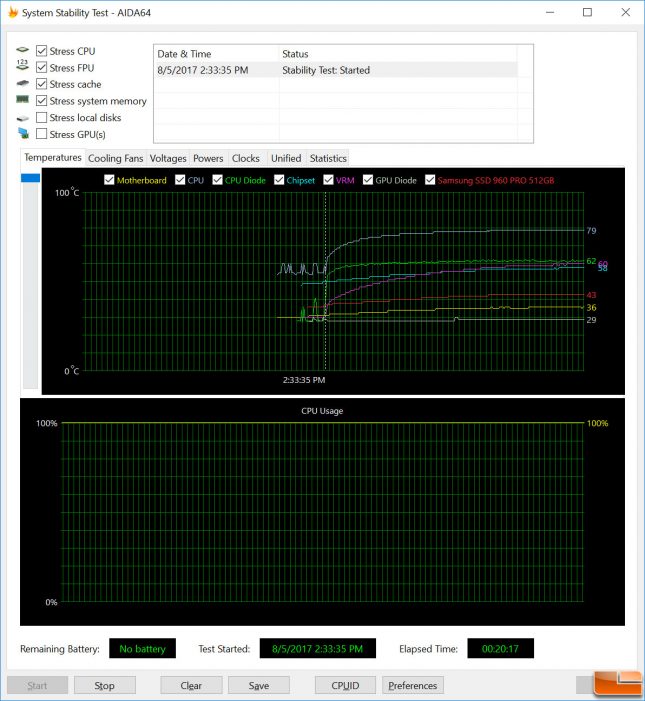 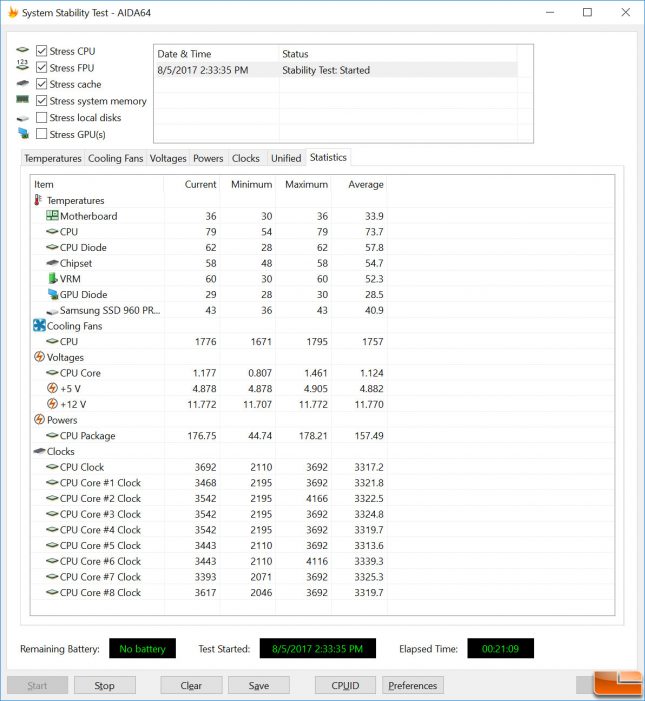 After the AMD Ryzen Threadripper 1950X CPU was tested we carefully removed the processor to see how the factory thermal paste was distributed. 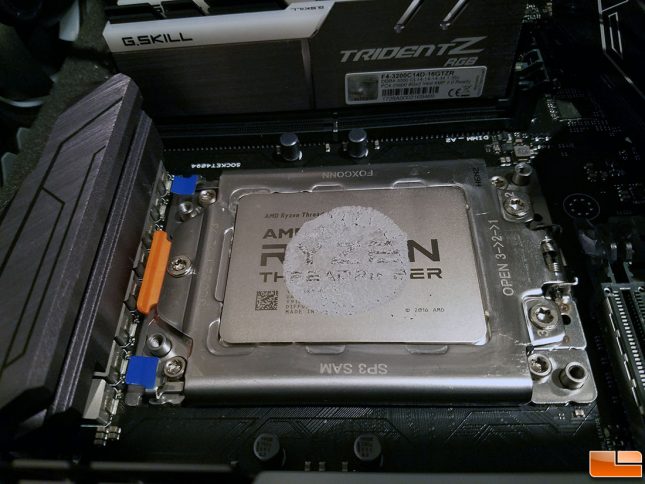 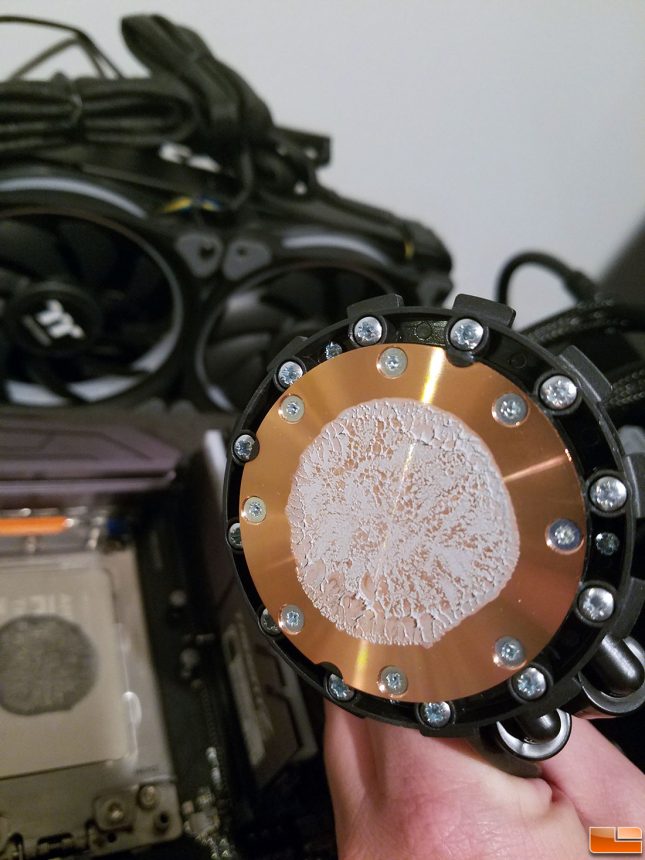 It actually didn’t do bad, but you might be able to get better temps by applying a slightly larger amount of your own to get more coverage.

We cleaned all this paste off before we tested the AMD Ryzen Threadripper 1920X and for that processor we used Prolimatech PK-3 Nano Aluminum Thermal Compound and we got 31C at idle and 65C at load when we spot checked it real quick over a six minute period. The 1920X being 31C at idle versus 54C at idle on the 1950X will require future investigation in the future. We did get 5 UEFI revisions over the course of a week, so it is possible that a new UEFI build changed the way the temperature was being read. ASUS changed the VRM fan settings multiple times over the course of the week, but we are happy with it. The fan doesn’t kick on now until the VRM temperatures hit 60C. It is a noisy little fan, but it keeps the VRM components nice and cool. 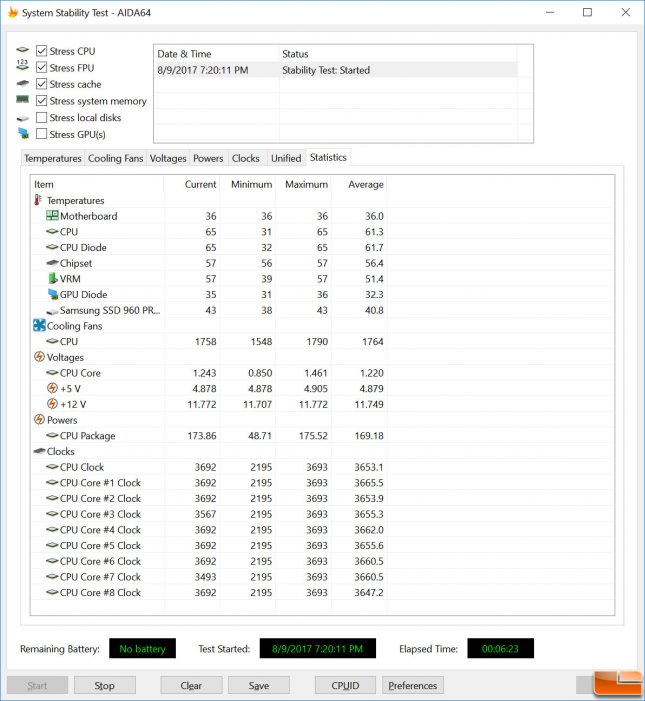 We have had a chance to re-test the AMD Ryzen Threadripper 1950X with Prolimatech PK-3 Nano Aluminum Thermal Compound and the temperature difference is unreal. 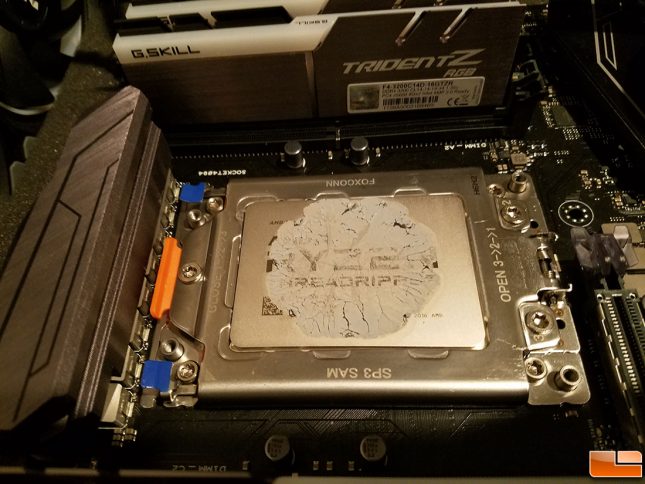 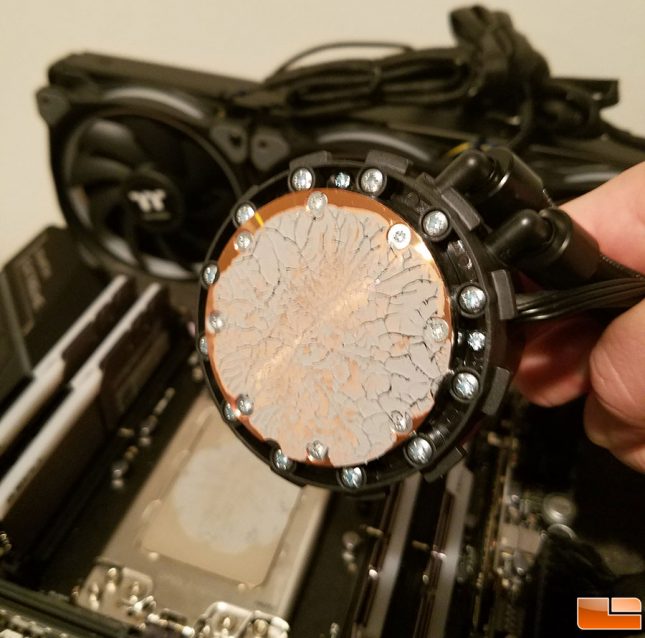 With the stock Thermaltake thermal compound when we ran the AIDA64 System Stability Test for 20+ minutes and found that we had an idle temp of 54C and a load temp of 79C on the CPU. With the new thermal compound and better coverage on the block we found the idle temp was now 27C and the load temp was just 60C. That is a massive drop! 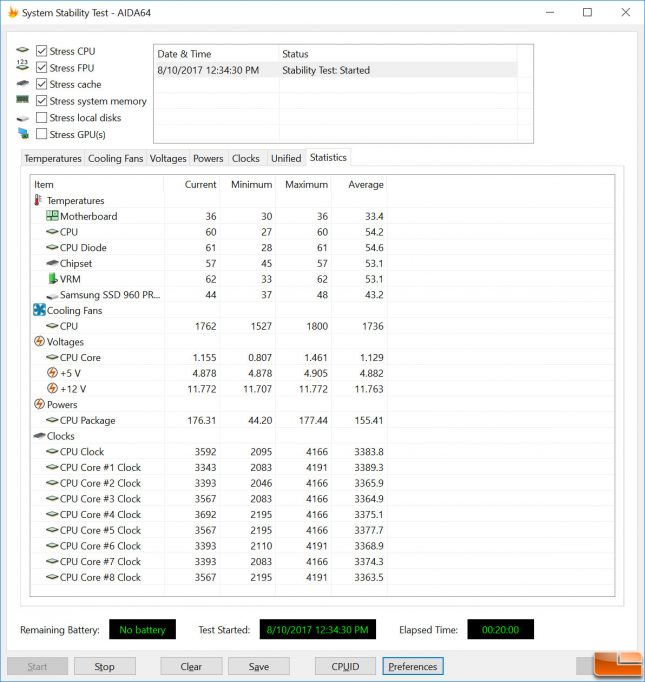