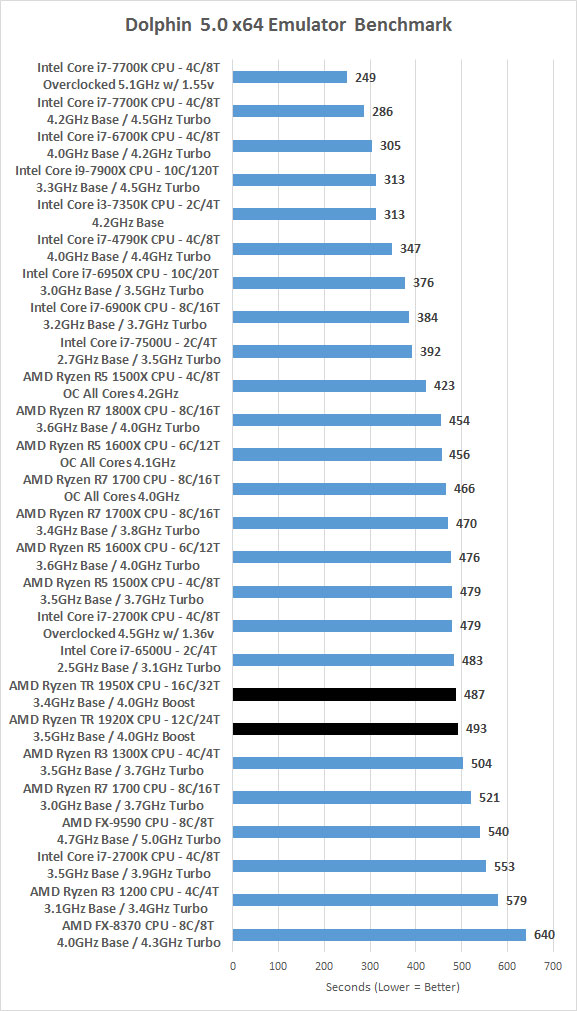 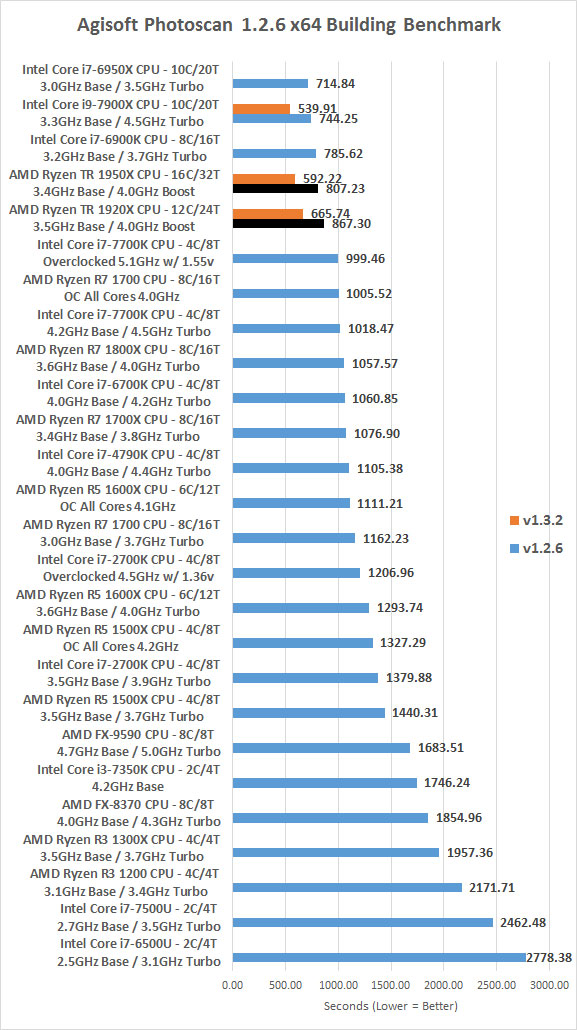 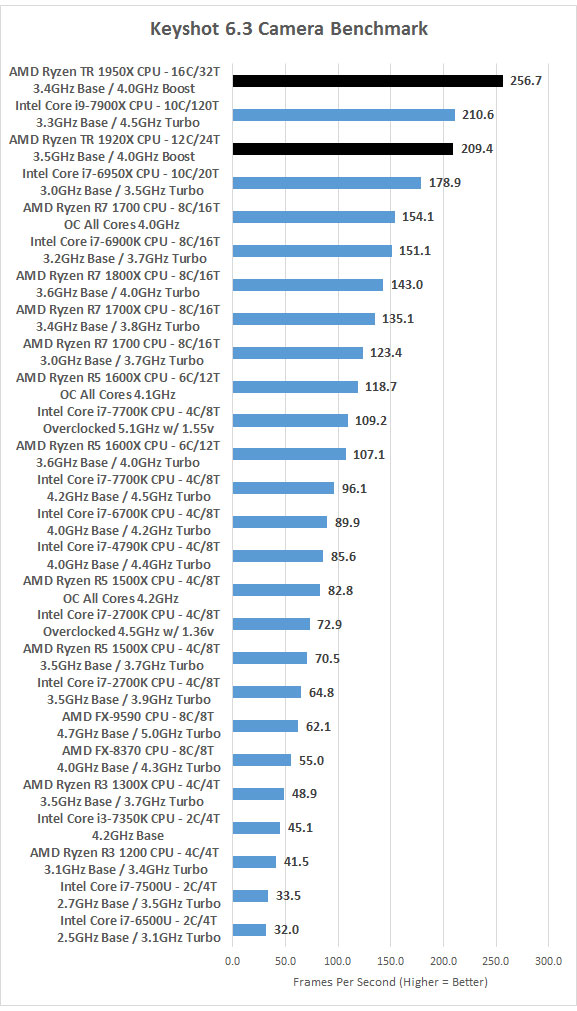 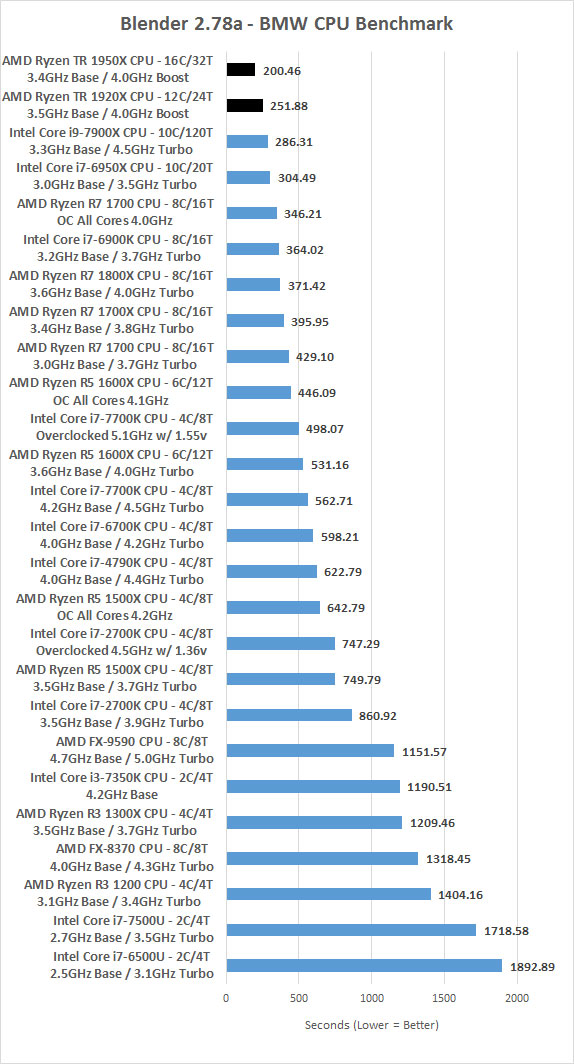 Real World Benchmark Results Summary: When it comes to our ‘real world’ benchmark tests we found the AMD Ryzen Threadripper 1950X and 1920X both did great in the benchmarks that were heavily multi-threaded. For example in Blender and Keyshot the Threadripper 1950X easily defeated the Intel Core i9-7900X. Our results in Photoscan weren’t much faster than the 8-core Ryzen 7 parts, so we talked with the Agisoft Team and tried out the latest build that processes data faster and uses the CPU more effectively. We saw a big performance improvement with that version on Threadripper and Skylake-X, but didn’t have time to test the other processors and platforms. The Dolphin emulator benchmark is very lightly threaded and core clock plays a huge roll in that benchmark, so it isn’t a big surprise to the AMD and Intel processors with the most cores doing poorly on Dolphin since they have lower clock speeds.