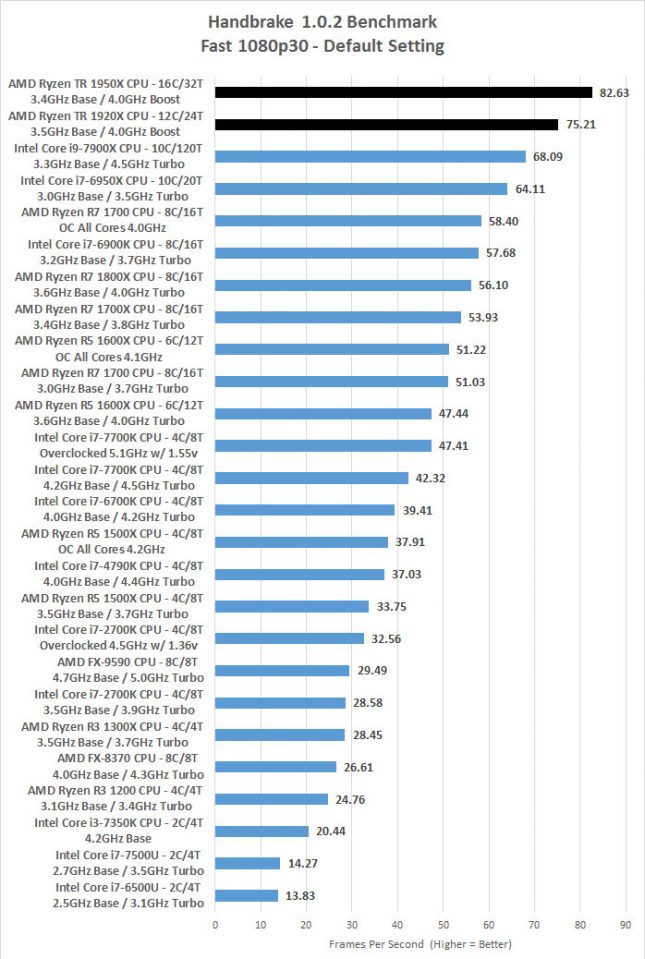 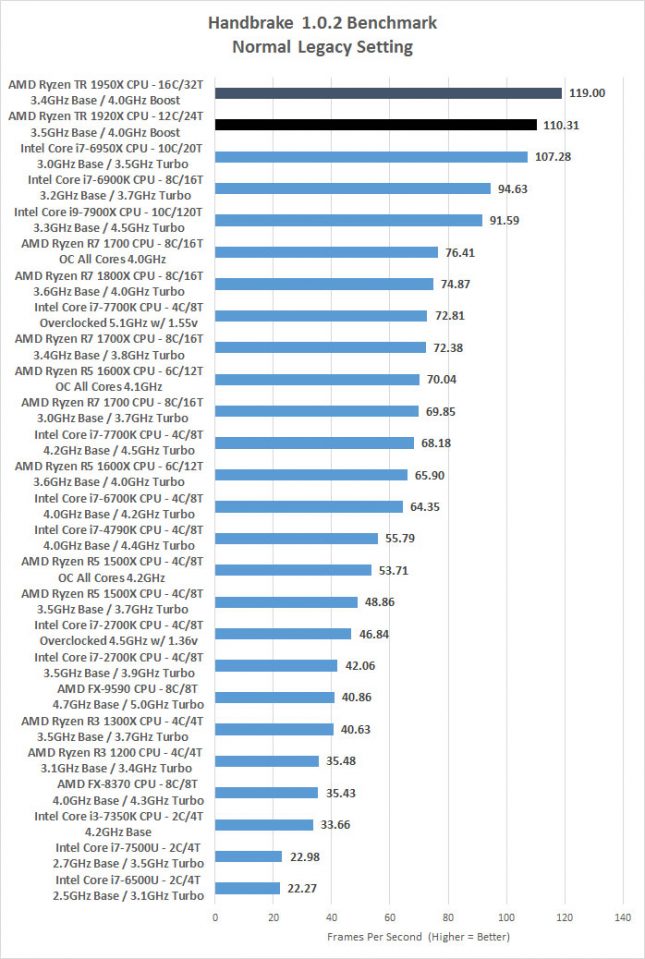 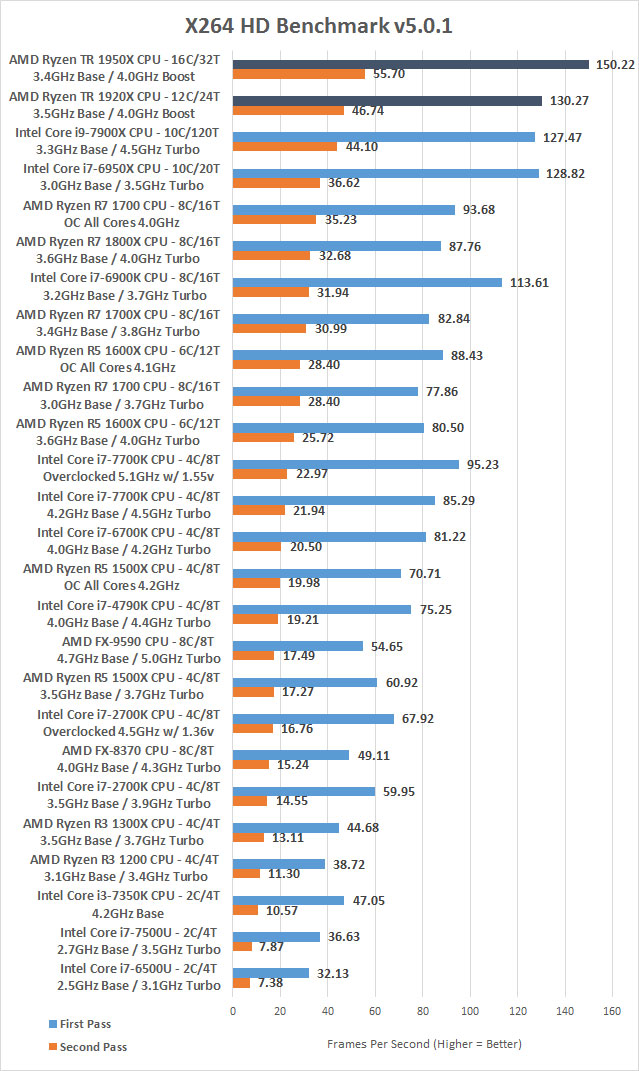 Media Encoding Benchmark Results Summary: Our media tests showed AMD appears to be the new winner in town when it comes to media encoding! In Handbrake and X264 we found that both the AMD Ryzen Threadripper 1950X ($999) and the Threadripper 1920X ($799) were able to perform the task at hand faster than the Intel Core i9-7900X processor!

The broadcast and media industry needs benchmarks that are meaningful and relevant. Cinegy Cinescore uses many commonly used professional quality codecs to measure the encoding speed of a system. This sets expectations of how many channels a given machine can capture, how suitable it is for e.g. UHD editing, or which speed can be expected to do transcode jobs. Cinegy Cinescore covers a fair number of commonly used formats and codecs and measures the encoding speed as well as the system load for doing that for the different target resolutions – HD, UHD and 8K. 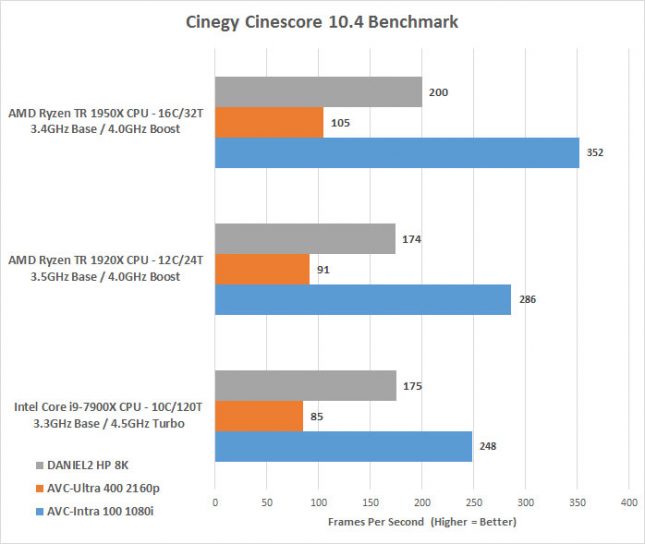 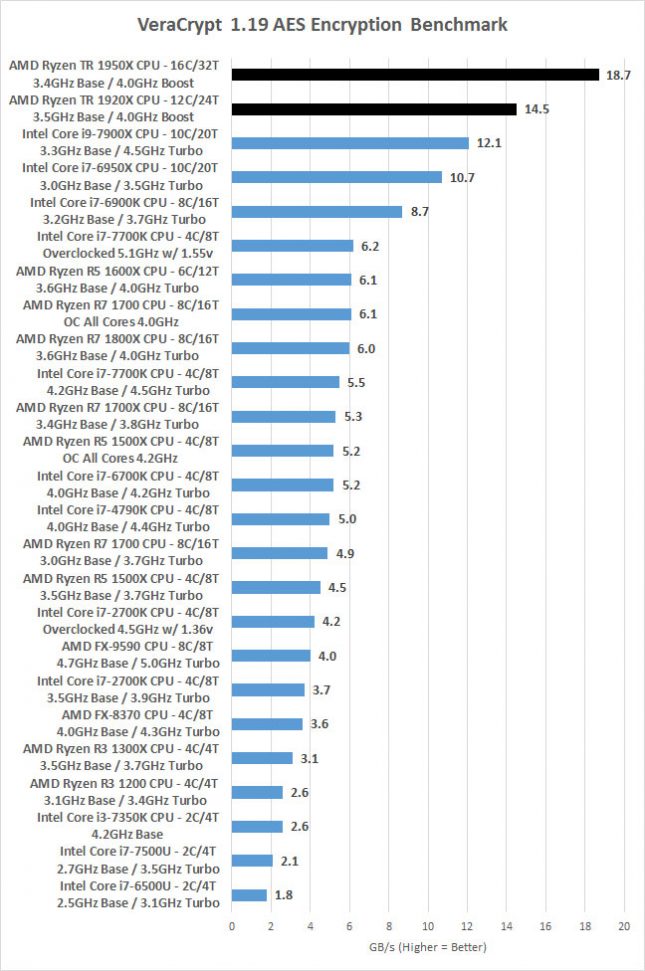 Encryption Benchmark Results Summary: If encryption is something you do, you’ll find having more cores and threads to be very beneficial as you can see from the results above. The extra cores on the AMD Ryzen Threadripper processors gave them two fastest scores on this benchmark!