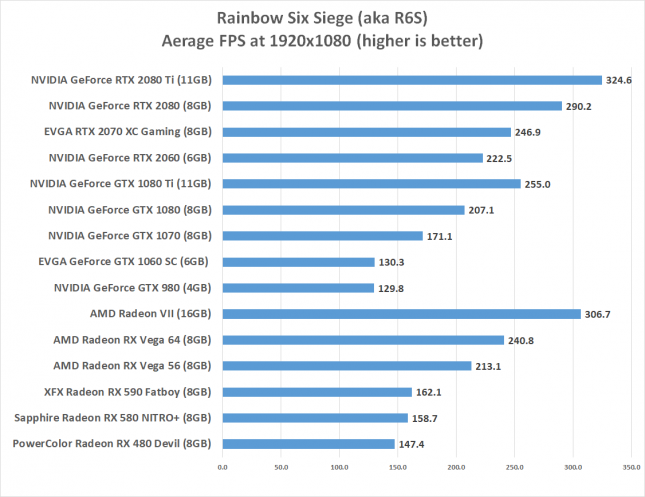 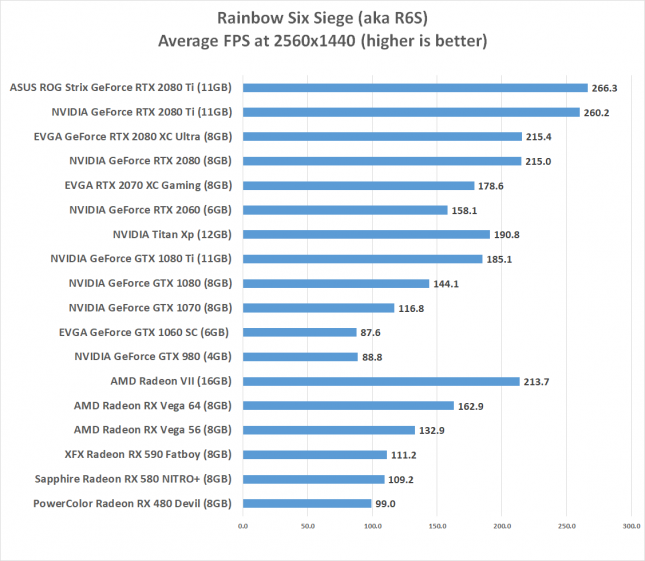 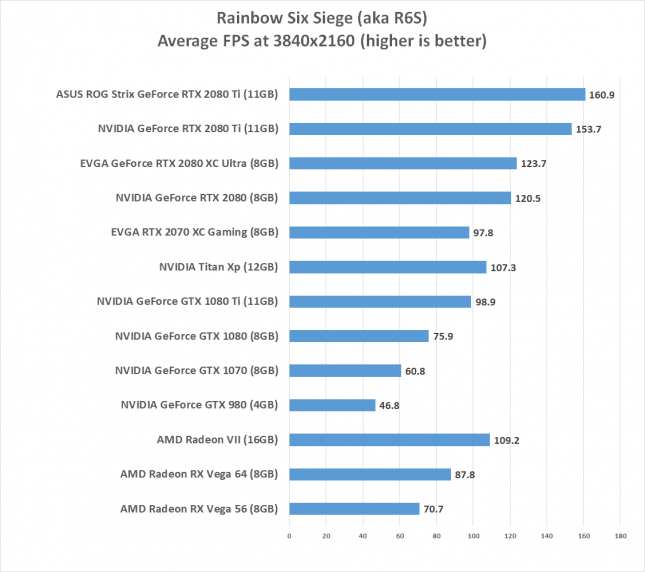 Benchmark Results: The Radeon VII made short work of Rainbow Six: Siege with super impressive results. At 1440P and 4K the Radeon VII faster than the GeForce RTX 2070, but at 1080P is was faster than even the RTX 2080! That said, you won’t notice the difference between 310FPS and 290FPS while gaming!