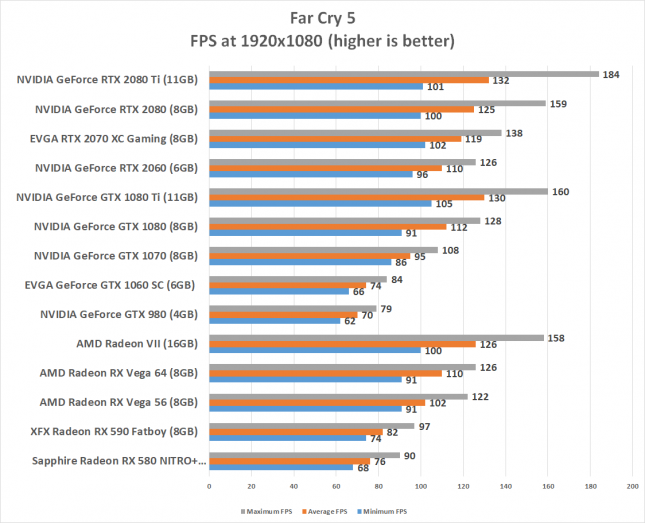 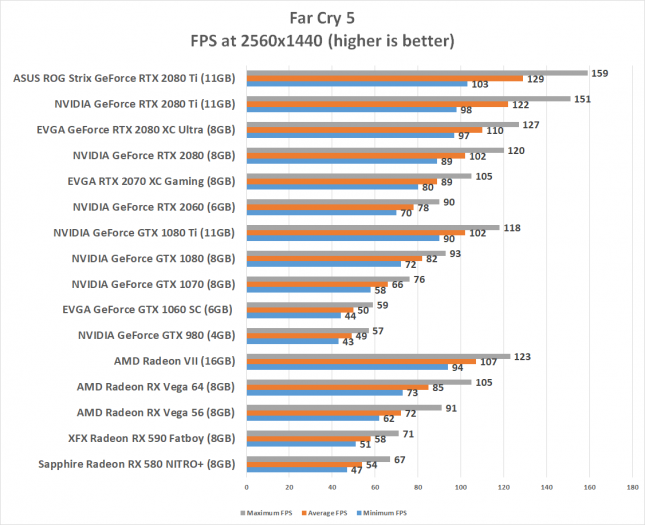 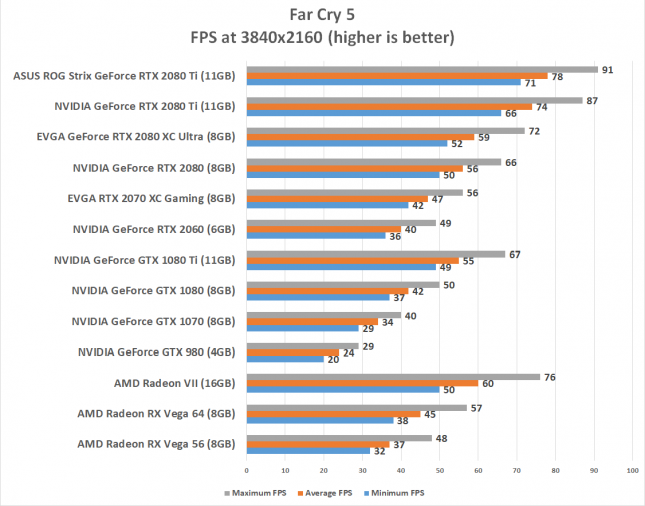 Benchmark Results:  The AMD Radeon VII offers solid performance in Far Cry 5 as it was able to perform a touch better than the GeForce RTX 2080 FE at all three resolutions that we tested at. We saw 33% performance gains at 4K on the Radeon VII over last generations Radeon RX Vega 64!