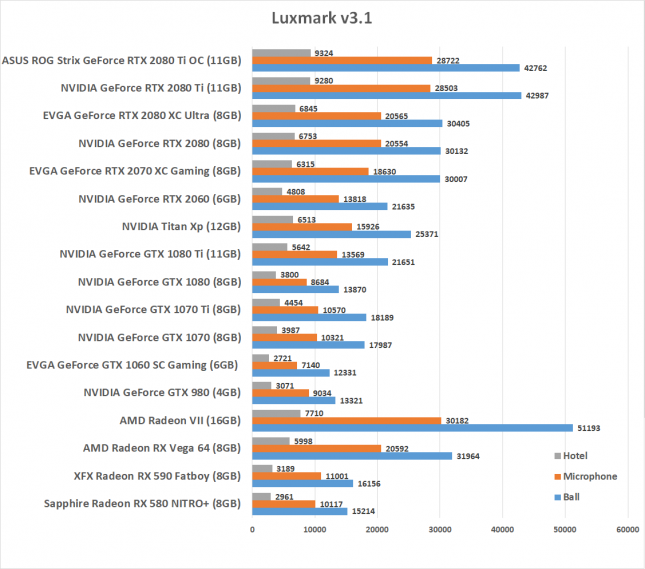 Benchmark Results: The GeForce RTX 2060 FE shows that raw OpenCL performance is impressive on yet another Turing GPU based card. We saw almost a 77% performance improvement over the EVGA GeForce GTX 1060 SC Gaming in the hotel scene!

We fired up SiSoftware Sandra Titanium 2018 SP2b (version 28.31) to look at GPGPU performance on the new NVIDIA Turing GPU performs. This benchmark isn’t really aimed at gamers, but some will likely find the results interesting. 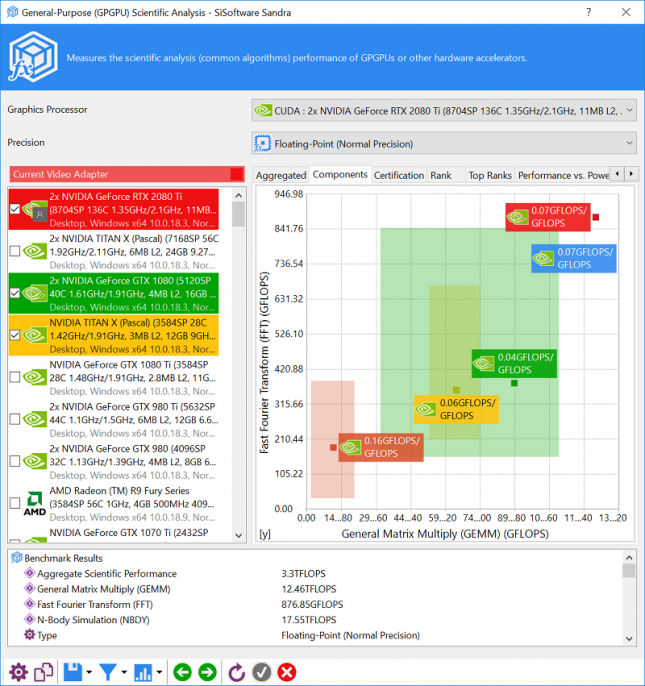 We ran the Sandra General-Purpose (GPGPU) Processing, Scientific and Memory bandwidth tests on our group of test cards and the results are found below. 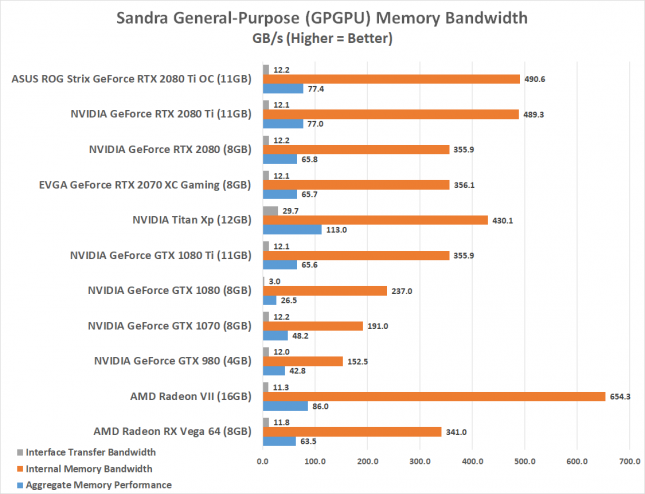 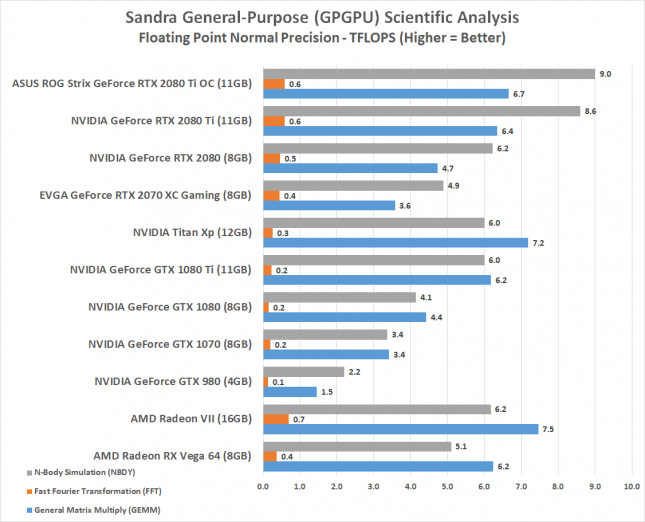 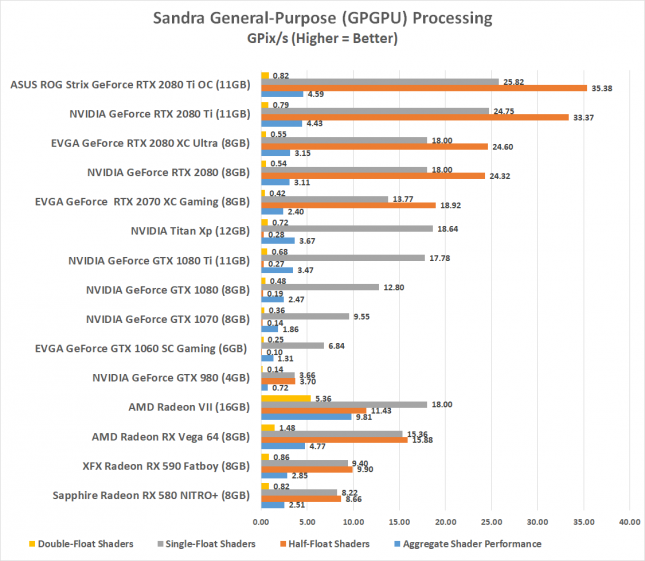 The scientific and processing tests also showed nice performance gains on Radeon VII over Radeon RX Vega 64 and that is why AMD is able to boast about higher compute scores.