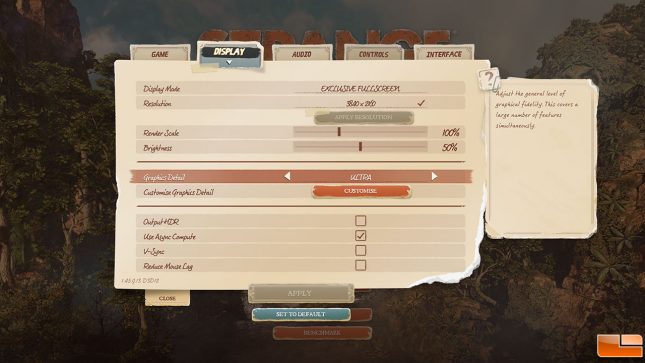 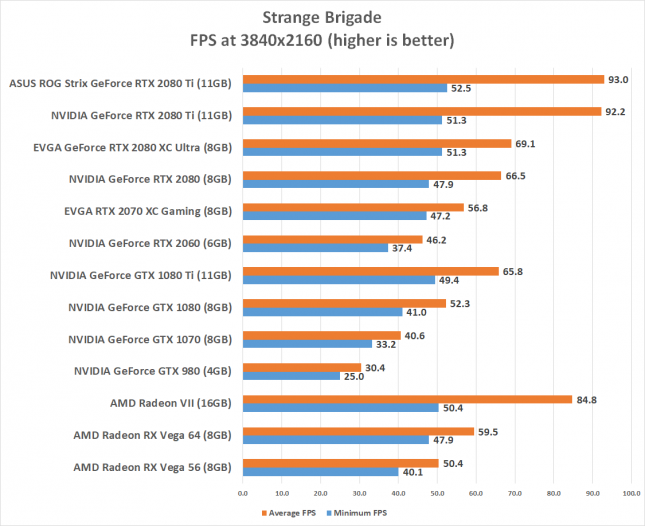 Benchmark Results: The Radeon VII was 42.5% faster than the Radeon Vega 64 at 4K on the Strange Brigade built-in benchmark and was only bested by the GeForce RTX 2080 Ti cards.