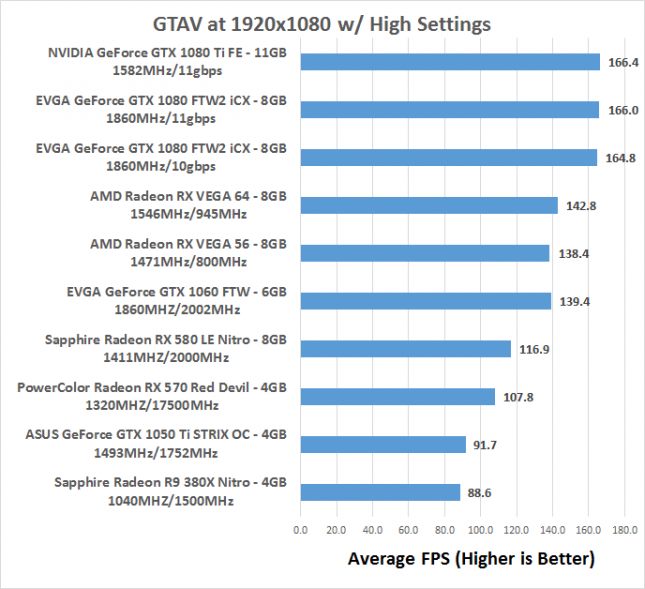 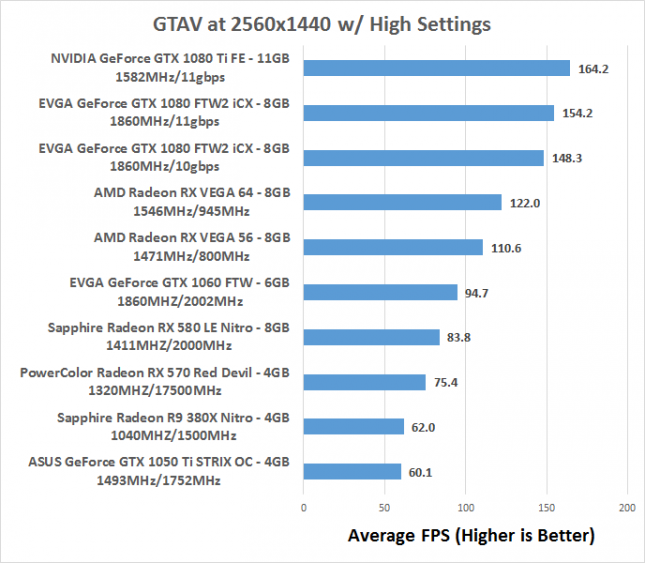 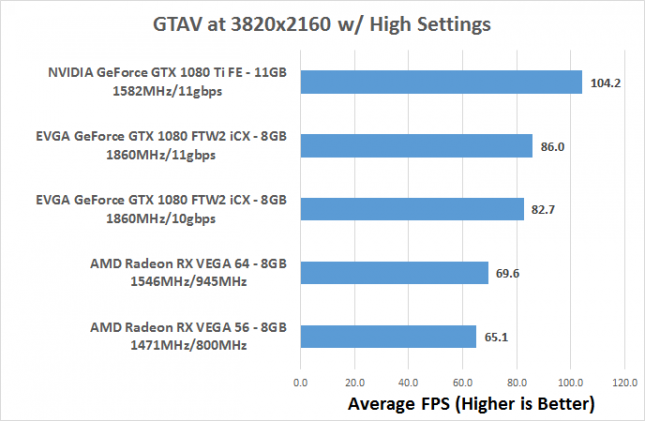 Benchmark Results: The AMD Radeon RX VEGA 56 and VEGA 64 cards ran GTAV with the standard game settings at over 60 FPS on average across all three resolutions that we tested. It wasn’t beating the GeForce GTX 1080 or GeForce GTX 1080 Ti, but it played the game smoothly.