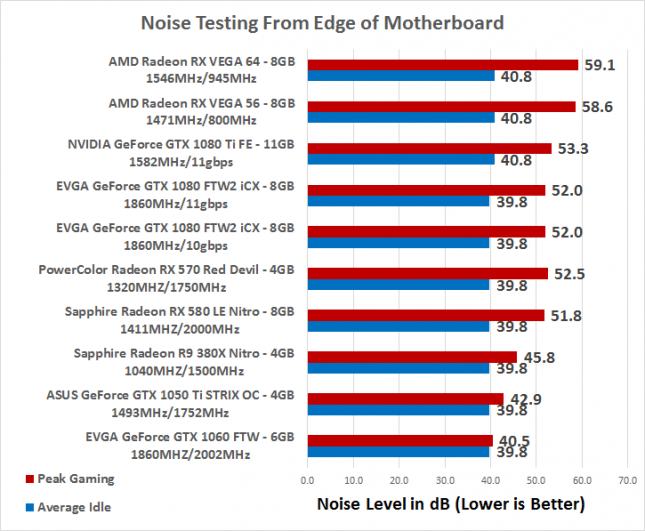 When it comes to noise levels the AMD Radeon RX VEGA 56 and Radeon RX VEGA 64 are by no means silent cards and were louder when gaming than any other graphics card that we have recently test by a good deal. We also heard choke whine on both cards when we were on the game menus in several game titles when the FPS was super high, which is something pretty rare these days.