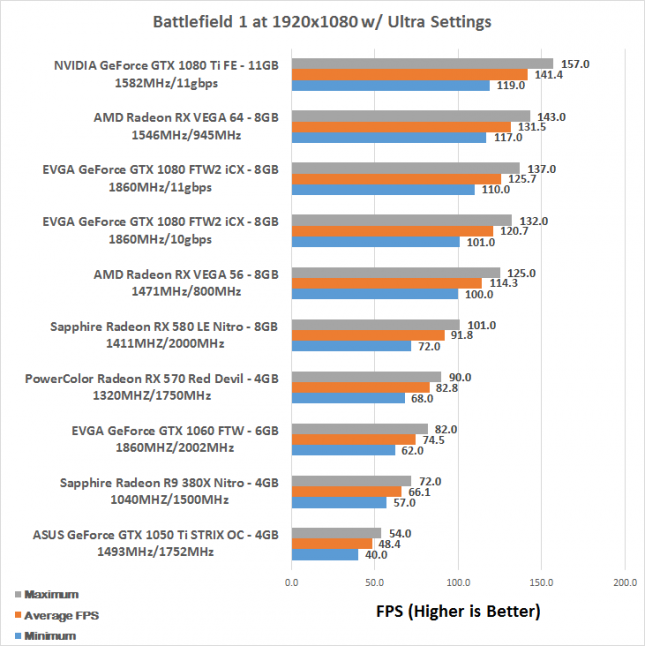 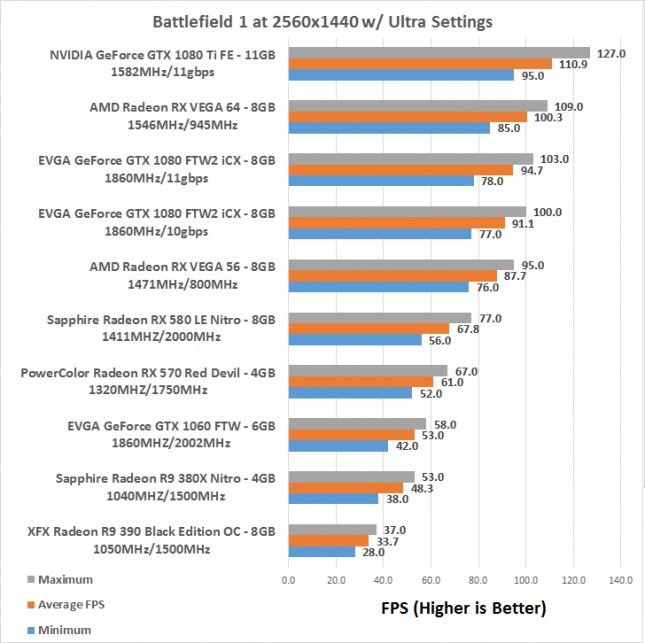 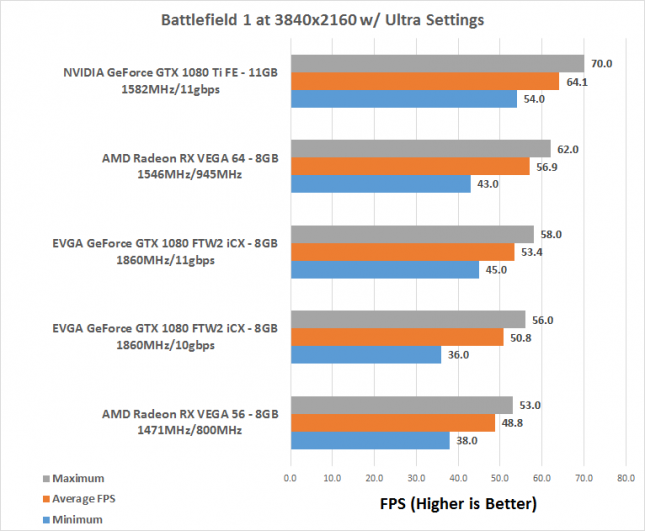 Benchmark Results: Battlefield 1 is pretty tough on graphics cards with the Ultra image quality preset, but we were still able to average 131.5 FPS on 1080P on the AMD Radeon RX VEGA 64 and 114.3 FPS on the Radeon RX VEGA 56. When we cranked up the screen resolution to 2560×1440 our performance dropped down to 100 and 88 FPS, respectively. The numbers produced by the Radeon RX VEGA 64 were above the GeForce GTX 1080 cards and we were close to 60 FPS on average on the VEGA RX 64 at 4K on BF1!