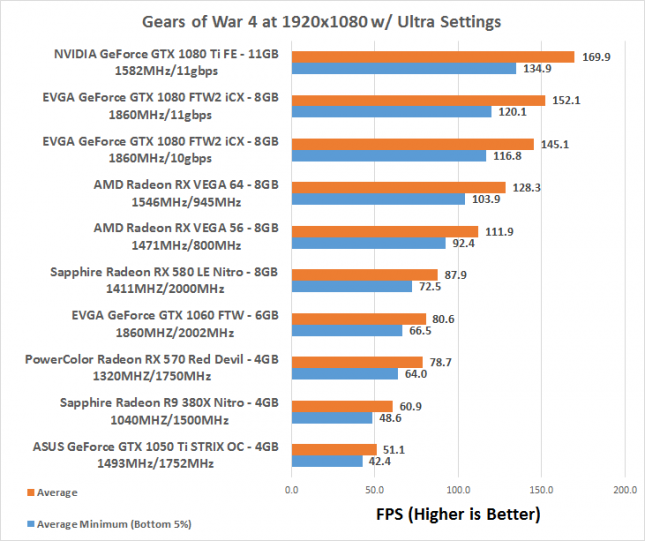 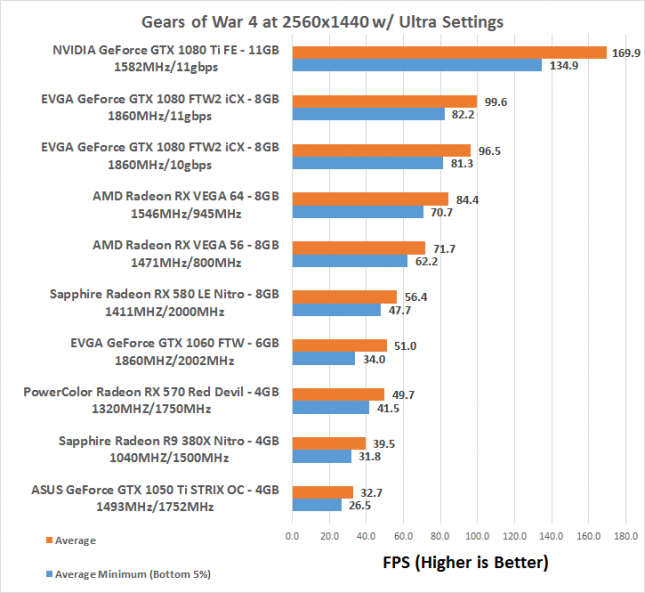 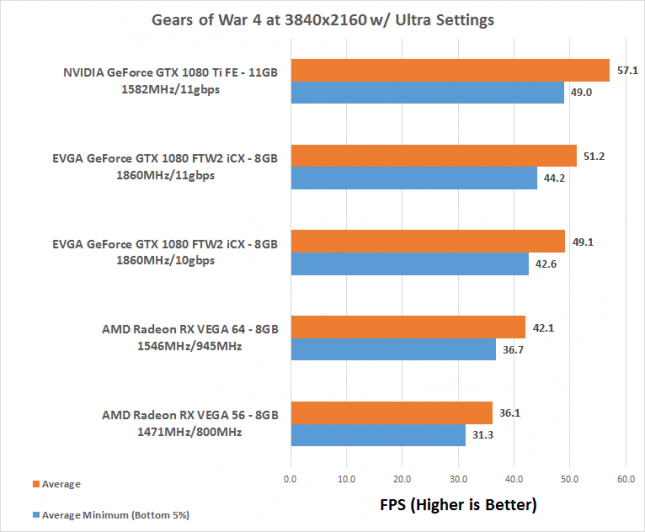 1440P Benchmark Results: The AMD Radeon RX VEGA 64 graphics card averaged 128 FPS on Gears of War 4 at the Ultra Preset at 1080P and 84 FPS at 1440P. Not fast enough to challenge the GeForce GTX 1080 that has been around since May 2016, but that is a substantial performance improvement over the AMD Radeon RX 580 8GB card that averaged just 88 FPS on this game title.