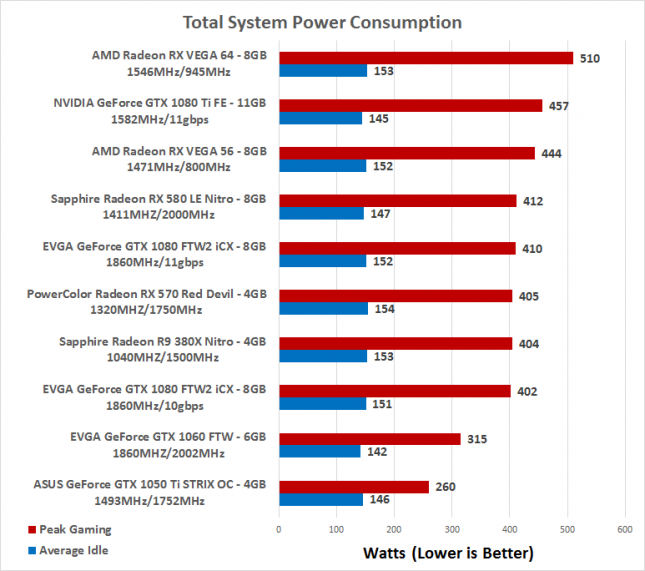 Power Consumption Results: With the AMD Radeon RX VEGA 56 video card installed in the system we topped out at 457 Watts when running BF1 at 1080P resolutions. The AMD Radeon RX 64 video card used 510 Watts in the same test, so our testing shows the VEGA 64 uses about 65 Watts more power than the VEGA 56 while gaming. The AMD Radeon RX VEGA 64  power efficient card uses more power, makes more noise and got beat by the NVIDIA GeForce GTX 1080 Ti Founders Edition in every benchmark. The NVIDIA GeForce GTX 1080 Ti is not going to be dethroned today!