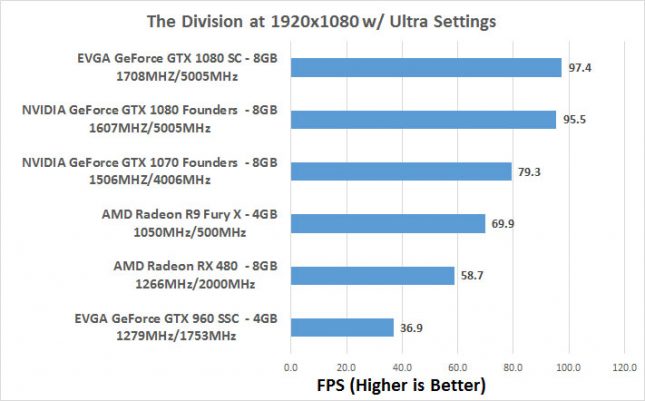 1080P Benchmark Results: Even at lower resolutions, The Division is a very punishing yet beautiful game, and at 19201080 we averaged roughly 59 FPS. 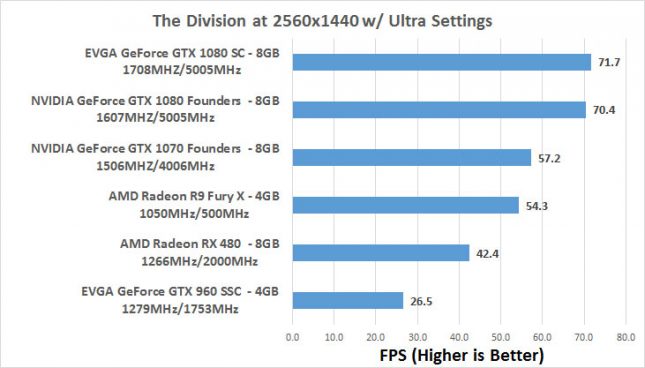 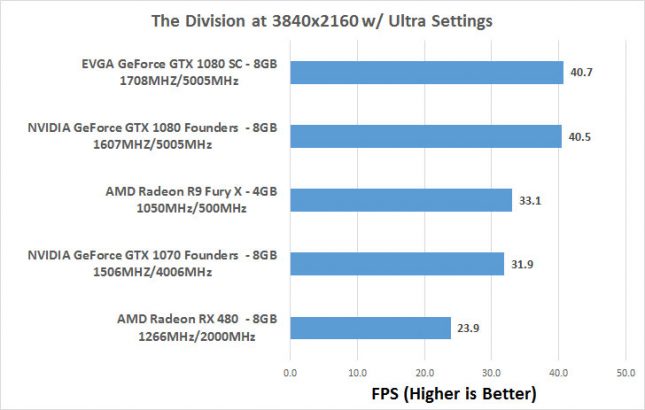 4K Ultra HD Benchmark Results: When moving up to 4K UHD resolution, the RX 480 averages 24 FPS or 8 FPS slower than the GeForce GTX 1070.