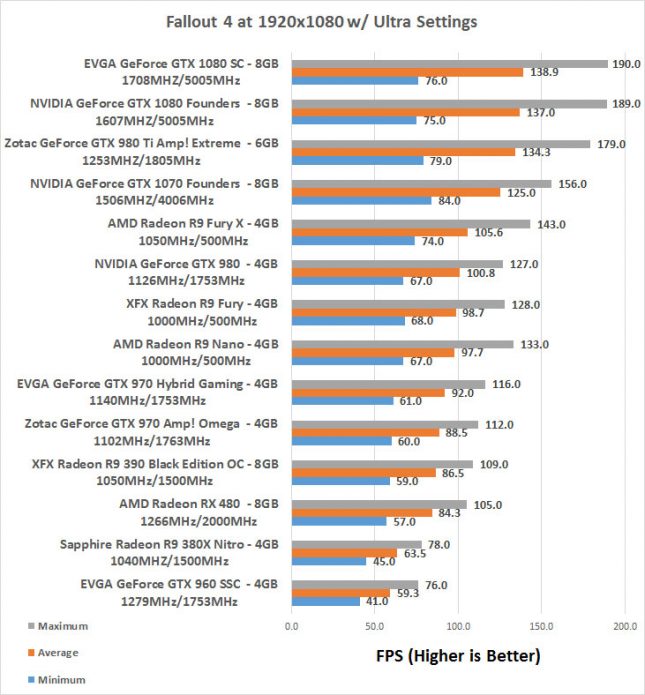 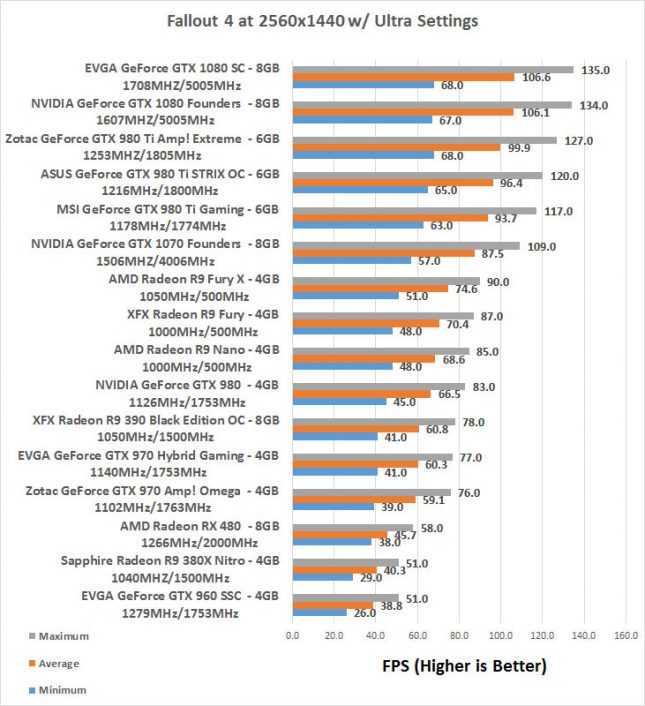 Benchmark Results: With the display resolution bumped up to 21601440, the AMD Radeon RX 480 lowered its lead over the Sapphire R9 380X, but still came in with an average of almost 46 FPS and about 5.5 FPS faster.

Fallout 4 won’t work on the Radeon RX 480 at a 4K resolution due to a driver issue. AMD is aware of the issue as it also impacts the Fiji GPU series cards, but the issue isn’t critical since a resolution change will allow the card to work. AMD let us know that they will have a fix in a future driver version.