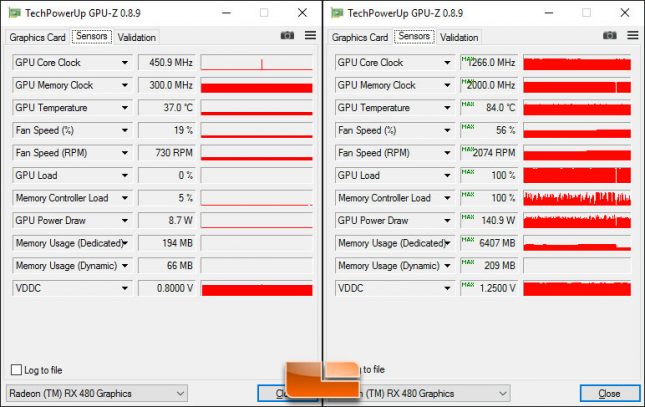 When it comes to temperatures the AMD Radeon RX 480 with the stock GPU cooler idled around 37C on our open air test bench and then hit 84C at load while gaming. The stock GPU cooler is basically a copper cored aluminum finned heatsink that you’d more commonly see on a CPU cooler. It was loud and ran at 2,100 RPM while gaming. We used 6.4GB of the cards 8GB of memory and put the GPU and memory controller at 100% load during our benchmarking. The voltage topped out at 1.25V while the most you could set it to in WattMan was 1.15V, so that is a bit odd. 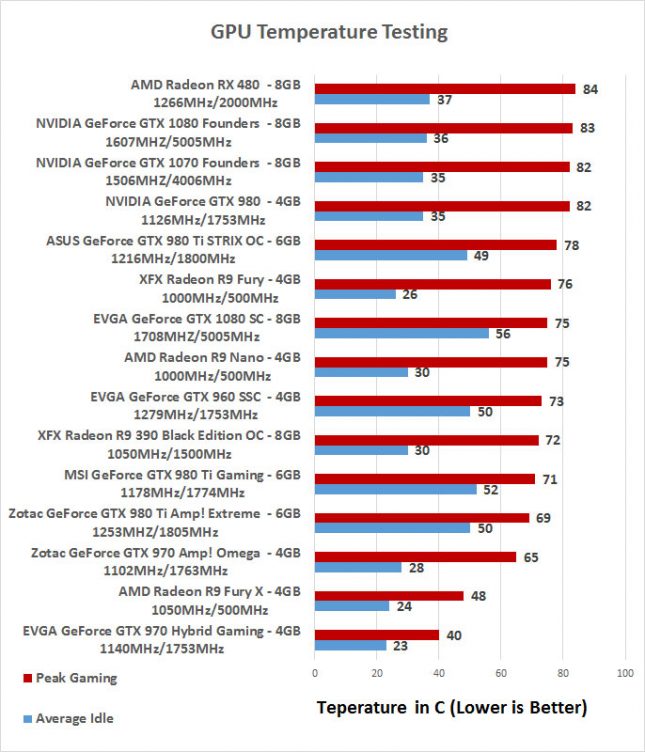 Here is a chart that shows the temperatures of the AMD Radeon RX 480 versus some other high-end desktop cards and you can see that the stock GPU cooler isn’t that great. We hit 84C and that is hotter than any other card we have tested this year. 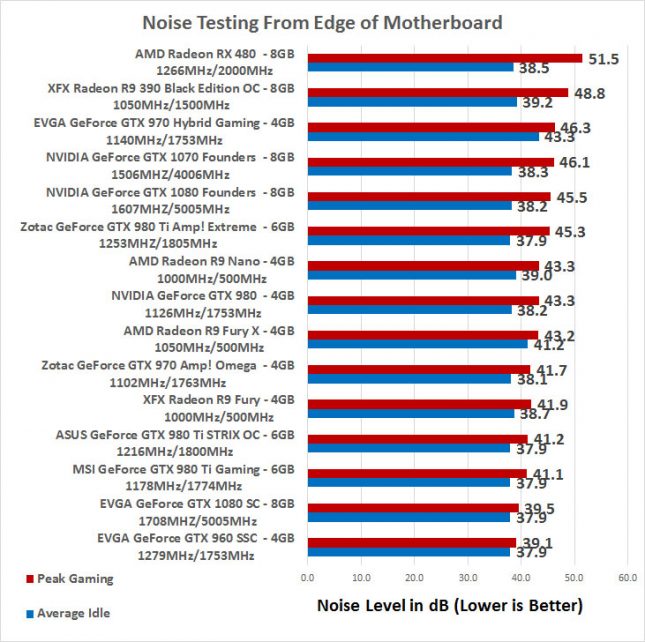 The AMD Radeon RX 480 also is the loudest graphics card that we have tested recently as it topped out chart at 51.5dB. The reference design GPU Cooler is basically garbage and it looks like AMD went with a low cost design to hit the $199 price point. They most certainly splurged on the GDDR5 memory chips and cut back on the GPU cooler! Just one look at the GPU cooler used on the RX 480 should make that clear! 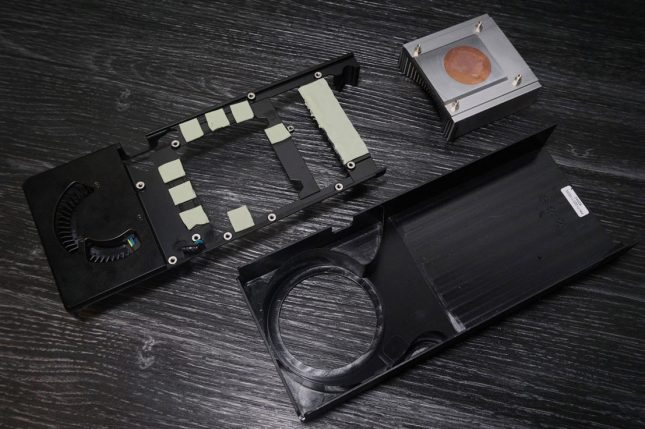 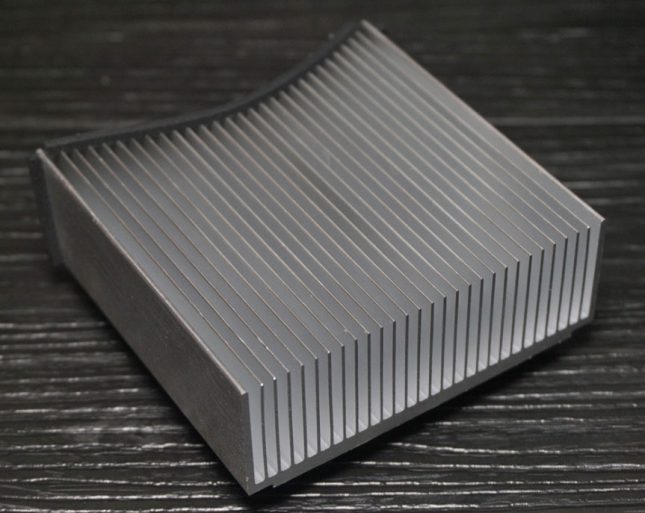