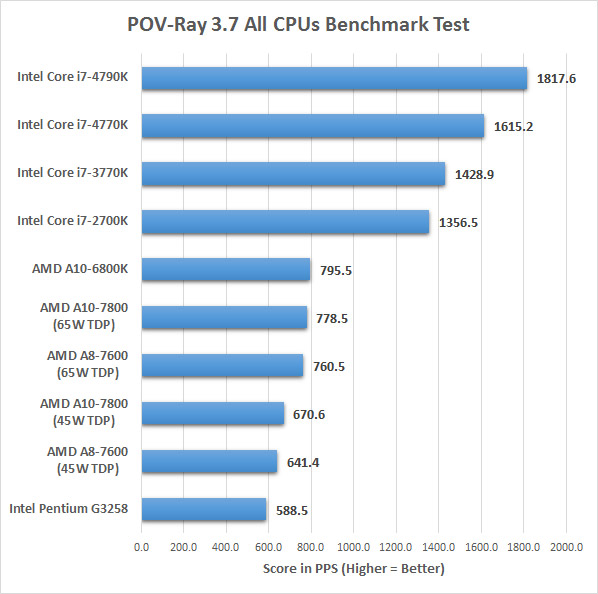 Benchmark Results: The AMD A10-7800 and AMD A8-7600 won’t give high-end quad-core processors a challenge, but they were able to perform better than a stock Intel Pentium G3258 Dual-Core Processor.