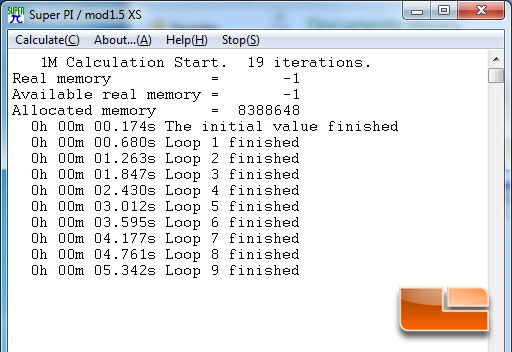 Super Pi is used by many overclockers to test the performance and stability of their computers. In the overclocking community, the standard program provides a benchmark for enthusiasts to compare “world record” pi calculation times and demonstrate their overclocking abilities. The program can also be used to test the stability of a certain overclock speed. If a computer is able to calculate PI to the 32 millionth place after the decimal without mistake, it is considered to be moderately stable in terms of RAM and CPU. However, longer tests with other CPU/RAM intensive calculation programs will run for hours instead of minutes and may better stress system stability. While Super Pi is not the fastest program for calculating Pi, it remains very popular in the hardware and overclocking communities. You can find the latest version of Super Pi here 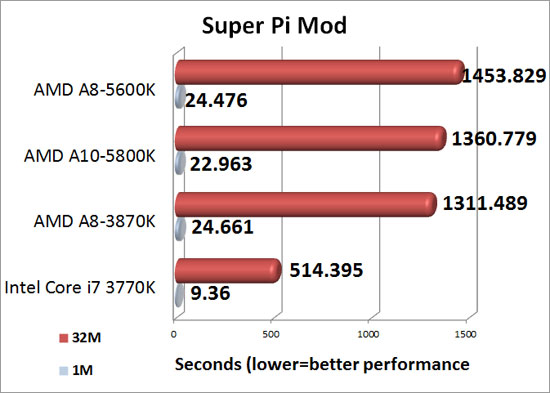 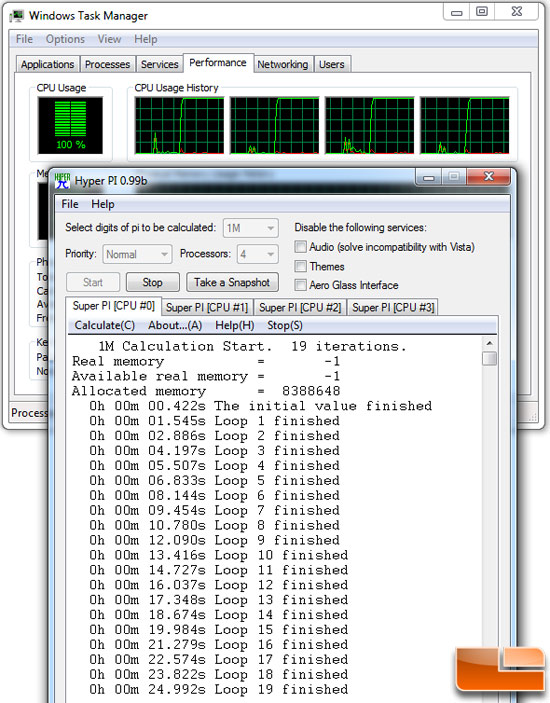 Hyper Pi is a front end mod for Super Pi. Hyper Pi allows you to run multiple instances of Super Pi automatically without manually setting processor affinity. Super Pi is a utility that allows you to calculate between 16 thousand and 32 million decimal places of Pi. Pi was originally calculated to 33.5 million places using a Pentium 90MHz processor, 40MB of main memory, and 340MB of available storage. This system was able to calculate the 33.5 million digits within 3 days! Fortunately we are able to do it a little bit quicker today. 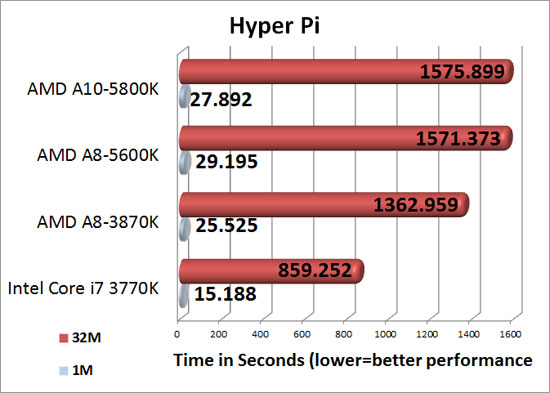 Benchmark Results: Once again we can see the shared resources rearing it head and biting us. The AMD A8-3870K was four seconds faster than the A8-5600K in the 1m test and 208.414 seconds faster in the 32M test.