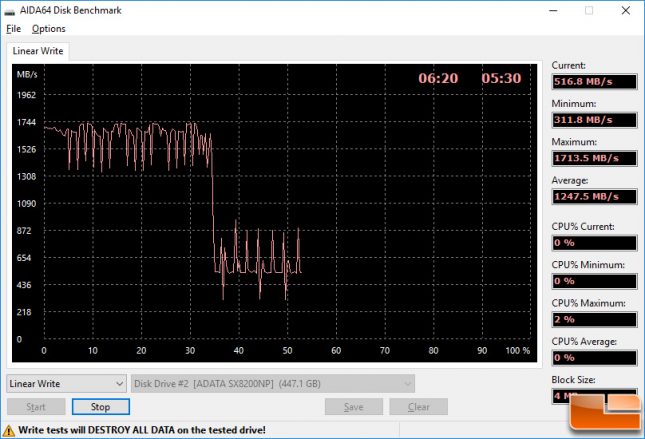 When you take a look at extended sustained write performance you’ll see that the performance started out at around 1715 MB/s and bounced around 1700 MB/s to 1400 MB/s until about 35% of the drive was full. Once 35% of the 480GB drive was fill the performance dropped down to around 500 MB/s to 900 MB/s. The slowest speed noted while writing over 250GB of data to the drive without any breaks was 311 MB/s and that occurred after all the SLC cache was full and data was being written directly to the 3D TLC NAND Flash. Unless you are writing hundreds of gigabytes worth of data to the drive, you’ll likely never see a performance slowdown like this. 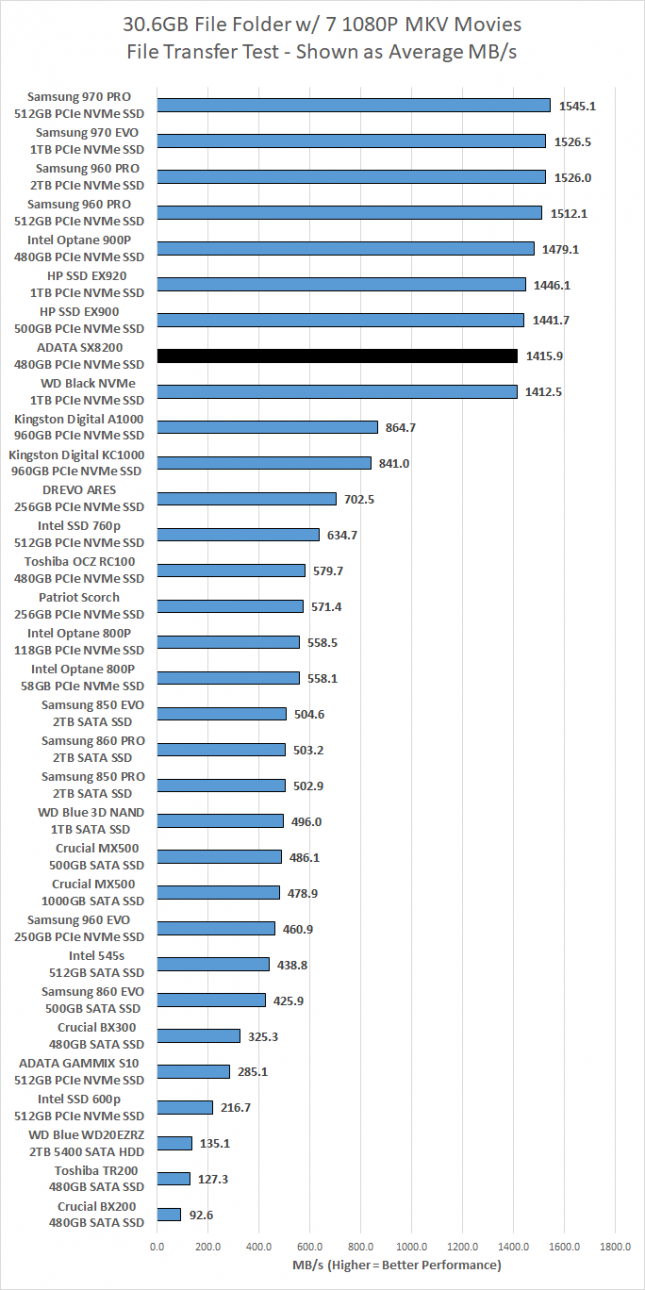 This budget friendly M.2 2280 drive blew away most of the other SSDs that we have tested at finished our file transfer test with an average speed of 1415.9 MB/s. This score puts it right new to the WD Black M.2 PCIe NVMe driver and the HP SSD EX920, so this drive is a good performer.