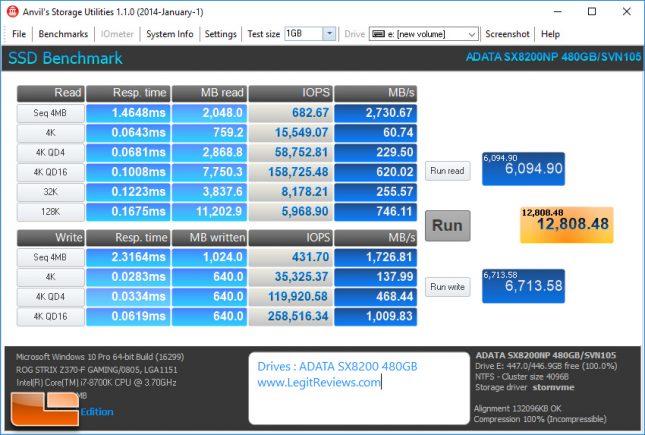 Benchmark Results: The Anvil SSD Benchmark showed that with 100% compression (incompressible data) the ADATA XPG SX8200 480GB drive had an overall score of 12,808.48 points. The drive topped out at 2,731 MB/s read and 1,727MB/s write speeds on the sequential performance test with 4MB file sizes. 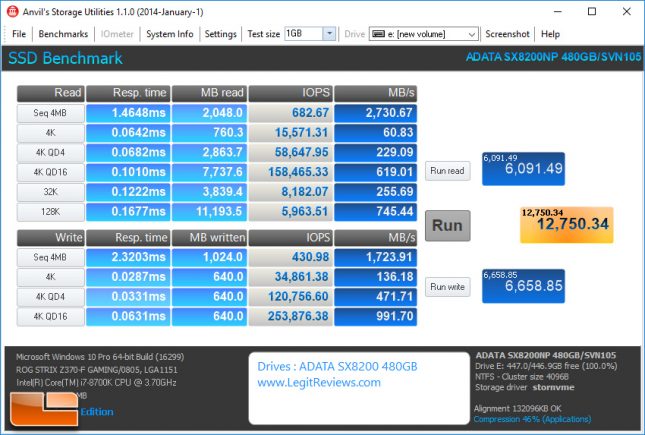 Benchmark Results: With the compression at 46% to help mimic real world applications better we found the overall score was basically the same at 12,750.34 points. 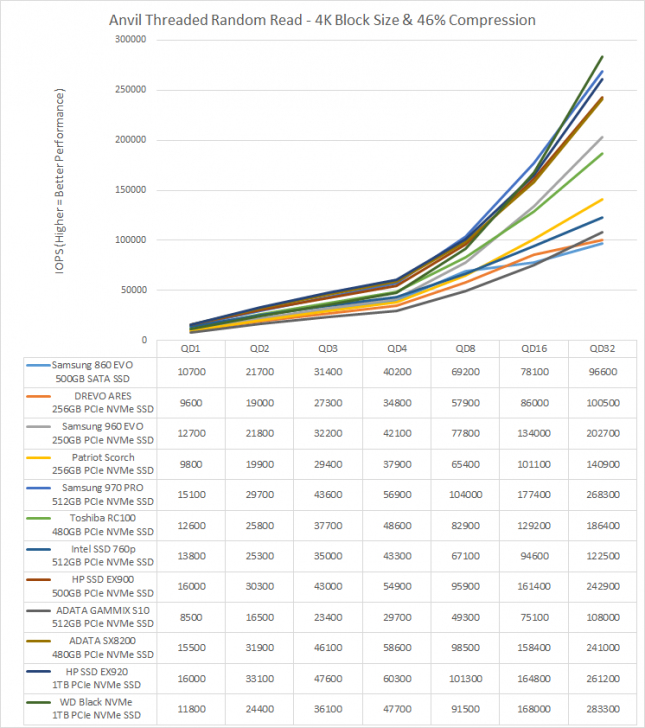 Benchmark Results: When it comes to Random 4K Read performance at various queue depths we see the ADATA SX8200 performing right with some of the best known drives on the market. 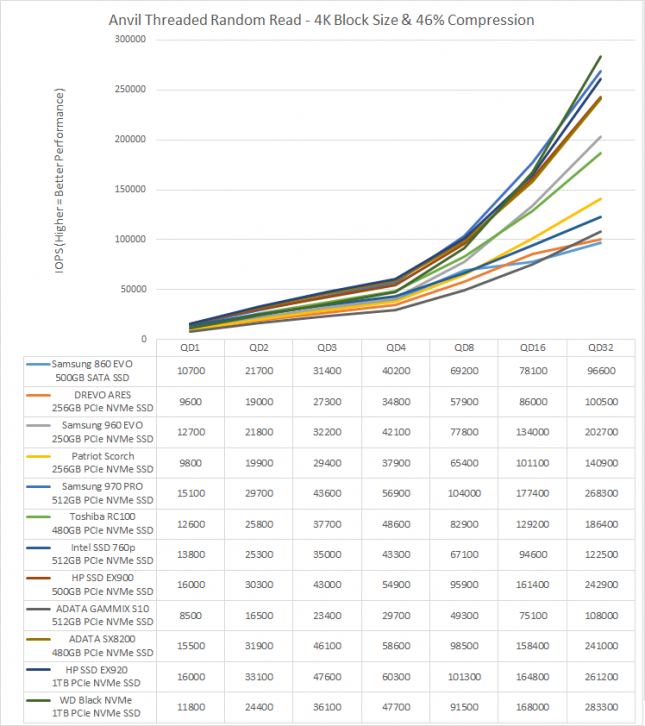 Benchmark Results: The 4K Random Write performance had the SX8200 480GB drive performing in the middle of the pack at all queue depths.