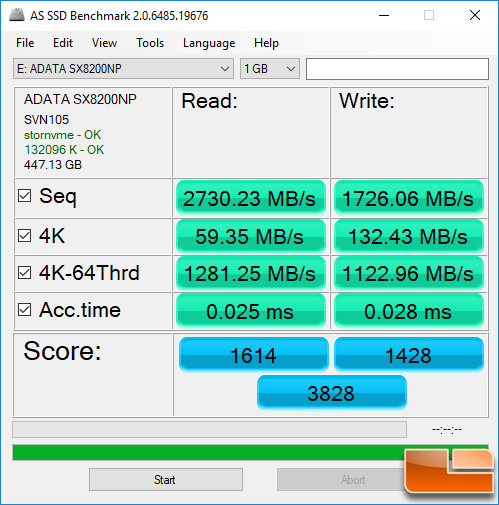 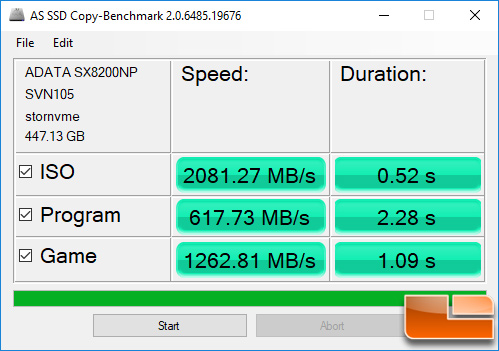 Benchmark Results: The copy benchmark test results were ranging from 617 MB/s in the Program test to 2081 MB/s in the ISO benchmark. 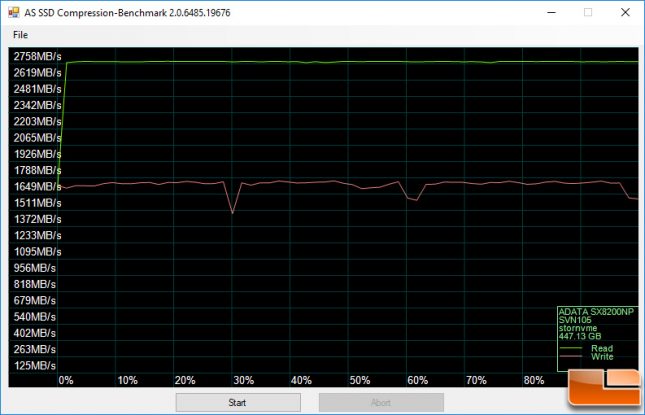 Benchmark Results: For this benchmark chart you would ideally want to see a straight line as you dont want any compression performance loss as the test goes from 0% compressible to 100% compressible data during the benchmark test period. The SX8200 480GB SSD was pretty damn flat on the read test, but had a few minor pot holes when it came to the write test. Still good results as the lows were 1500 MB/s!