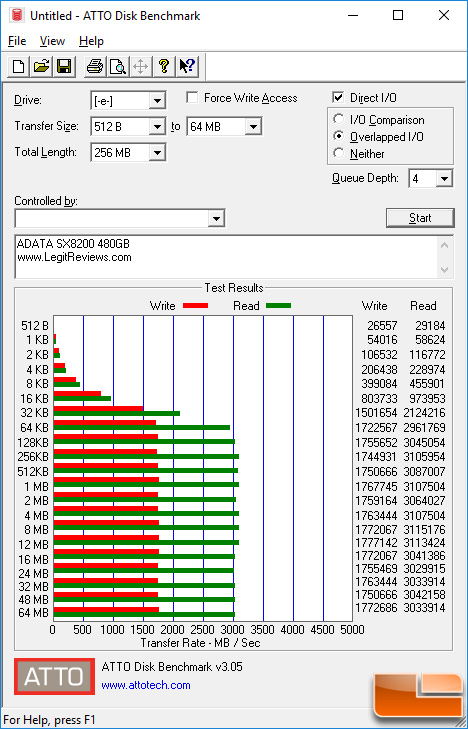 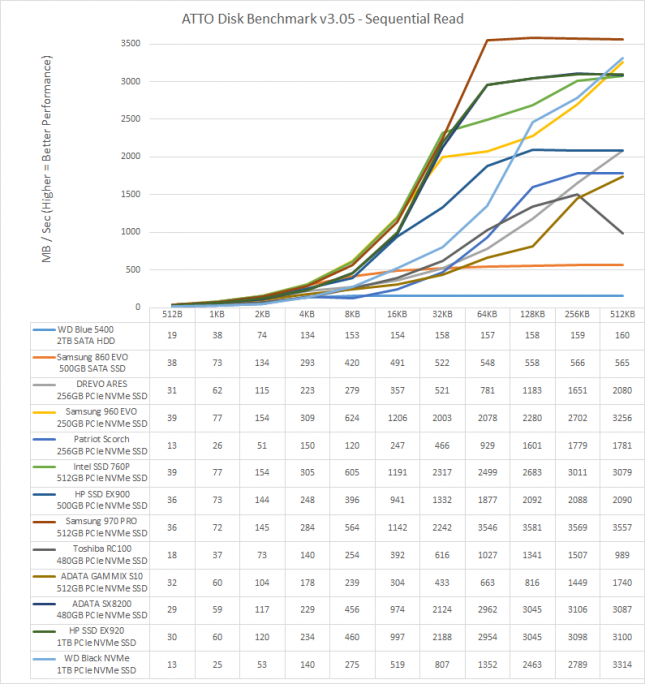 Benchmark Results: Compared to some other SATA III and PCIe NVMe SSDs, the ADATA XPG SX8200 480GB drives performance was pretty much exactly the same as the HP SSD EX920 1TB drive as the two lines on the chart are basically undisquisable. 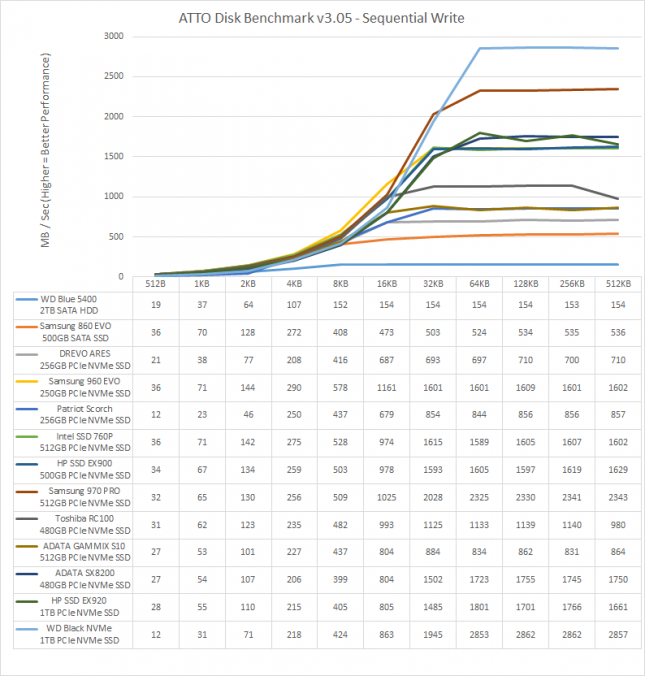 Benchmark Results: The ATTO write performance numbers on the ADATA XPG SX8200 are among the fastest of any 480/500/512 GB drive that we have recently tested with speeds hitting over 1750 MB/s.