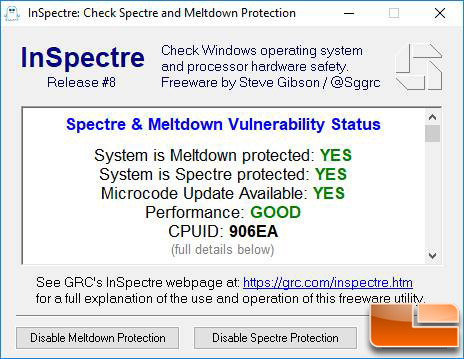 The readout on CrystalDiskInfo 7.6.0 shows that the ADATA SX8200 drive series supports S.M.A.R.T. and the NVM Express 1.3 standard. The drive we received had firmware version SVN105 installed and that is the version that we used for general testing and benchmarking. 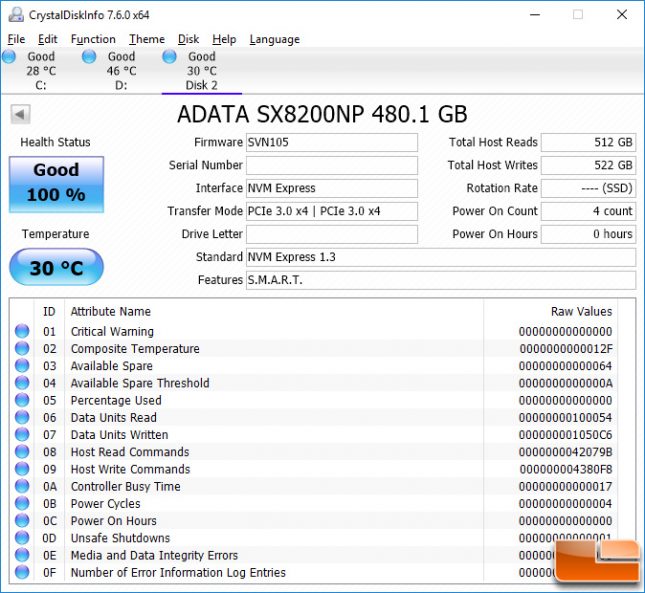 The overall capacity shows up as 447GB on the ADATA XPG SX8200 480GB drive in Windows 10 version 1709. Please remember that 1GB = 1,000,000,000 bytes. A certain portion of capacity may be used for system file and maintenance use, thus the actual available capacity may differ from the labeled total capacity. 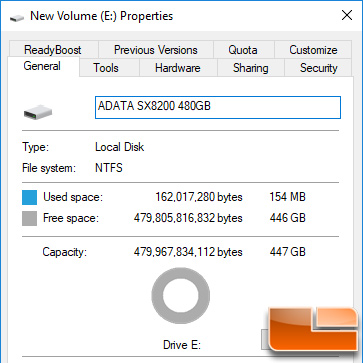 The only Windows ‘tweak’ that we did on the ADATA SX8200 was to disable Windows write-cache buffer flushing under storage properties in Windows Device Manager. 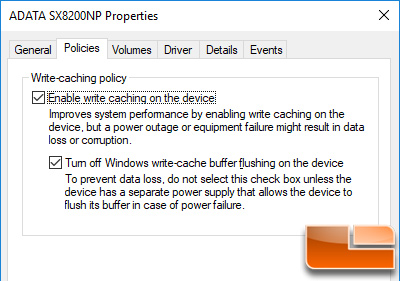 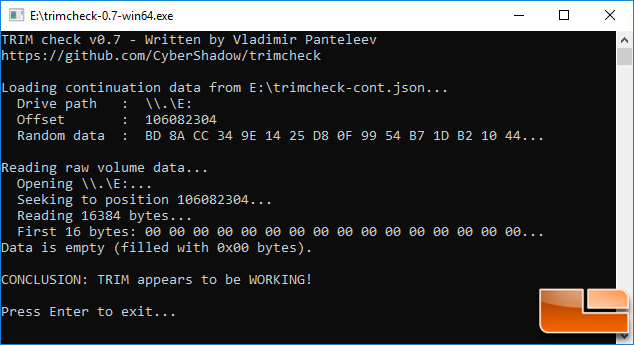 According to TRIMCheck v0.7, the XPG SX8200 480GB drive that we are testing today does properly execute the TRIM command correctly as the random data that was written to the drive was properly cleaned.