What Real People Think Of The Killer NIC 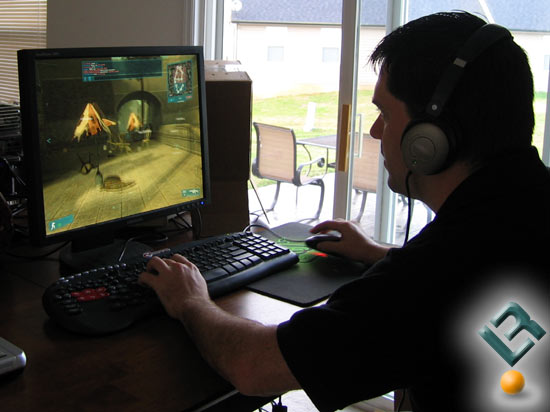 First up to bat was Brian Wallace, who is the Video Card reviewer here on Legit Reviews. Brian has gamed on every single PCI Express graphics card that ATI and NVIDIA has ever brought to market and his knowledge of gaming platforms is well above the norm. Other than complaining how the test system was slow and the monitor/resolution was small (Hate to break it to him, but not everyone has a 30″ monitor and a pair of 8800GTX’s in SLI running 2560×1600 like he has) Brian was able to get some frags and thought for sure that he figured out when the Killer K1 was installed and when it was removed. He was certain that the Killer NIC was installed the second time around and was shocked to see that it wasn’t installed when the box was removed. 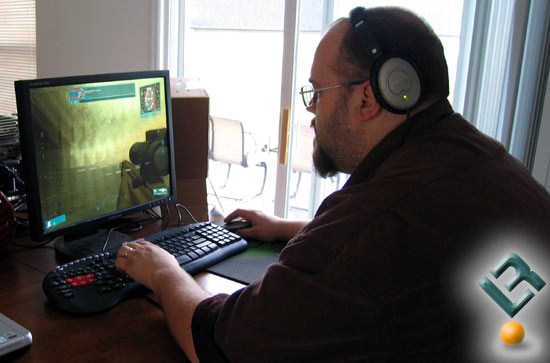 Games Played: Quake 3, Far Cry and all of the Unreal Tournament titles

Bubba is a local forum member and we have met him several times at local LAN parties. He was more than happy to come over for the Killer K1 ‘blind taste test’ and put the network cards to the test. Unlike Brian Wallace who commented on how the test system was slower than his personal system, Bubba was impressed by the test system and found the graphics to be better than his personal system. He complained about some NVIDIA driver bugs that are present in the Vista 32-bit drivers that cause the right side of the screen to flicker randomly. When he got done playing GRAW on both test systems he told us that he couldn’t tell a difference and thought the performance was the same with and without the Killer K1 installed. 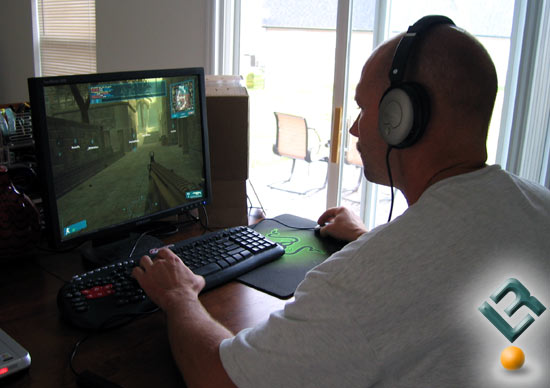 When my next door neighbor got word that I was having a BBQ and doing game testing he showed up ready to game and eat! Gary plays games a couple times a week and is strictly a first person shooter type of gamer and has played Ghost Recon before, which was nice. After he gamed on the system with and without the card he thought that it was installed on the second system as the gameplay seemed ‘smoother’ as he put it. As already noted the Killer K1 was installed the first time he used the test system and then removed on second! 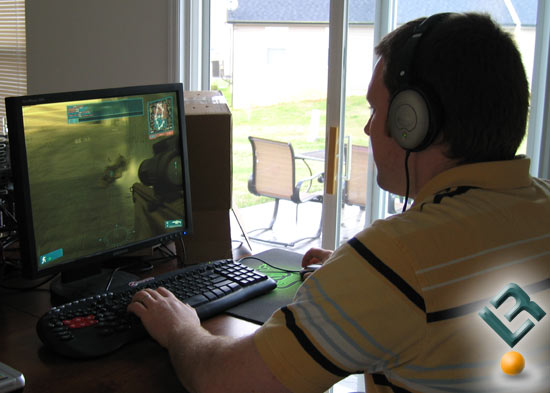 Games Played: Counter-Strike, Far Cry, all of the Unreal Tournaments, and strategy

Next up to bat is Justin West, who has been into online gaming since 2000 when I got him started on Aliens Versus Predator, Front Line Force and Counter-Strike when we were in college together up at Truman State University. After he played GRAW for a good half an hour, with and without the card, he hard a hard time figuring out which system had the card installed. On the first system he noticed a few artifacts on the screen during high activity between the players and he didn’t notice this on the second system. Based on these artifacts that he observed, he guessed that the Killer K1 was installed on the second system, which was incorrect as that was integrated networking at its best! He sums up his testing period by saying that both times he played on the system that it felt exactly the same other than the artifacts that he mentioned, which are the same driver bugs that Bubba also noted.

Other than Brian, Bubba, Gary, Justin and I we also had a few other people try out the gaming system with and without the card installed and not one person correctly guessed when the Killer K1 was installed in the test system. Since I set up the testing I was unable to do it ‘blind’ but I wasn’t able to tell a difference either way. I used to play online games in college 40-60 hours per week and have had the pleasure of personally gaming with and against Fata1ty, SK-Gaming, 4Kings and numerous others at events over the years. With over 8 years of competitive online gaming under my belt I feel that it’s safe to say the card didn’t make a difference that I could tell.

After everyone left for the evening I was able to look at the recorded ping times and believe it or not the Killer K1 actually had lower latency, but no one could tell the minor difference, not to mention the difference is not significant. 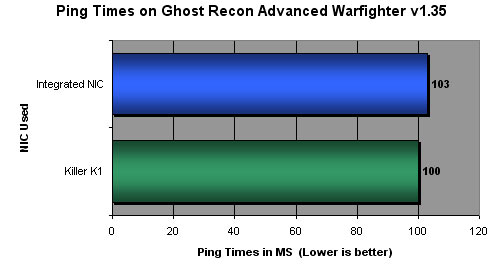