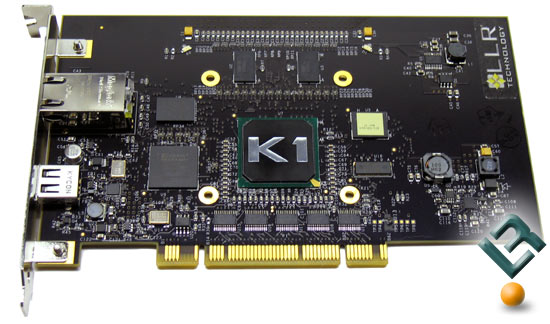 The Killer K1 NIC card really doesn’t have too many components on it, so let’s take a look at a few key components and examine their function. By understanding what components are used on the card one can get a better understanding of the pirce and quality of a product. 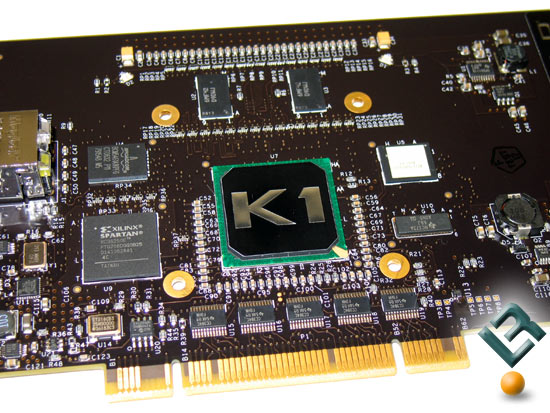 Let’s focus on the center of the card and see what the bigger components are. First lets remove the K1 sticker and see what is under it! 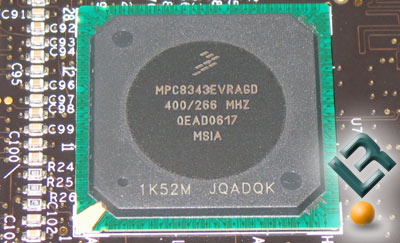 Under the ‘K1’ sticker we find the heart of the card, which is the MPC8349E Freescale processor. The MPC8349E PowerQUICC II Pro is an integrated communications processors developed from the older PowerQUICC II product line. Based on a system-on-chip (SoC) architecture, the MPC8349E PowerQUICC II Pro integrates the enhanced e300 core and advanced features, such as DDR memory, Dual Gigabit Ethernet, Dual PCI and Hi-Speed USB controllers. With clock speeds scaling to 667 MHz, the MPC8349E family of processors offers the highest performing PowerQUICC II devices available. The Killer NIC has a MPC8349E Freescale processor that runs at 400MHz and the Killer K1 has the same processor running at 333MHz. By looking up the above part number we found the Killer K1 to have the same part number as a 400MHz part. The above part number is MPC8343EVRAGD, with ‘AG’ being the processor frequency of 400MHz and the ‘D’ being the 266MHz platform frequency. 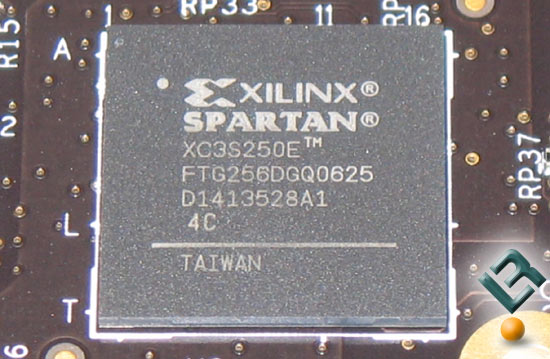 Pictured above is the Xilinx Spartan FPGA that is used for Gate-Centric Designs like the one found here on the pair of Killer NIC cards. The Xilinx Spartan FPGA is a low-cost, programmable gate array that contains Bigfoot Networks’ proprietary technology thanks to the fact that it can deliver up to 1.6 million system gates and 376 I/Os. If this part looks familiar to you don’t worry as it should be as ATI used the Xilinx Spartan FPGA on the X1900 series of video cards. Just for fun we used google to look up the price of one of the Spartan XC3S250E and found it to be $16.85 when bought individually. 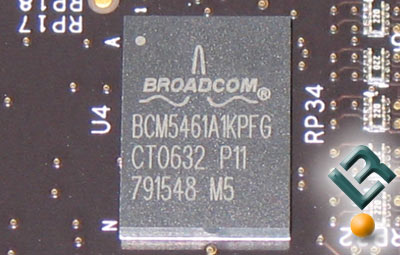 The Broadcom BCM5461 Digital Signal Processor enables the Killer NIC cards a way to drive the delivery of Gigabit Ethernet bandwidth to the desktop. The BCM5461’s Digital Signal Processor based architecture and advanced power management techniques combine to achieve robust and low power operation over the existing CAT 5 twisted pair wiring. The BCM5421 architecture not only meets the requirements of 802.3, 802.3u, and 802.3ab, but maintains the industry’s highest level of margin over IEEE requirements for Echo, NEXT, and FEXT. The BCM5461 has the industry’s lowest power consumption rating at less than 700 mW per port. For NIC applications, support for Wake on LAN enables compliance with PCI 2.2 and PC99/PC2000. In addition, the BCM5461 has extremely low EMI emissions, which reduces the design constraints required to meet EMI emissions specifications. All said and done the Broadcom BCM5461 Digital Signal Processor looks like a great choice for the Killer NIC family of products. 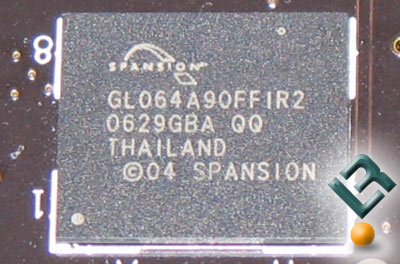 The Spansion he S29GLxxxA family of devices are 3.0 V single power Flash memory manufactured using 200 nm MirrorBit technology. The S29GL064A is a 64 Mb device organized as 4,194,304 words or 8,388,608 bytes. The Spansion flash memory module can be programmed either in the host system or in standard EPROM programmers. The driver/firmware updates that are done on the Killer NIC and Killer K1 all take place on this piece of memory. The 64mb of onboard memory is handled by a pair of Micron Technology memory IC’s with the FBGA number of D9DWJ, which can be decoded to find their true part number of which is MT46V16M16BG-6:F. After looking up the part number it was easily found out that these are 256Mb DDR1 SDRAM parts that are rated to run at 333MHz with at CAS Latency of 2.5 when operated at 2.5V.

All said and done it looks like all of the components that are used on the Bigfoot Networks Killer NIC series of products are readily available on the market today.