SiSoftware Sandra (the System ANalyser, Diagnostic and Reporting Assistant) is an information & diagnostic utility. Sandra provides most of the information (including undocumented) you need to know about your hardware, software and other devices whether hardware or software. In order to test the Intel SSD I used SiSoftware Sandra 2009 build 15.42, which was just released on Septemeber 8th, 2008. The graphical results that Sandra gives you after the test is completed nicely shows drives perform over time and where at on the drive the performance is seen. 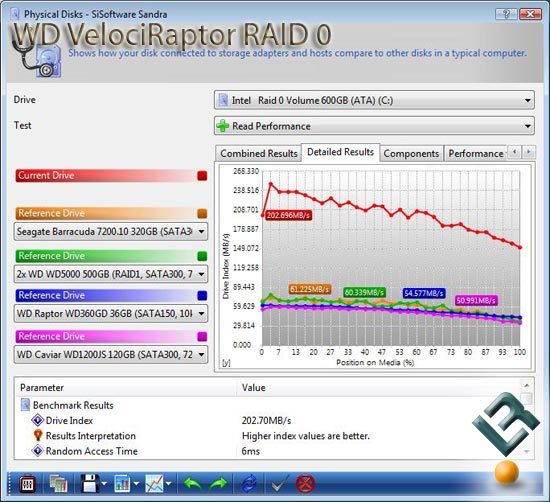 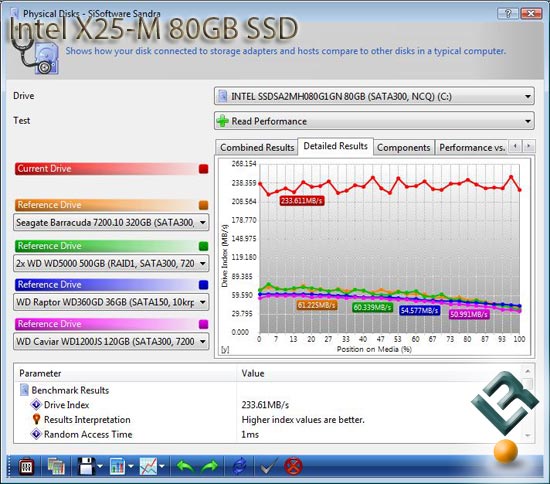 Benchmark Results: In the read performance test that is used in SANDRA 2009, the Intel X25-M drive offered the fastest sustained read bandwidth at 233.61MB/s. The Western Digital VelociRaptors in RAID 0 were not too far behind, at 202.70MB/s. That makes the read speed on the X25-M 15.2% quicker than the VelociRaptors in RAID 0.