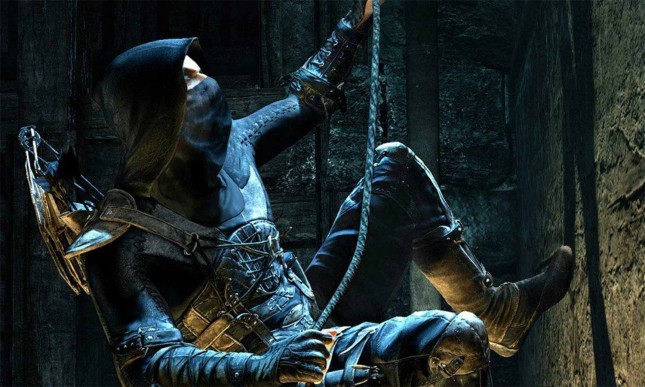 Thief is a stealth based game, where the main character is a master thief in a medeival world.  This is the fourth game in the Thief series developed by Eidos, which was released in late February 2014.  It is the second game to support AMD Mantle and the first to support AMD’s TrueAudio.

As we have been running two benchmarks per game, we will run Thief at Normal graphic settings at  the 1920×1080 resolution and will evaluate both DirectX and Mantle performance. 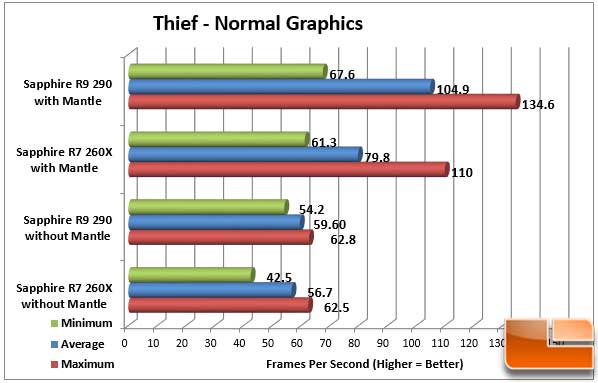 Only by enabling Mantle on the 260X can it do any better than the DirectX API on the Sapphire R9 290.  Of course, since the Vapor-X R9 290 can also utilize Mantle, once that’s enabled, it once again takes the lead.  Just by enabling Mantle, the R9 290 received a 76% performance boost, that’s a heck of a boost by enabling a graphics API.

Running the R7950 at Eyefinity 5760×1080 and very high graphics, it was nearly unplayable with a FPS of 23.3.  However, the R9 290 was able to keep up in both DirectX and Mantle API at the high resolution of Eyefinity.

Benchmark Results:  The Sapphire Vapor-X R9 290 performs very well within Thief, as we would expect.  Even pushing it to 5760×1080 at Very High graphics, it still had a very reasonable framerate for a smooth gameplay.