There are many tools available that allow overclocking the GPU, Sapphire has their own tool called TriXX.  This tool lets us know what is going on with the GPU and an easy way to overclock or adjust fan speeds.  The overclocking tab is laid out so we know what can be adjusted and is a great way to know exactly what is going to happen.  The GPU clock and Memory Clock was slowly increased, while Heaven 4.0 was run to verify stability. 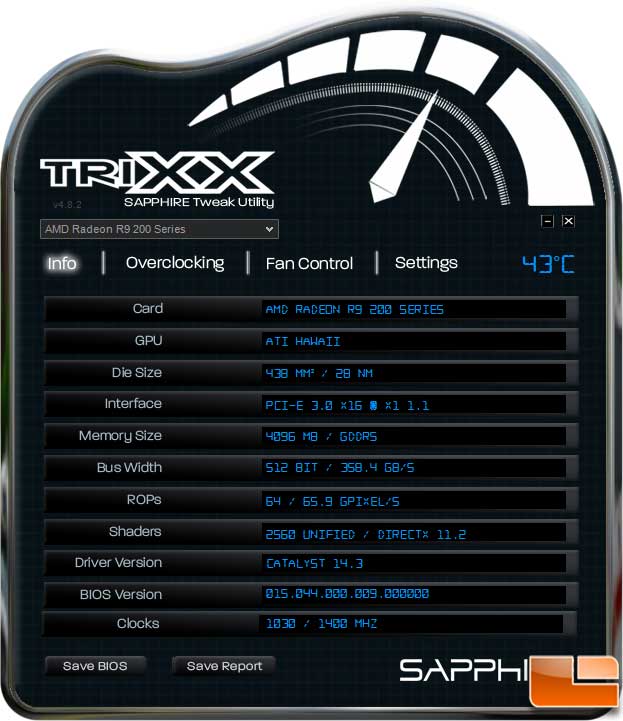 The Sapphire TriXX Info tab shows us a good amount of information that includes the Catalyst driver version and current GPU BIOS, if you regularly use GPU-Z, it provides more information than TriXX, however that’s not what TriXX is necessarily focused on. 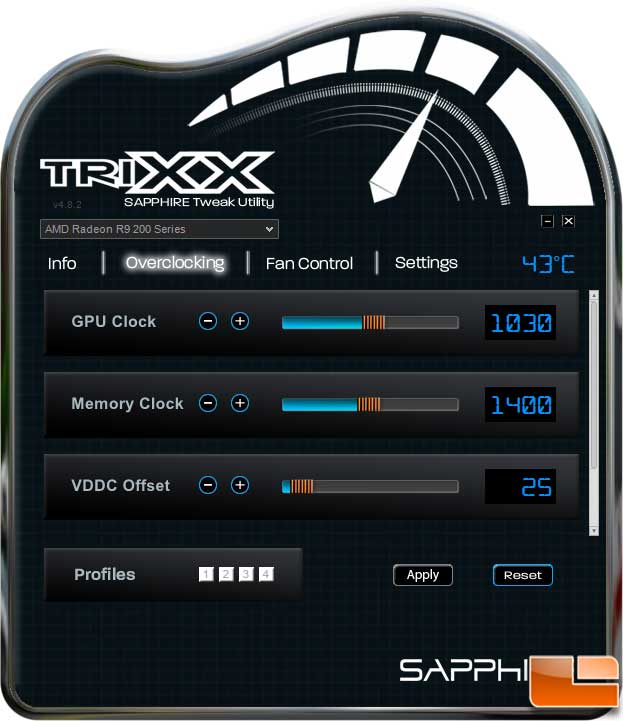 TriXX main focus is the Overclocking and Fan Control capabilities.  Taking a quick look at the TriXX Overclocking tab, it shows the operating speed of the GPU clock and Memory clock meets the specifications; not that we expected anything different. 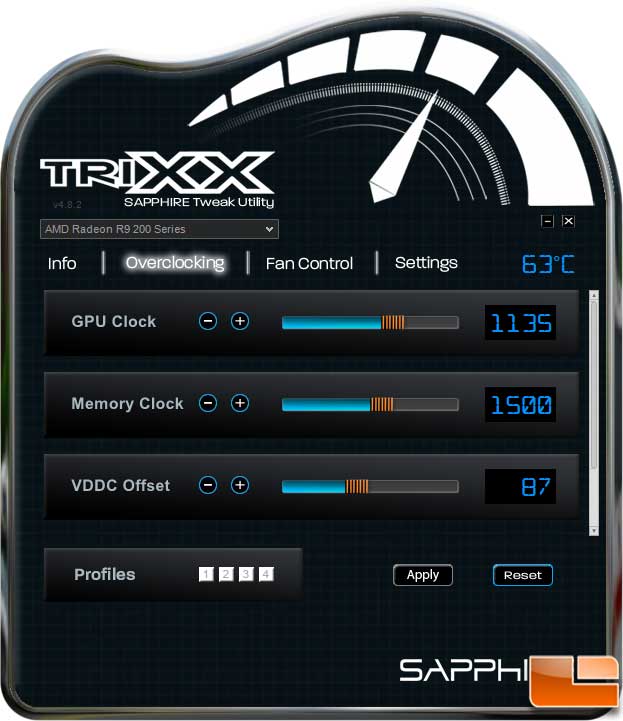 While the GPU clock speed was perfectly stable and glitch free at 1135MHz, it was able to go higher.  Heaven 4.0 successfully completed a run through as high as 1185MHz with a memory clock of 1555MHz; successfully completed but not glitch free. The VDDC Offset could be adjusted higher, 100 seemed to be the biggest factor in stability, anything higher than 100 did not improve overclocking.  In addition, as speeds were increased over 1135MHz, the benefit got smaller, and around 1170MHz I started to receive a negative impact to the performance.  Between 1135MHz and 1160MHz Heaven received around 2FPS boost for that 25MHz boost with many graphic glitches.

Taking a look at the 3DMark results, we can see the overall score went from 8709 to 9473, since only the GPU settings were adjusted, the difference is directly related to the overclocking.  Going a little deeper, the graphics score went from 10585 to 11685, which is around 10.4% performance boost. 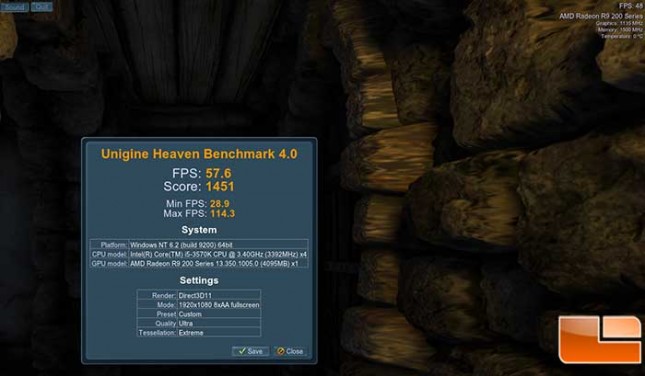 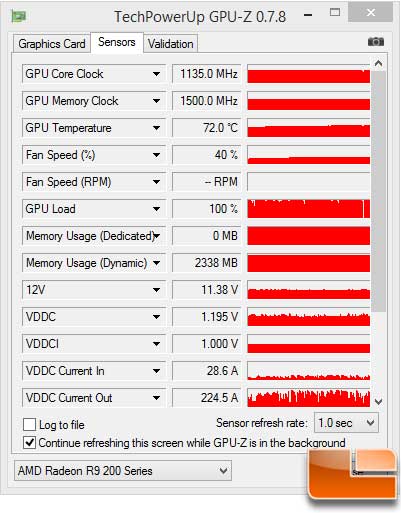 While performing overclocked benchmarks, GPU-Z was used to monitor the various sensors.  Here we can see that while the GPU was running at 100% for a length of time, the temperature reached a maximum temperature of 72C, which was the same maximum temperature as the stock settings and the three fans only reached 40% of their speed.

Benchmark Results:  Going from a GPU clock speed of 1030MHz to 1135MHz, a 10.1% increase in clock speed, provided significant performance increases in the synthetic benchmarks Heaven and 3DMark which both received around 10% performance boost as well.  The Sapphire TriXX software makes overclocking easy and should not be skipped by anybody wanting to get the most out of their system.