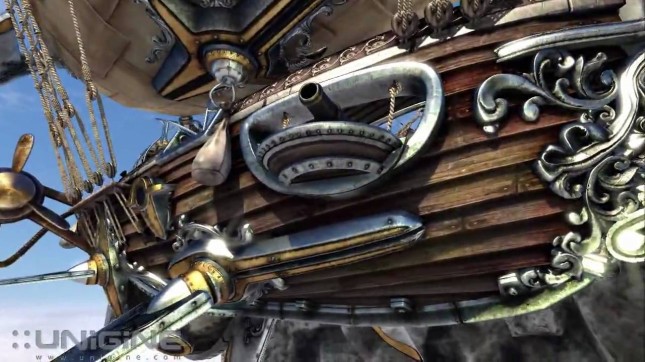 Unigine Heaven benchmark was first released in October 2009, it is now on the fourth generation of the benchmark.  It is a benchmark that tests DirectX 11, the scores provided are 100% based on the GPU’s performance.  Like most benchmarks, it has presets that can be customized for a specific test.  These presets makes it easy to get a good comparison of the results.  In addition to providing the FPS it also monitors the GPU temperature and clock; however that we will not be concerned with at this time.  With Heaven’s presets being able to adjusted, they were set to the Ultra quality, Tesselation to Extreme and Anti-aliasing to x8. 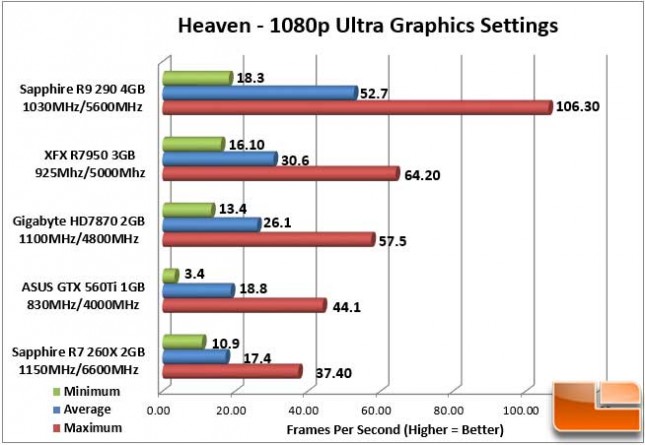 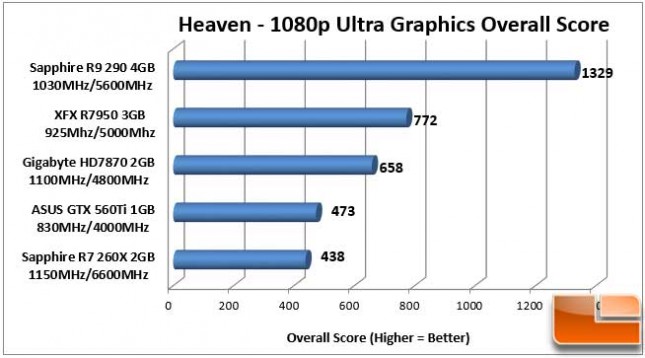 Overall score for Heaven reflects the huge performance boost over the R7950, with another 72% performance increase.

Once again the FPS difference is reflected in the Overall score for the Heaven benchmark with a 32.6% difference in performance.