All testing is done in a temperature controlled environment, which is maintained at 17C (63F). 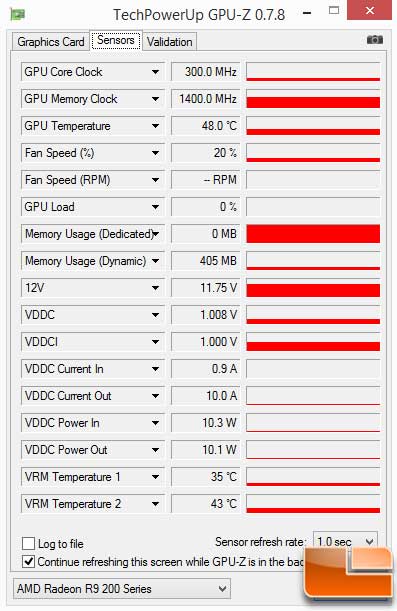 Allowing the Sapphire Vapor-X R9 290 sit at the desktop with no applications running for 30 minutes, the idle temperature was 45C with all three fans running at their default speeds (20% speed).

When the Sapphire IFC is turned on, two of the fans shut down when they are not necessary.  This changes the idle temperature from 45C to 51C.  Not a huge change when sitting idle or under a light workload. 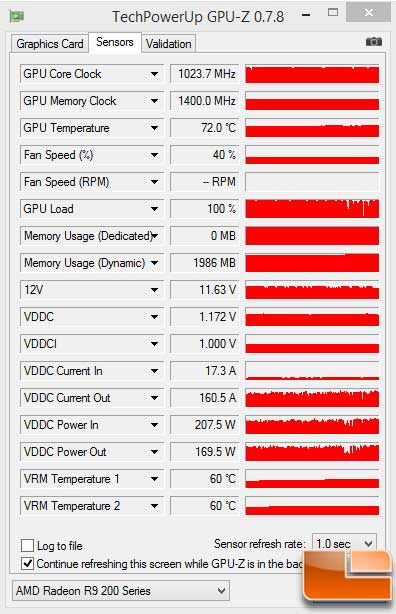 Once the card is put under a heavy load and reaches 100% utilization, Crysis 3 was run continuously for 30 minutes to allow the card to heat up.  At the end of the gaming session, while the card was still under a full load, the temperature reached 72C.  The VRM Temperatures reached 60C and did not go any higher.

To test the noise level, we used an Extech sound level meter that has a +/- 1.5dB accuracy.  Using the “Low” measurement, it can measure noise between 35dB and 90dB.  The sound meter was placed 12 inches from the side panel (which has been removed for this testing), and a wind cover on the sensor.  With an ambient sound level of 35.6 the sound level of the Sapphire Vapor-X R9 290 was evaluated with the IFC on and off, and during different fan speeds, which was adjusted by Sapphire TriXX. 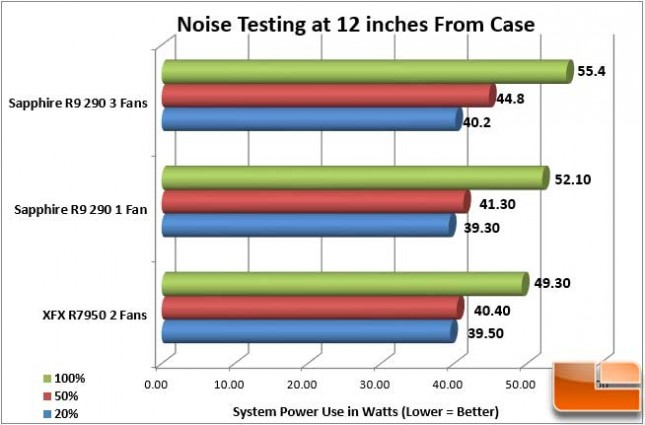 While the chart shows that the Sapphire Vapor-X R9 290 does produce a noticeable noise increase, it should be noted that during our testing, the fans did not go above 40% when conducting load tests.  If it does go over 50%, you will be able to hear the fans spin up; thankfully it isn’t a loud whine, rather a dull hum.