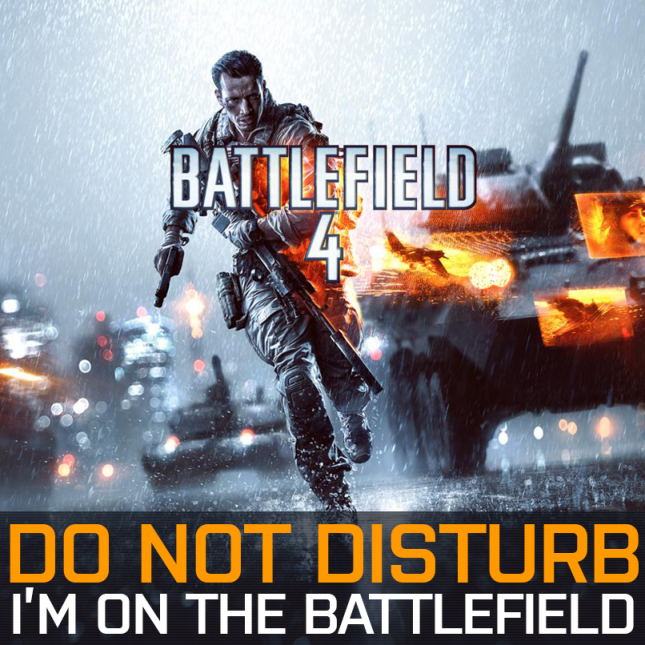 Battlefield 4 is a first-person shooter video game developed by Electronics Arts.  Released at the end of October 2013, it is the first game to use the latest Frostbite 3 engine featuring improved destruction of buildings and the environment very realistically and greatly improved animations. Battlefield 4 was also the first game to support AMD’s Mantle API, which we covered here. 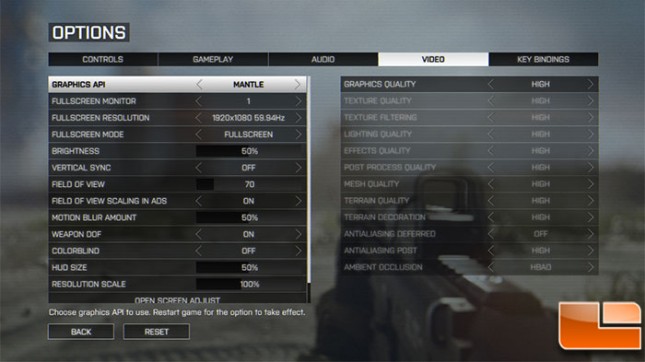 Running at 1920×1080 in fullscreen mode, the graphics quality was set to High to utilize the preset configuration.  Like previous Battlefield games, there is no pre-configured benchmark for Battlefield 4.  In order to have it be as similar as possible, part of the first mission, Baku, will be used.  FRAPS will be started just after exiting the sewer tunnel and the same path will be run for each test. 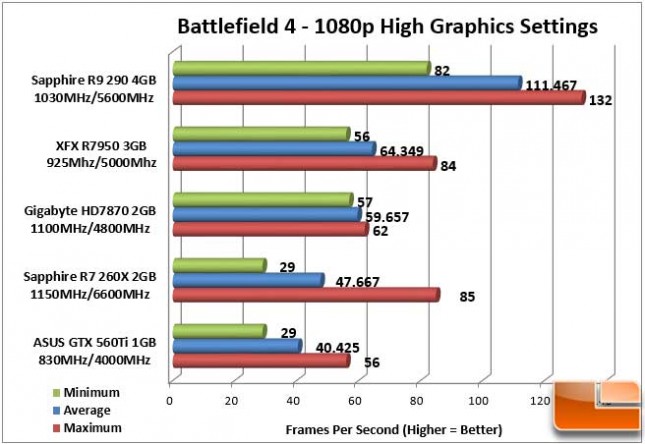 While Battlefield 4 did not receive as huge of a boost in performance that Batman Arkham Origins did, it still received a 73% boost over the R7950.  The average FPS came in at 111.467 which will make for a very smooth game session.