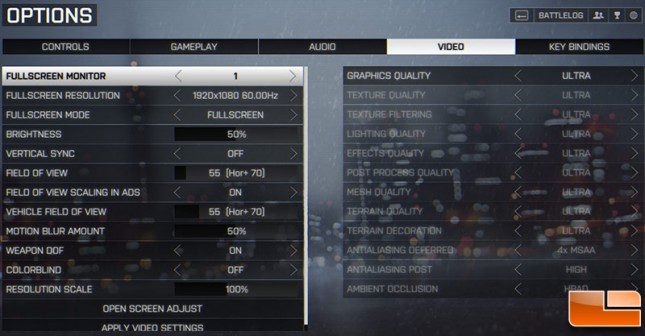 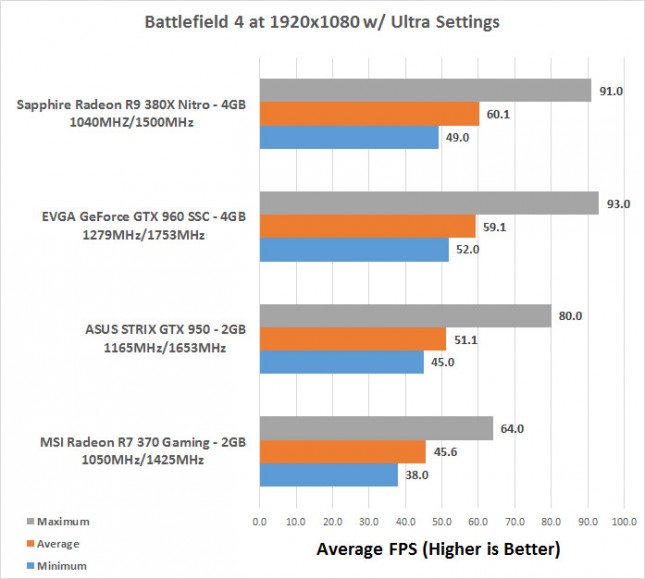 Benchmark Results: In Battlefield 4 with Ultra settings at Full HD 1080P resolutions we found that all three video cards were somewhat close, but the ASUS GeForce GTX 950 STRIX 2GB was more than 10% faster than the MSI Radeon R7 370 2GB video card. 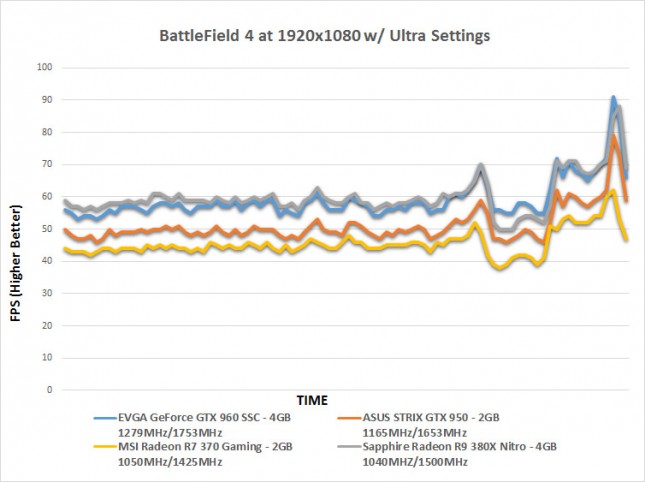 Benchmark Results: Here is a look at the performance over time and you can see that the ASUS GeForce GTX 950 STRIX was faster than the MSI Radeon R7 370 across the entire benchmark run!