We spent an afternoon overclocking the Sapphire Radeon R9 380X Nitro OC 4GB video card to see how much higher we could get the clock speeds. 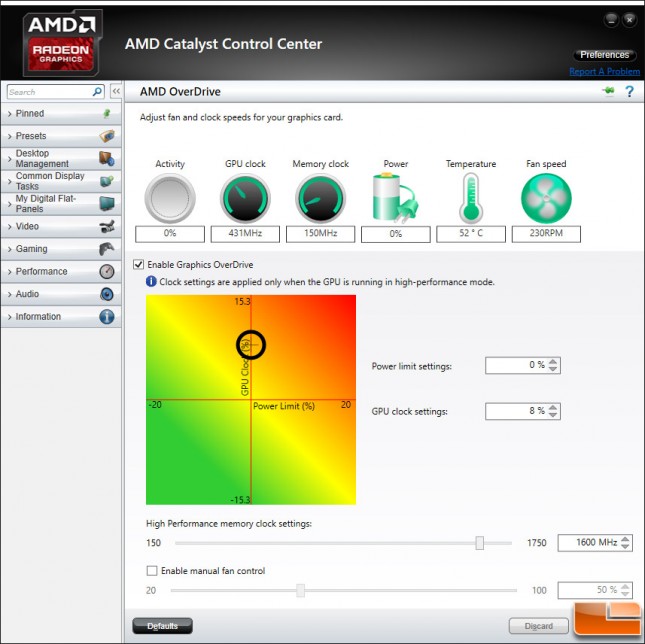 In case you forgot, the Sapphire Radeon R9 380X Nitro graphics card is already factory overclocked up to 1040 MHz base and the 4GB of GDDR5 memory is clocked at 1500MHz (6000 MHz effective). 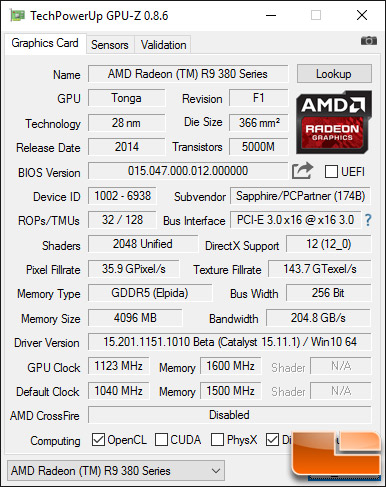 By using the AMD OverDrive utility to overclock the card we were able to take the core of the GPU up to 1123 MHz and the memory to 1600 MHz (6400 MHz effective). This isn’t a huge overclock, but it’s an 8% increase on the GPU clock speeds and that should give us a nice gain when gaming. 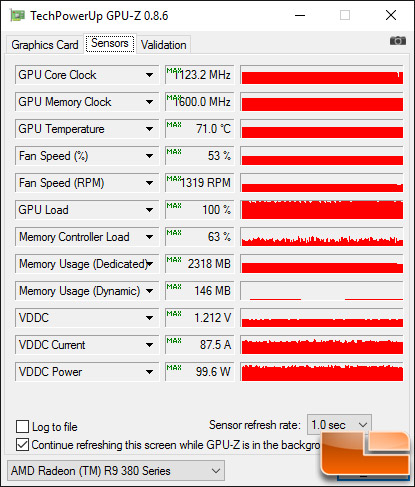 With this overclock we found that while gaming that the card used 13W more power on average and was running 1C hotter with the fans running about 35 RPM faster. This made the card noise go up to 49.3 dB (48.6dB stock when gaming), which isn’t that bad.

By overclocking the Sapphire Radeon R9 380X Nitro OC 4GB video card we were able to take the stock score of 8,198 and raise it up to 8,634. This is a 436 point increase in our overall 3DMark score, which represents a performance gain of 5.3 percent. 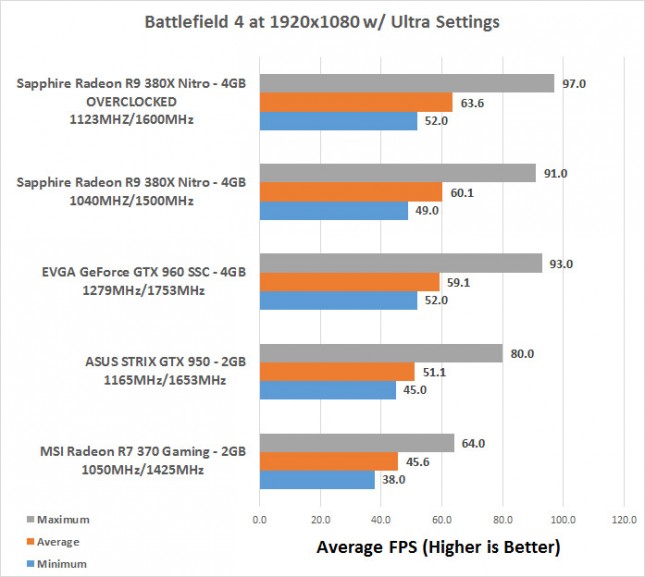 In BF4 we also saw a 5.8% performance increase as well, so you can get a significant performance boost by overclocking this card. Who doesn’t want a little more gaming horse power if its free?