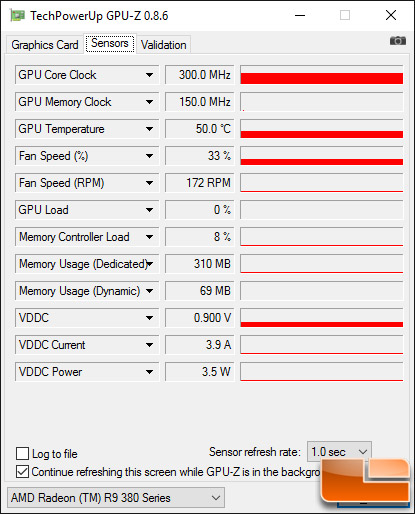 The Sapphire Radeon R9 380X Nitro OC video card had no fans spinning when we the system is only one for a couple minutes, but once the cards heatsink warms up the fan slowly spins at 172 RPMs. It was spinning so slow that you couldn’t hear any fan noise over the CPU’s closed-loop water cooler and the temperature of the system was observed being 50C. 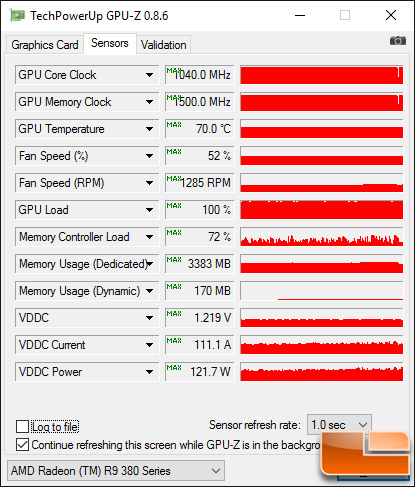 When gaming we hit 70C in a room where the temperature was 67F (20.5C) after playing Star Wars Battlefront for about an hour, so the load temps are certainly acceptable.Note the fan speed got up to 1285 RPM and we were using about 3.4 GB of the cards 4GB frame buffer on our 1080p test suite! 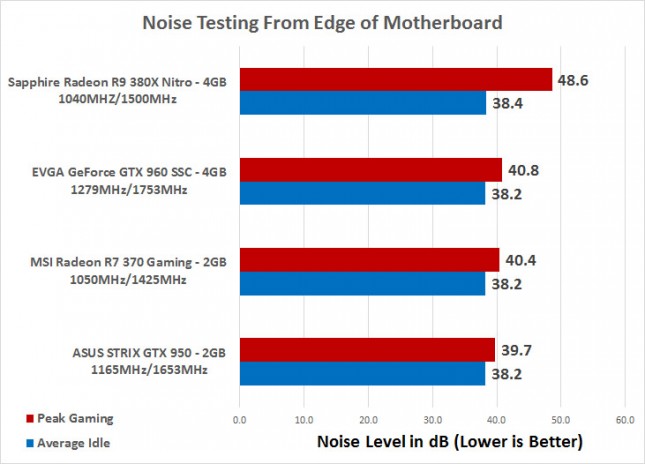 The only card that has fans spinning at idle is the Sapphire Radeon R9 380X Nitro and they are spinning under 200 RPM, so the idle noise is basically same on all of the cards. The reason the system is above ambient noise levels is due to CPU’s water cooler fans and pump noise. We didn’t notice any choke noise when gaming, but the fan speed was up to ~1300 RPM while gaming and that increased the noise level up to 48.6 dB.